Cyclone Shaheen: How did it get its name?

The IMD added that the cyclone Gulab, which started in the Bay of Bengal, could re-emerge as cyclone ‘Shaheen' in 2-3 days.
FPJ Web Desk 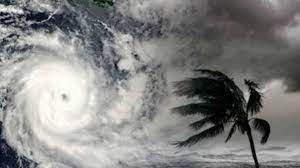 Mumbai: On September 24, the Joint Typhoon Warning Center or JTWC noted a cyclone emerging from the east-Central Bay of Bengal and moving towards India from Bangladesh, it was named 'Gulab' suggested by Pakistan meaning 'rose' in English.

However, the IMD added that the cyclone Gulab, which started in the Bay of Bengal, could re-emerge as cyclone ‘Shaheen' in 2-3 days.

Cyclone Shaheen that is likely to form over the Arabian Sea on Friday is among two extremely intense weather systems developing over India’s eastern and western parts, which could lead to widespread and extremely heavy rain in parts of the country, India Meteorological Department (IMD) said on Wednesday.

What is cyclone Shaheen, where did it come from, and how did it get its name?

The IMD said that the situation where a single system in the Northern Indian Ocean can create two cyclones is not unprecedented. In case of re-intensification of the remnant, a new name is given to the system.

The next five cyclones after Cyclone Gulab that would occur over the North Indian Ocean including the Bay of Bengal and the Arabian Sea are Cyclone Shaheen, Cyclone Jawad, Cyclone Asani, Cyclone Sitrang, and Cyclone Mandous.

The practice of naming storms and cyclones began years ago that will help in easy and quick identification of storms in warning messages instead of using technical terms and numbers. It is important to note that tropical cyclones /hurricanes are named neither after any particular person nor with any preference in alphabetical sequence.

The tropical cyclone/hurricane names selected are those that are familiar to the people in each region. Shaheen, Gulab, Tej, Agni, Aag are among the 169 names selected by 13 countries for christening future cyclones in the north Indian Ocean, the Arabian Sea, and the Indian Ocean, India Meteorological Department has said. According to the IMD guidelines, the proposed name should be neutral to politics, political figures, religious beliefs, cultures, and gender.

The names of cyclones in the region are chosen by 13 countries: India, Bangladesh, Myanmar, Pakistan, the Maldives, Oman, Sri Lanka, Thailand, Iran, Qatar, Saudi Arabia, the United Arab Emirates, and Yemen. According to the criteria, the names are chosen so that they are easy to remember and do not have any inflammatory meanings. Watch video: Be prepared for more, warns IMD as rains continue to lash Mumbai due to Cyclone Gulab...
Advertisement