COVID-19: Amid crisis, Oxygen Express to deliver 244 tonnes of oxygen to Delhi

With the arrival of two more Oxygen Expresses today, Delhi would see nearly 450MT of LMO in 24 hours

As the battle between the Delhi High Court and the Centre goes on over the supply of oxygen amid crisis situation of COVID-19, the Ministry of Railways has announced that the union territory will receive more than 244 metric tonne cumulative of Liquid Medical Oxygen by today itself.

As per a media release, the oxygen express carrying the oxygen are on its way from Hapa and Mundra. With the arrival of two more Oxygen Expresses today, Delhi would see nearly 450MT of LMO in 24 hours.

Of the total 382 MT of LMO being delivered today by Railways, nearly 244 MT would be meant for Delhi, which is nearly 64% of total load being delivered today. Telangana also received its second Oxygen Express from Angul carrying 60.23 MT LMO while Lucknow will receive today 79 tonnes from Bokaro. 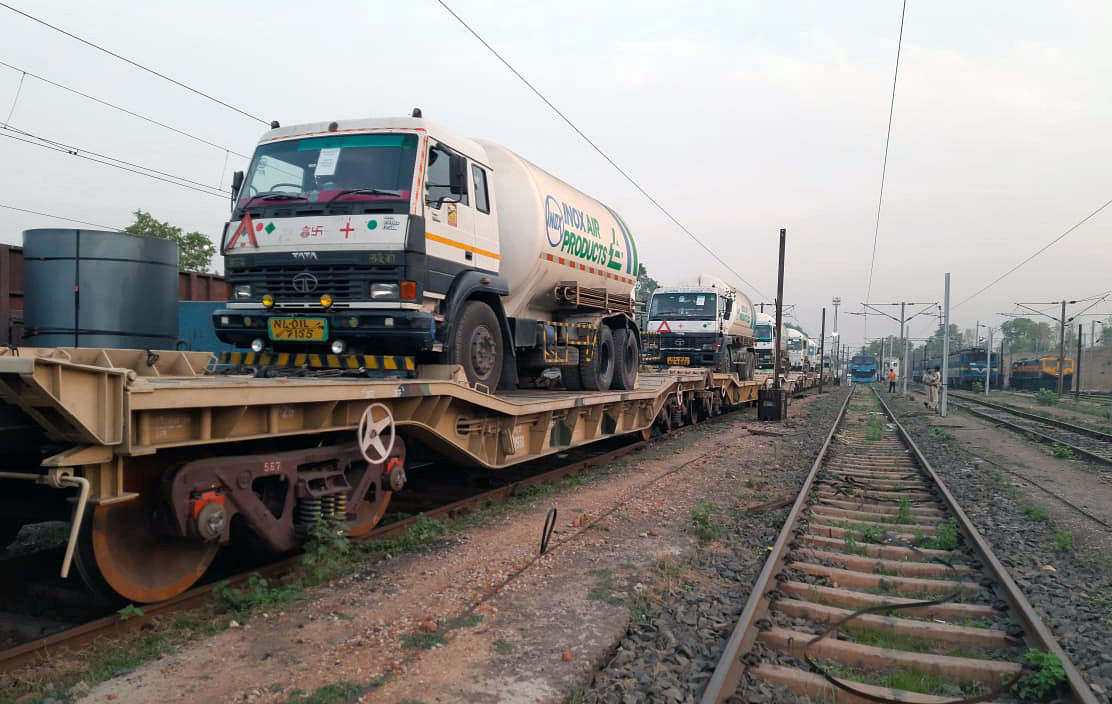 Many countries have been extending support to India for its battle against the COVID-19. India ha sbeen receiving oxygen, ventilators, medical drugs, vaccines from various countries. At least 40 countries have announced medical aid to India so far. Today it received essential medical supplies from several countries, including the US, Ireland, United Arab Emirates and Kuwait, as hospitals in several states and union territories continued to reel under an exponential growth in COVID-19 cases.

Seven tankers each carrying 20 metric tonnes of Liquid Medical Oxygen (LMO) arrive at Mundra Port in Gujarat in the first such shipment of LMO to India.