"India's concerns and objectives ...and immediate priority and the way forward, are similar to many of those around the table," Doval said.

New Delhi: Flagging the persistence of terrorist networks in Central Asia, including in Afghanistan, National Security Advisor (NSA) Ajit Doval on Tuesday emphasised on making countering of terror financing a priority for India and other countries in the region.

Addressing the inaugural meeting of "National Security Advisers/Secretaries of Security Councils" with his counterparts from from Kazakhstan, Kyrgyzstan, Tajikistan and Uzbekistan, Doval said, "Afghanistan is an important issue concerning us all."

"India's concerns and objectives ...and immediate priority and the way forward, are similar to many of those around the table," Doval said.

Turkmenistan was represented by its ambassador to India

Underlining that a peaceful, secure and prosperous Central Asia is in the common interest, Doval Tuesday raised concerns about the presence of terrorist networks in Afghanistan.

"Persistence of terrorist networks in the region, including in Afghanistan is also a matter of deep concern. Financing is the lifeblood of terrorism and countering terrorism should be an equal priority for all of us," he added.

He also asked central Asian countries to call on all UN members to fulfill obligations enshrined in relevant counter-terror conventions and refrain from providing support to entities involved in terror attacks.

Giving the highest priority to the region, NSA Doval noted that Central Asia is India's extended neighbourhood with civilizational linkages to the country.

NSA Doval said that India-Central Asia Summit held in January this year formed the basis of today's meeting. Doval said this meeting comes at a time of great churn in international relations and uncertainty about the future.

"Today's meeting assumes importance, as it provides us an opportunity to discuss matters which require greater cooperation and coordination amongst the regional countries," he added.

"We stand ready to cooperate, invest and build connectivity in the region. While

expanding connectivity it is important to ensure that the initiatives are consultative, transparent and participatory," he added.

This first India-Central Asia coincided with the 30th anniversary of the establishment of diplomatic relations between India and Central Asian countries.

During the Summit, Prime Minister Modi and the Central Asian Leaders discussed the next steps in taking India-Central Asia relations to new heights.

During the summit, the leaders had agreed to institutionalize the Summit mechanism by deciding to hold it every two years.

They also agreed on regular meetings of Foreign Ministers, Trade Ministers, Culture Ministers and Secretaries of the Security Council to prepare the groundwork for the Summit meetings. An India-Central Asia Secretariat in New Delhi would be set up to support the new mechanism. 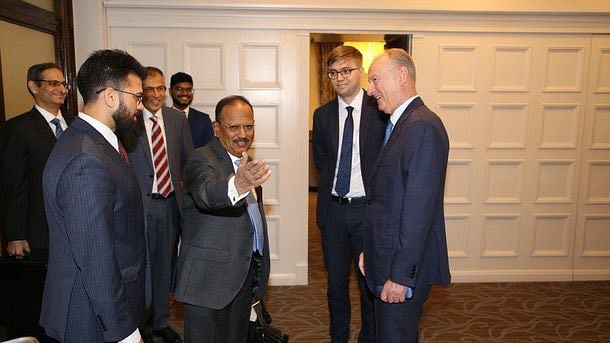