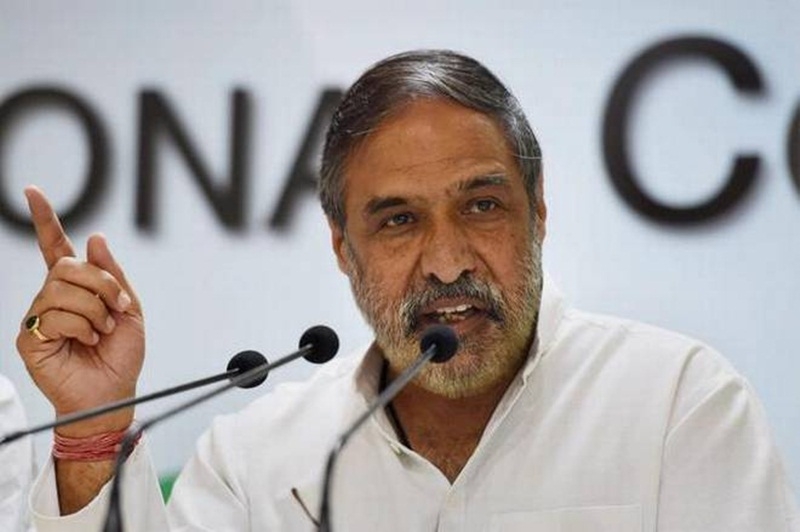 New Delhi: The Congress Thursday termed the NCW notice to Congress chief Rahul Gandhi as ‘politically motivated’ as the party defended its leader and accused the prime minister of ‘lowering’ the political discourse.

“There cannot be double standards, this is politically motivated,” he said when asked about the NCW notice to Gandhi.

“Was the NCW in sleep mode when the prime minister used objectionable language and style against Sonia Gandhi during poll campaign in state assembly polls, while lowering the dignity of his position? He continues to speak in this mode,” Sharma said.

“Why did the women’s commission not give a notice to Narendra Modi then? It should seek a response from him on the words used by him,” the senior Congress leader asserted.

The National Commission For Women earlier issued the notice to the Congress president for his “extremely misogynistic, offensive and unethical” remarks against Defence Minister Nirmala Sitharaman at a rally in Jaipur.

In the notice, the women’s panel said it had taken suo motu cognisance of news reports which appeared in various print and electronic media dated January 9 “wherein it is reported that you have allegedly made remarks insulting against a woman minister”.

“What is Rahul Gandhi trying to imply with his misogynistic statement- “… ek mahila say kaha meri raksha kiijiye.”? Does he think women are weak? The irony- calling an accomplished defence minister of the largest democracy a weak person,” NCW chief Rekha Sharma tweeted.

Gandhi at the farmers’ rally on Wednesday had said, “The watchman with a 56-inch chest ran away and told a woman, Sitharaman ji, defend me. I won’t be able to defend myself, defend me”.

The NCW in the notice said, “It has been reported that you allegedly said “….. the PM ran away and asked a ‘mahila ‘- a veiled reference to Defence Minister Nirmala Sitharaman – to defend him”.

The Commission added that the remarks were extremely misogynistic, offensive, unethical and showed an extreme disrespect towards the dignity and honour of women in general.