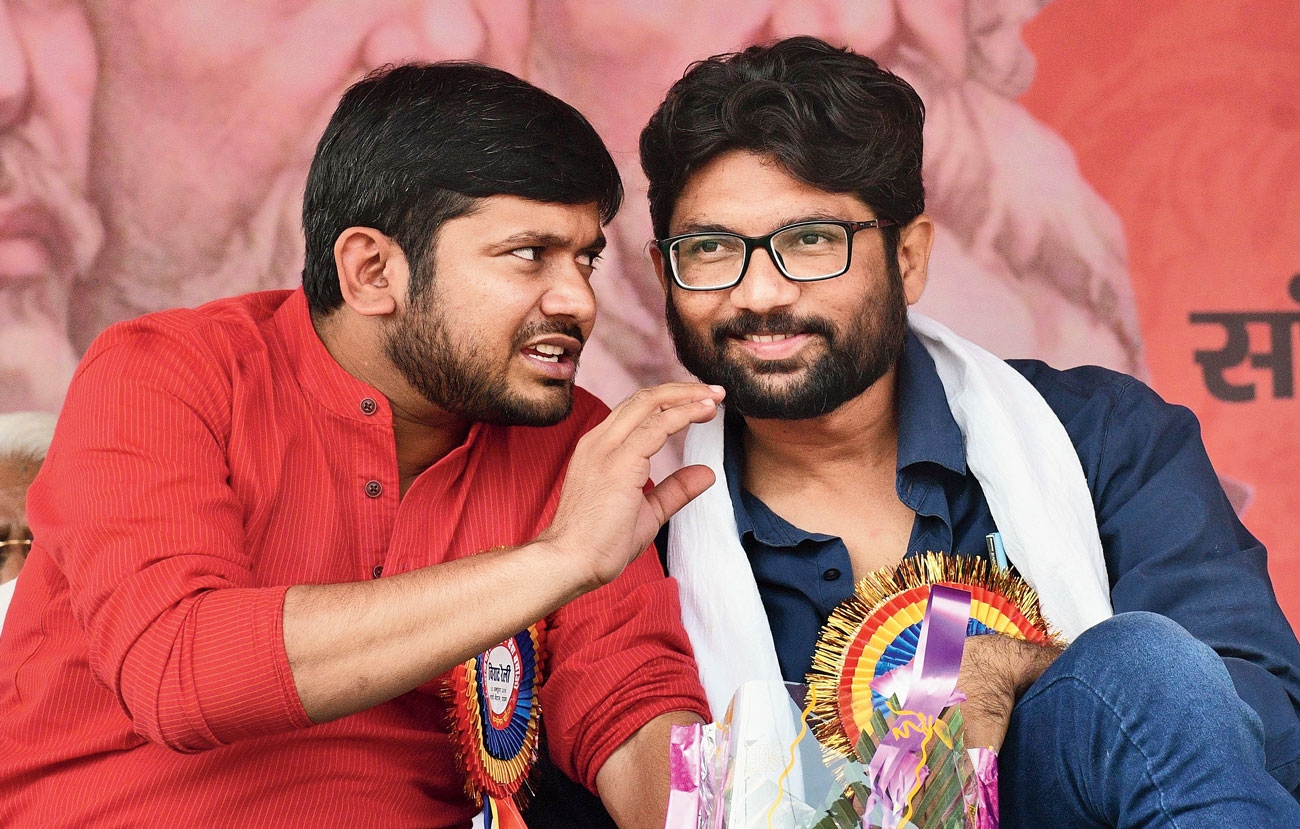 Ahmedabad: Aggressive young leaders and among the most bitter critics of the ruling BJP, Jignesh Mevani and Kanhaiya Kumar, are finally joining the Congress party on September 28 in New Delhi.

Speaking to FPJ correspondent, Jignesh Mevani confirmed the development. Mevani, Independent Dalit MLA from Gujarat, said, “Yes, we -- I and Kanhaiya -- are joining the Congress party in Delhi on September 28.”

Speculations to this effect were already doing the rounds for nearly one month and various dates, including October 2, were being talked about.

This follows a series of meetings they had with Congress leader Rahul Gandhi. They are likely to join in the presence of Gandhi.

Mevani did not spell out the reason for this. He said, “This would be explained in a press conference on that day”. And if they would join in the presence of Rahul Gandhi, as rumoured, he said, “That would be the party’s decision.”

Though the Dalit MLA would not be dragged into this discussion, sources close to him claimed that for over a year he was weighing various options, including joining the Aam Aadmi Party of which he was earlier a spokesperson before he quit after the infamous Una Dalit atrocity in 2016.

He was also exploring the possibility of some national front of sorts of like-minded youngsters like him, Kanhaiya, Chandrashekhar of Uttar Pradesh and even Gujarat Congress working president Hardik Patel. He was in constant touch with them.

However, the Congress party is a natural ally for him and including Kanhaiya Kumar. Mevani was elected from Scheduled Caste seat of Vadgam in North Gujarat’s Banaskantha district in 2017 as an Independent. The Congress, which already had a sitting MLA from there, vacated the seat for him and campaigned for him.

The aggressive legislator recently inaugurated the State’s biggest 13,000-litre oxygen plant by any elected representative after a struggle in the Gujarat High Court. He had sought the court’s direction to the State Government to let the legislators use their discretionary MLA funds to create facilities to tackle the Covid-19 crisis.

The Congress party also joined as a litigant. Before the court gave a directive to this effect, the State Government announced it for all 182 MLAs.

Mevani moved the high court in May 2021 after the account of an NGO, “We The People Charitable Trust”, through which he launched a crowdfunding initiative was frozen by the Charity Commissioner of the State, stating that the MLA is not its trustee.