Six persons who took part in the Clubhouse conversation where obscene and derogatory remarks were made against Muslim women have been identified, the Delhi Police said, adding all six individuals have joined the ongoing investigation into the case.

"All the six were made to join the investigation either at their place of stay or the office," Deputy Commissioner of Police (IFSO), KPS Malhotra told IANS.

The Mumbai Police Cyber Cell has also arrested three men from Haryana in the same case after a complaint was lodged in Mumbai by a woman.

On January 17, a video of a Clubhouse conversation on the topic 'Muslim girls are more beautiful than Hindu girls' went viral on social media.

In the said conversation, the participants were allegedly heard making obscene, vulgar and derogatory remarks targeting Muslim women and girls.

Taking suo-motu cognisance over the issue on January 18, Delhi Commission for Women issued a notice to the Delhi Police Cyber Cell demanding immediate registration of an FIR and punitive action against the alleged persons.

An FIR was then registered under sections 153A (promoting enmity between different groups on grounds of religion, race, place of birth, residence, language, etc. and doing acts prejudicial to maintenance of harmony), 295A (deliberate and malicious acts, intended to outrage religious feelings of any class by insulting its religion or religious beliefs) and 354A (assault or criminal force to woman with intent to outrage her modesty) of the Indian Penal Code at the Special Cell police station.

Sharing further details about all six suspected people, DCP Malhotra informed that of the six people that are being questioned, two are women and one is a minor boy.

The first user was identified as Anchal Anand (username- koko0107), a resident of Kerala. She has admitted to using the name Anchal on Club House. She had participated in a conversation with one Roma. During the chatroom discussion, other members had passed derogatory and vulgar comments regarding women, but Anchal Anand had only passed general remarks. Her mobile phone and notepad have been seized.

The second user was identified as Naumaan Jabber (user name - versace_on_me), a resident of Jodhpur in Rajasthan. He had created an account on the clubhouse in July 2021 in the name of @mr_casanova. He has been using this account continuously since then and created another account on the clubhouse around two months ago in the name of @vercase_on_me (name Toosexytoohandle) as a backup account.

On January 6, at the request of one of his clubhouse friends Akash Suyal, Jabber shared his second account with him. Akash was having his account on the Clubhouse in the name of 'ryuga'. Later Akash changed the name of this account as '2ez4Akash xd' and again changed it to 'Kira xd'.

On January 18, after this incident, Akash informed Naumaan regarding police action and the use of the clubhouse account. Meanwhile, the mobile phone of Nauman has been seized for forensic examination.

The third user was identified as Harsh Pal, a resident of Dehradun in Uttarakhand. He created Clubhouse account '?? hrsh' in June 2021 and the same was deactivated on January 19, after the said incident on January 18.

Harsh Pal further informed that 'Harsh', whose name is mentioned or heard in the conversation (video) was another Harsh. The police have seized his mobile phone and one laptop for forensic examination.

IANS earlier reported about the fourth user identified as Rahul Kapoor, a resident of Lucknow, Uttar Pradesh. During interrogation, he revealed that on directions from one Sallos, he had created the audio chat room in Clubhouse and handed over the moderator key to Sallos.

Sallos joined other members and started talking dirty then he left the group. Rahul disclosed the real name of Kira x as Akash.

The fifth user was a minor who is studying in class 12. During interrogation before his parents, the 17-year-old boy admitted being the moderator of the group.

He had initially created the clubhouse account by the name of Sellos and later changed the account name to Alcoholic Singh. His mobile phone has been seized for forensic examination, the Police said.

The sixth user was also a female identified as Roma Makkar, a resident of Nizammudin. The Police said that she had joined the investigation and had admitted to her voice.

The DCP further informed that no one among the six identified has been arrested in the present case.

"Before proceeding with any arrest, the authenticity of the video recording is to be ascertained. We have to rule out any voice modulation in the video, as the same may affect the trial of the case," Malhotra said.

According to the official, the only evidence in the present case is the first source, who had video recorded the audio conversation.

"That is the only evidence of the vulgar remarks, as the app does not record the audio conversations in the chat rooms," he added.

Before making any arrest in the case and proceeding further, the DCP said that the authenticity of the video and the voice matching of the alleged persons is to be ascertained. 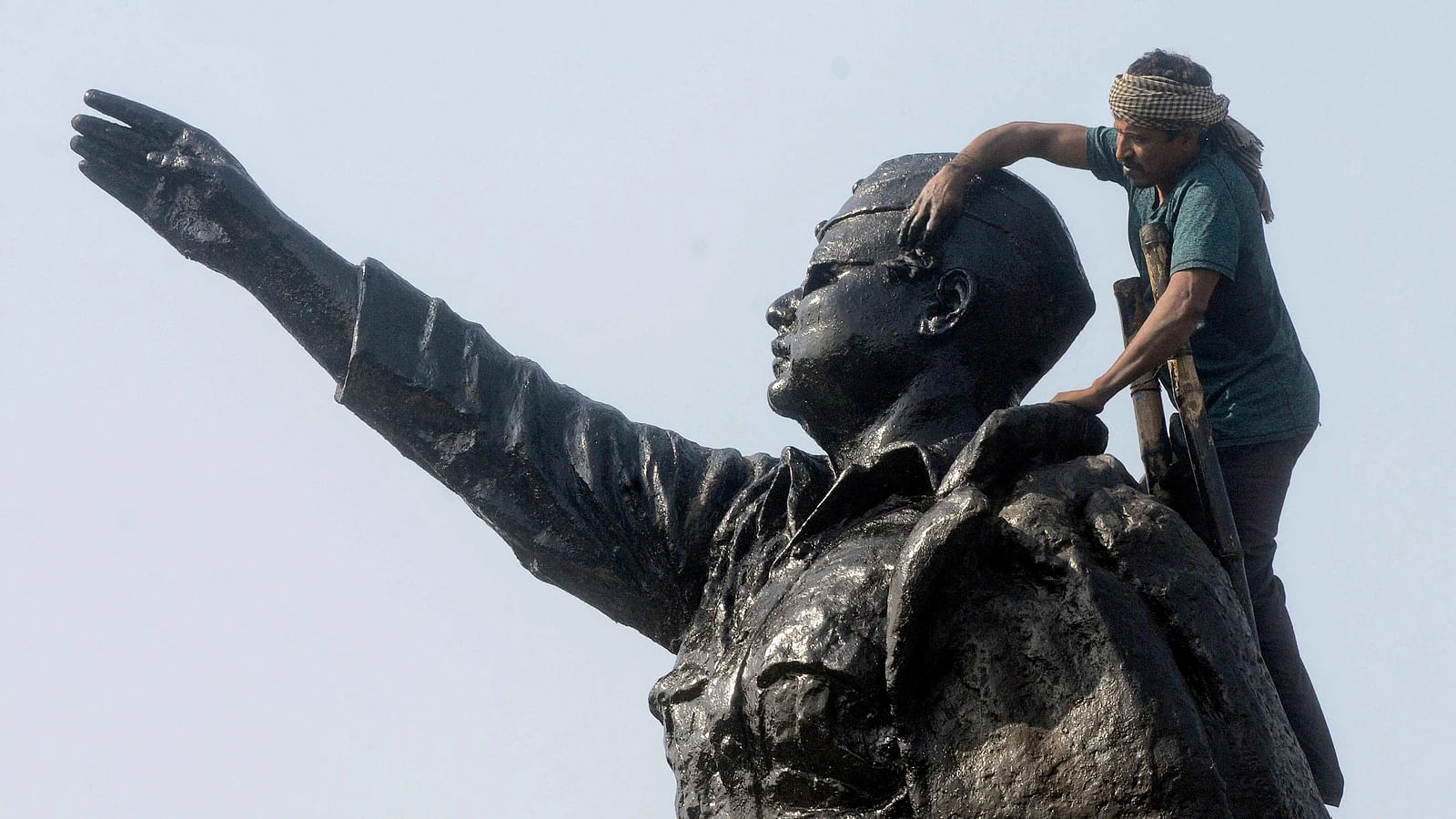 Every Indian proud of Netaji's monumental contribution to our nation: PM Modi