Hafiz Talha Saeed, 46, is a key leader of the dreaded terrorist group LeT and the son of 26/11 Mumbai terror attacks mastermind Hafiz Saeed.

China puts hold on proposal by India, US at UN to blacklist Pakistan-based LeT terrorist Hafiz Saeed |
Follow us on

United Nations: China on Wednesday put a hold on a proposal by India and the US at the United Nations to blacklist Pakistan-based militant Hafiz Talah Saeed, the son of Lashkar-e-Taiba chief Hafiz Saeed, in the second such move within two days.

Hafiz Talha Saeed, 46, is a key leader of the dreaded terrorist group LeT and the son of 26/11 Mumbai terror attacks mastermind Hafiz Saeed.

In April this year, he had been declared a terrorist by the Indian government.

It is learnt that China placed the hold on the proposal to add Hafiz Talah Saeed under the 1267 Al Qaeda Sanctions Committee of the UN Security Council. It is the second time in less than two days that Beijing put a hold on the bid submitted by India and the US to designate a Pakistan-based terrorist as a global terrorist.

In a notification, India's Home Ministry had said that Hafiz Talha Saeed has been actively involved in recruitment, fund collection, and planning and executing attacks by the Lashkar-e-Taiba (LeT) in India and Indian interests in Afghanistan.

He has also been actively visiting various LeT centres across Pakistan, and during his sermons propagating for jihad against India, Israel, the United States of America and Indian interests in other western countries, it had stated.

Hafiz Talha Saeed is a senior leader of the LeT and is the head of the cleric wing of the terrorist organisation.

Read Also
Who is Abdul Makki? US-designated terrorist who is related to Hafiz Saeed 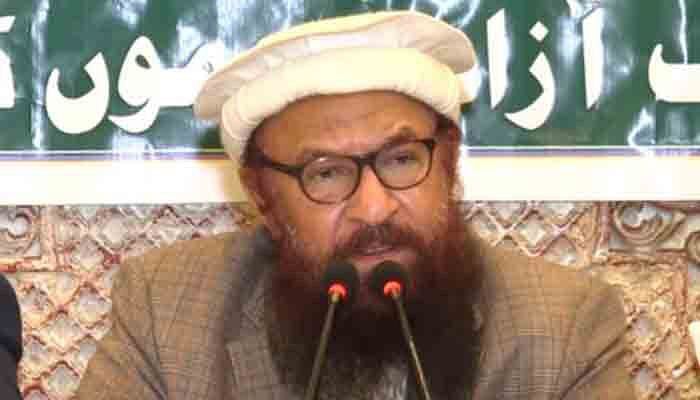 China on Tuesday put a hold on a proposal by India and the US at the United Nations to list Pakistan-based Lashkar-e-Taiba leader Shahid Mahmood as a global terrorist.

Beijing placed a hold on the proposal by India and the US to designate Mahmood, 42, as a global terrorist under the 1267 Al Qaeda Sanctions Committee of the UN Security Council.

The US Department of Treasury had designated Mahmood as well as another LeT leader Muhammad Sarwar in December 2016 as part of the action "to disrupt LeT's fundraising and support networks."

According to information on the US Department of the Treasury's website, Mahmood "has been a longstanding senior LeT member based in Karachi, Pakistan, and has been affiliated with the group since at least 2007. As early as June 2015 through at least June 2016, Mahmood served as the vice chairman of Falah-i-Insaniat Foundation (FIF), a humanitarian and fundraising arm of LeT."

In 2014, Mahmood was the leader of FIF in Karachi. In August 2013, Mahmood was identified as a LeT publications wing member, the website said.

"Mahmood was previously part of LeT's overseas operations team led by Sajjid Mir..Additionally, in August 2013, Mahmood was instructed to forge covert links with Islamic organizations in Bangladesh and Burma, and as of late 2011, Mahmood claimed that LeT's primary concern should be attacking India and America," the US Department of Treasury said.

This is the fifth time in four months that China has put a hold on listing proposals to designate Pakistan-based terrorists under the 1267 Al Qaeda Sanctions Committee regime.

In June this year, China put a hold, at the last moment, on a joint proposal by India and the US to blacklist Pakistan-based terrorist Abdul Rehman Makki under the 1267 Al-Qaida Sanctions Committee of the UN Security Council. Makki is a US-designated terrorist and brother-in-law of Hafiz Saeed.

New Delhi and Washington had put in a joint proposal to designate Makki as a global terrorist under the 1267 ISIL and Al Qaida Sanctions Committee of the UN Security Council but Beijing placed a hold on this proposal at the last minute.

Then in August, China again put a hold on a proposal by the US and India to blacklist Abdul Rauf Azhar, the senior leader of Pakistan-based terror organisation Jaish-e-Mohammed (JEM).

The US Department of Treasury had in December 2010 designated "Abdul Rauf Azhar for acting for or on behalf of JEM."

The US said as a senior leader of JeM, Abdul Rauf Azhar "has urged Pakistanis to engage in militant activities. He has served as JEM's acting leader in 2007, as one of JEM's most senior commanders in India, and as JEM's intelligence coordinator. In 2008 Azhar was assigned to organise suicide attacks in India. He was also involved with JEM's political wing and has served as a JEM official involved with training camps."

Mir is one of India's most wanted terrorists

In September, Beijing put a hold on a proposal moved at the United Nations by the US and co-supported by India to designate Lashkar-e-Tayyiba terrorist Sajid Mir, wanted for his involvement in the 26/11 Mumbai terrorist attacks, as a global terrorist.

Mir is one of India's most wanted terrorists and has a bounty of USD5 million placed on his head by the US for his role in the 26/11 Mumbai terror attacks.

In June this year, he was jailed for over 15 years in a terror-financing case by an anti-terrorism court in Pakistan, which is struggling to exit the grey list of the Paris-based Financial Action Task Force (FATF).

Pakistani authorities had in the past claimed Mir had died, but Western countries remained unconvinced and demanded proof of his death. This issue became a major sticking point in FATF's assessment of Pakistan's progress on the action plan late last year.

Mir is a senior member of the Pakistan-based LeT and is wanted for his involvement in the November 2008 terrorist attacks in Mumbai.

"Mir was LeT's operations manager for the attacks, playing a leading role in their planning, preparation, and execution," the US State Department has said.

Peace and tranquillity in the border areas remain the basis for normal ties between India and China and "new normals of posture" will inevitably lead to "new normals of responses", External Affairs Minister S Jaishankar said on Tuesday, amid the lingering standoff in eastern Ladakh.

Delving into Sino-India relations following the border row, he said the last few years have been a "period of serious challenge", both for the relationship and for the prospects of Asia, noting that continuation of the current impasse will not benefit either India or China.

"Peace and tranquillity in the border areas clearly remains the basis for normal relations. From time to time, this has been mischievously conflated with the sorting out of the boundary question," he said.

External Affairs Minister S Jaishankar said in his address to the high-level UN General Assembly session in September had said that "The United Nations responds to terrorism by sanctioning its perpetrators".

"Those who politicise the UNSC 1267 Sanctions regime, sometimes even to the extent of defending proclaimed terrorists, do so at their own peril. Believe me, they advance neither their own interests nor indeed their reputation," he had said.

Amid repeated holds on proposals to designate terrorists under the UN sanctions regime, Jaishankar had told reporters here last month that terrorism should not be used as a political tool and the idea that something is blocked without assigning a reason challenges common sense.

"We do believe that in any process, if any party is taking a decision, they need to be transparent about it. So the idea that something is blocked without assigning a reason, it sort of challenges common sense," Jaishankar had said in New York in response to a question by PTI on the issue of repeated holds and blocks on proposals to list terrorists under the UN sanctions regime.

Earlier also, China, an all-weather friend of Islamabad, has placed holds and blocks on bids by India and its allies to list Pakistan-based terrorists.

May 2019 huge diplomatic win for India at UN

In May 2019, India won a huge diplomatic win at the UN when the global body designated Pakistan-based JeM chief Masood Azhar as a "global terrorist", a decade after New Delhi had first approached the world body on the issue.

A veto-wielding permanent member of the UN Security Council, China was the sole hold-out in the 15-nation body on the bid to blacklist Azhar, blocking attempts by placing a "technical hold".