A 20-year-old man on Saturday slit the throat of his lover with a sharp-edged knife on the suspicion of infidelity besides killing his one-year-old baby girl in the capital city Raipur.

The accused was identified as Vicky Yadav (20) while the deceased is Reema Yadav (19). Vicky hails from Jora village in Raipur district while Reema was a resident of Patan village in Durg district, Raipur Senior Superintendent of Police Ajay Yadav informed. They met at a marriage function a few years ago and entered in a relationship, SSP said.

However, in the year 2018-19, Reema had lodged rape case against the accused. The accused got bail from the court after he promised to marry her. One year ago, Reema gave birth to a baby girl. 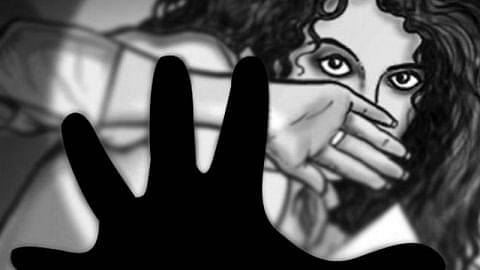 On Friday night, the incident took ugly turn when Reema came to meet the accused in Jora locality on the outskirts of the capital city Raipur.

The girl pressurized the accused to marry her. As he suspected her fidelity, again refused to marry her. The argument turned into fight as she threatened him to again send him and his family into the jail in rape case.

And in a fit of rage, the accused slit her throat with a sharp edged knife and strangled her one-year-old baby girl and threw her on the nearby railway tracks.

The police have lodged case under section 302 and 201 of IPC for murder and arrested the accused, the SSP said.