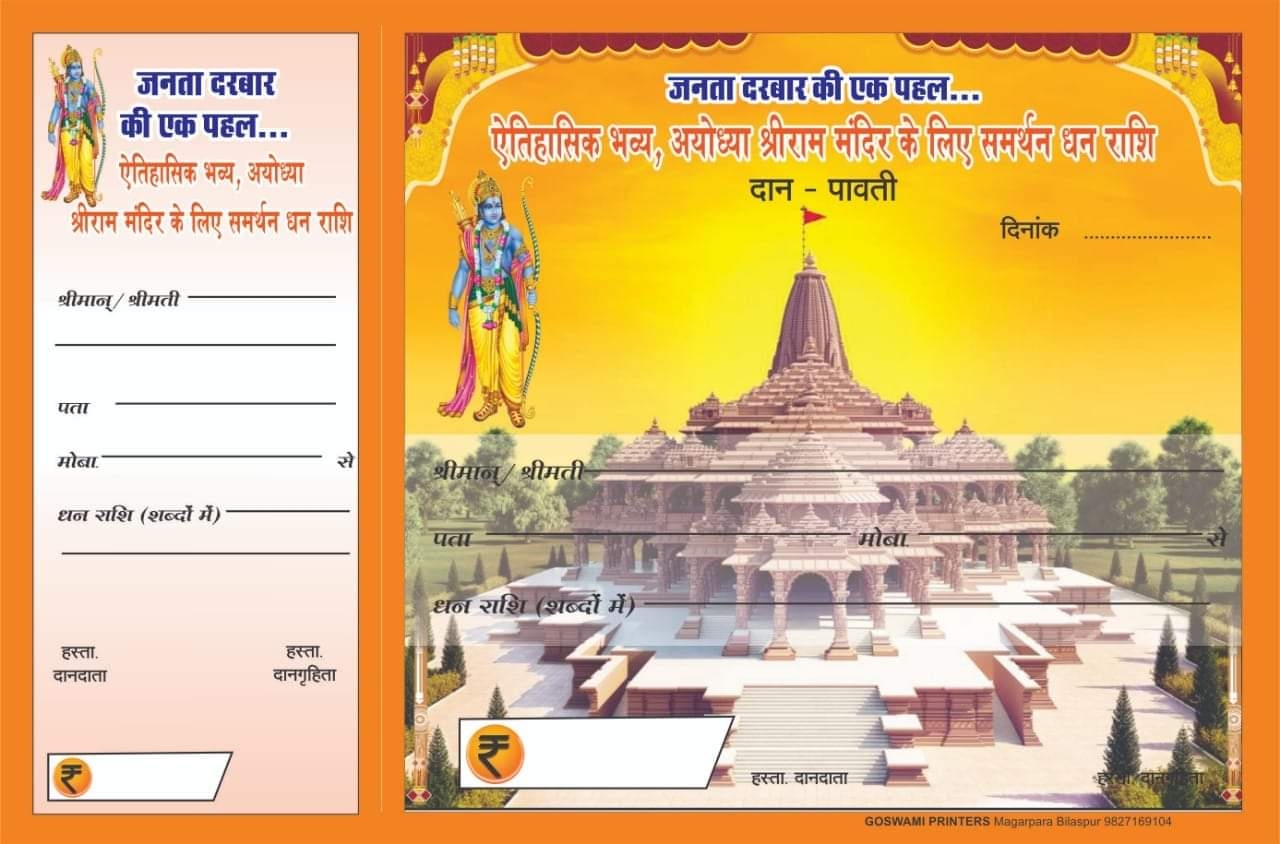 Raipur: The matter of fund collection for under construction Ram Temple in Ayodhya took another turn when Chhattisgarh’s Bilaspur police lodged FIR against Republican Party state president under charges of forgery.

The action was taken on the complaint of Sandip Gupta and Lalit Makhija who were authorized by ‘Ram Mandir Construction Central Committee’ for local fund collection. The collected fund is known as Samarpan Fund.

All the donors were given receipts issued by committee. Meanwhile, nobody is authorized to give a personal account number in the receipt or get printed personally.

Aafle had not only printed the receipt personally and given her account number in it but also appealed people on social media for donation, the SHO said.

Police are further probing the case to know how much amount she collected.

It must be noted that Republican Party leader Ramdas Aathwale is a Union Minister in the NDA Government.