Mayhem at CRPF camp in Chhattisgarh's Sukma as Constable Reetesh Ranjan opened fire on fellow jawans at 3.15 am
FPJ Bureau 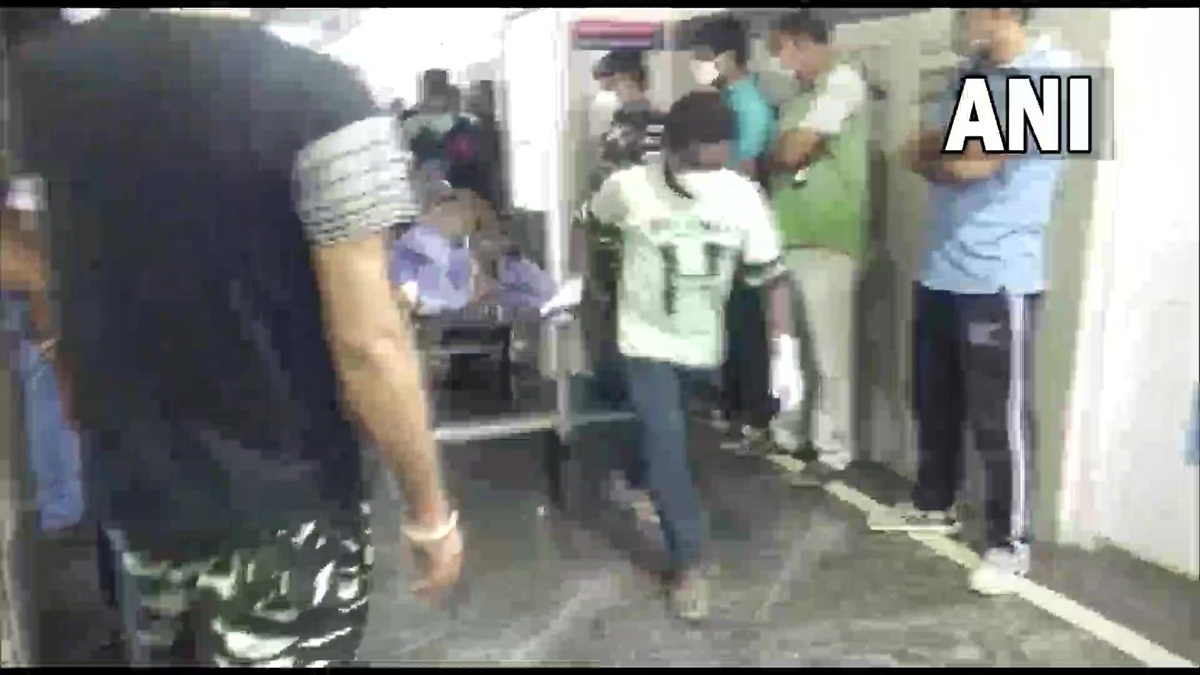 Raipur: Four CRPF jawans were killed and three others injured after their colleague opened fire at them in a camp of the paramilitary force in Chhattisgarh's Sukma district on Monday. The incident took place around 3.15 am in the camp of CRPF’s 50th battalion in Linganpalli village under Maraiguda Police Station, located nearly 400 km from the state capital Raipur, Inspector General of Police (Bastar range) Sundarraj P said.

As per preliminary information, constable Reetesh Ranjan fired at his colleagues with his service weapon, an AK-47 rifle, the official said. The seven injured jawans were immediately shifted to a hospital in nearby Bhadrachalam area of neighbouring Telangana, where doctors declared four of them dead on arrival, the official said.

Those killed were identified as constables Rajmani Kumar Yadav, Rajib Mondal, Dhanji and Dharmendra Kumar, he said, adding that three other injured personnel were being treated at the hospital.

“The motive behind the firing is yet to be ascertained and an investigation is on into the incident,” the official said. Constable Ranjan was immediately held and his interrogation is under way, he said. Sukma Superintendent of Police Sunil Sharma told PTI that Ranjan was scheduled to be on sentry duty at the camp from 4 am and after getting ready for it, he allegedly opened fire at his colleagues who were sleeping in a barrack. “Around 40 to 45 jawans were sleeping inside the barrack at that time. After all the bullets in Ranjan's rifle got exhausted, he was overpowered and captured by some of his colleagues who woke up on hearing the sound of gun shots,” the official said.

“As per preliminary information, Ranjan and the victims had been exchanging jokes and teasing each other for last two-three days. The accused might have been offended with the teasing and hence, took such a step,” Sharma said. However, the exact motive behind the incident will be known after an investigation, he said.

Two of the three injured jawans were being airlifted to Raipur for further medical assistance, while another jawan was undergoing treatment at Bhadrachalam, a statement from the Chhattisgarh government said. Of the deceased jawans, three belonged to Bihar and one was from West Bengal, it said.

In his condolence message, Chief Minister Bhupesh Baghel termed the incident as “unfortunate” and expressed grief over it. Baghel also asked police officers to take necessary steps to ensure such incidents do not recur. He instructed authorities to provide best treatment to the injured jawans.

With this incident, as many as 15 security personnel have died in five cases of fratricide in the state in last three years, according to police officials. In a similar incident on January 29 this year, a CRPF jawan was killed and another one injured after their colleague opened fire at them in their camp in the state's Bastar district. The offender had then tried to commit suicide by shooting himself, they said.

On May 29 last year, two Chhattisgarh Armed Force (CAF) jawans were killed and another one injured after an assistant platoon commander of their unit opened fire at them at a camp in Narayanpur district.

On December 4, 2019, six Indo-Tibetan Border Police (ITBP) jawans were killed at the camp of 45th battalion of the paramilitary force in Narayanpur district in a similar incident.

In the wake of such incidents of fratricide and suicide, the Chhattisgarh Police in June last year launched a special campaign, titled 'Spandan', for security staff to overcome mental stress and depression.