After a delay of fifteen days, the Chhattisgarh government has constituted a committee of public representatives and local administration to collect facts about the Silger firing incident. The Chief Minister Office made an official statement about the constitution of the committee on Tuesday.

In the police firing incident, three tribals were killed last month. The move was initiated based on the directives of Chief Minister Bhupesh Baghel, and the committee, headed by Bastar MP Deepak Baij, will interact with villagers and gather facts about the firing, the government official of Chhattisgarh Jansampark said.

The committee comprises MLAs from the Bastar region and officials from the local administration, he said.

Notably, three tribal villagers were killed and around 18 people injured in the gun firing, followed by a stampede near a camp at Silger in the insurgency-hit Sukma district on May 17. Later on, a pregnant lady injured in the incident also succumbed to injuries, the tribals alleged. 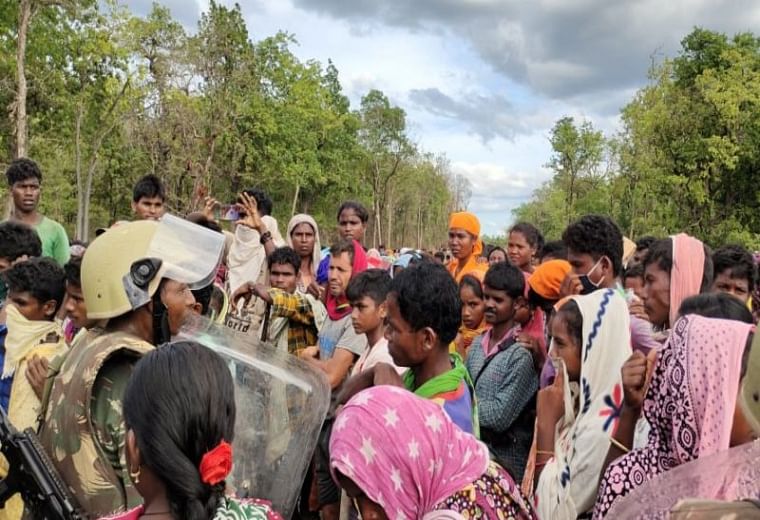 The villagers had been staging a demonstration against the opening of the CRPF camp since May 12 and demanded its removal. According to the police, the protest ended on the night of May 16, but the Naxals again forced villagers to gather near the camp the next day.

Villagers allegedly pelted stones, and also allegedly tried to set fire to two mine-protected vehicles (MPVs). Meanwhile, armed Naxals hiding in the crowd opened fire, prompting the security forces to launch retaliatory action, which resulted in the death of three persons, the police said. However, a magisterial inquiry was ordered to investigate the incident.