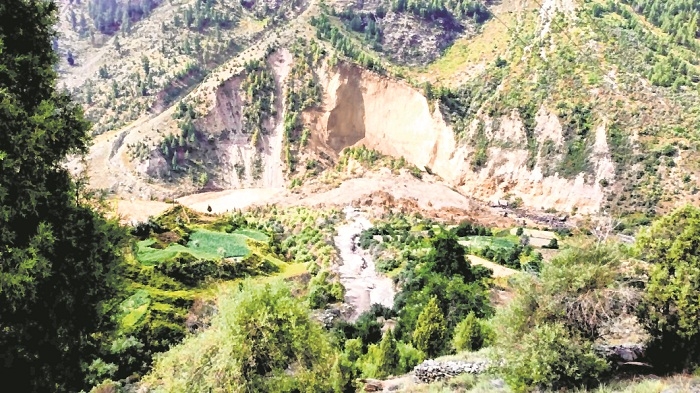 A landslide occurred near Nalda village in Lahaul Spiti, on Friday. | ANI

A landslide blocked the flow of the Chandrabhaga river in Himachal Pradesh's Lahaul-Spiti on Friday morning, leading to the flooding of some homes and fields in two villages, an official said.

Four houses of Tarang and Jasrat villages were affected due to the flooded water after the blockage of the Chandrabhaga river, he said.

Mokhta stated that the two villages were hit due to the flooded water, and four houses of Sukh Chand, Devi Chand, Ramesh Lal and Prem Lal got affected.

Five cowsheds, a sheep and a calf were also washed away, and a 30 bigha agricultural land got flooded, Mokhta added.

The soil study team has reached the incident site to inspect the area, he said.