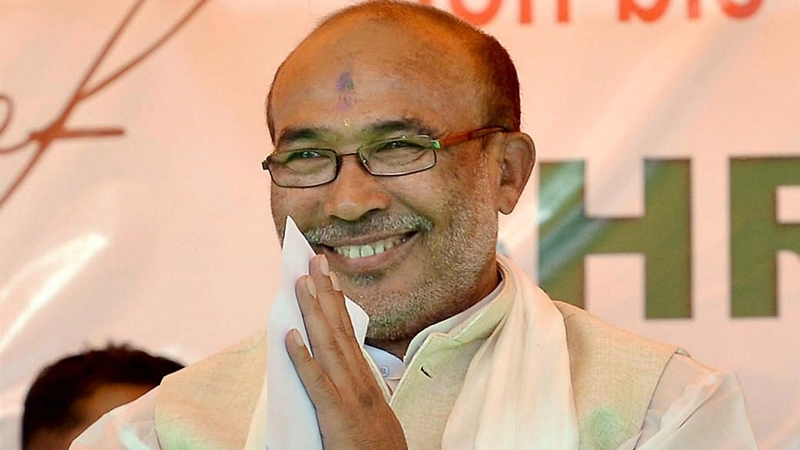 Imphal: Chief Minister N Biren Singh on Wednesday strongly condemned an "announcement" made in the United Kingdom by two separatists about forming Manipur government in exile and said a case has been registered against the duo for allegedly "waging war against the state".

"The government takes it very seriously and has registered a case for waging war against the state. The case has been handed over to Special Crime Branch for an immediate investigation," Singh told ANI.

The chief minister asserted that after finding out all the details of the case, it will be handed over to the National Investigation Agency (NIA) because the two are operating from other countries.

According to reports that surfaced in media, two dissident leaders - Yamben Biren and Narengbam Samarjit set up a 'Manipur Government in exile' in the UK on Tuesday on behalf of the erstwhile King Leishemba Sanajaoba.

They also claimed that they had been granted political asylum in the UK in August.

Responding to their claims, Sanajaoba said: "I condemn this in the strongest term, it was shocking that they two dragged my name in the case. This will create negative energy in society." The separatists claimed that their "attempts to engage with the Indian government were met with hate and hostilities" and alleged that more than 1,528 cases of "extrajudicial killings" are pending in Supreme Court.