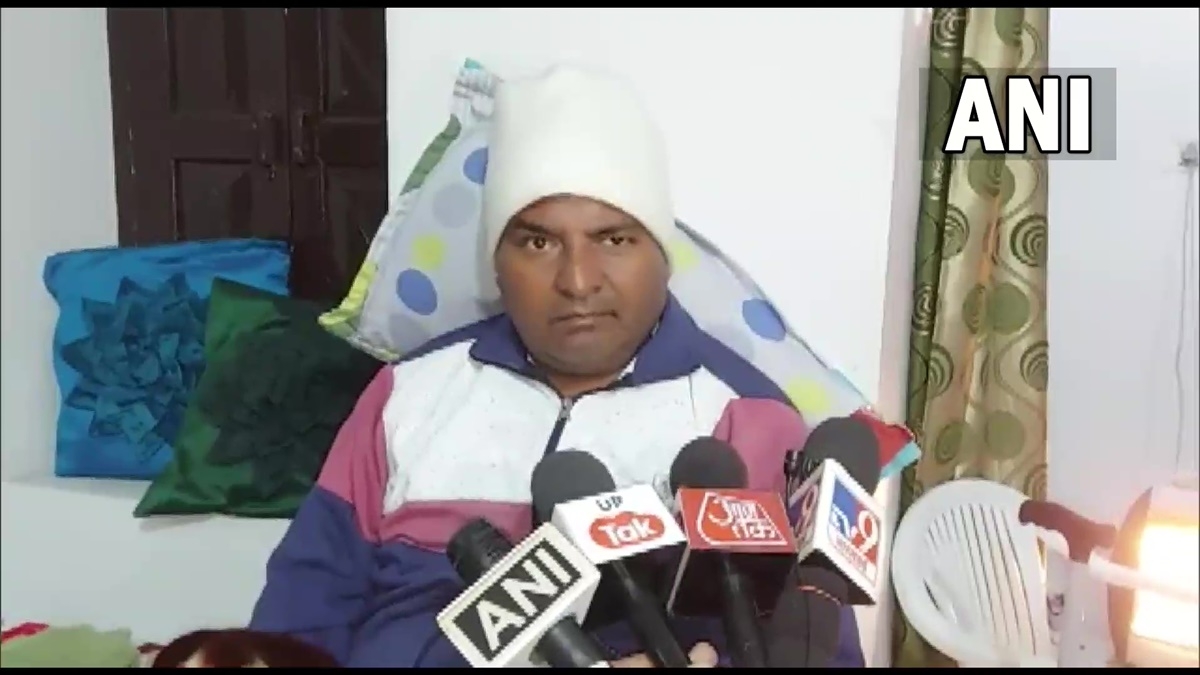 Etawah (Uttar Pradesh): BJP MLA from Bidhuna, Vinay Shakya has refused his daughter's claim about his kidnapping and clarified that he is with Swami Prasad Maurya and will join the Samajwadi Party.

"I am with Swami Prasad Maurya and will join Samajwadi Party, said BJP MLA Vinay Shakya on Wednesday," days after his daughter claimed that he has been kidnapped.

Meanwhile, Devesh Shakya, brother of Vinay Shakya, demanded protection from the police. "A few people blocked my way when I was returning to Etawah. I feel threatened. I request the district administration to deploy more officials for our protection," he said.

On Monday, Vinay Shakya's daughter Riya Shakya had alleged that her uncle Devesh had forcefully taken her father to Lucknow In a purported video, Riya Shakya said, "You all know that my father was paralyzed a few years back, after which he is unable to walk. My uncle Devesh Shakya took advantage of his illness and started indulging in personal politics in his name." However, the Uttar Pradesh police have termed her claims as baseless on Tuesday.