Kolkata: At a time when all the political parties have released their candidates list for the upcoming Kolkata Municipal Corporation (KMC) polls scheduled on December 19, the West Bengal BJP held a closed-door meeting to decide upon their candidates.

Notably, there were two different meetings dividing the Kolkata zone into two halves North and South Kolkata at the party's Hastings office. The campaign committee of the saffron camp will meet on Sunday and West Bengal state president Sukanta Majumdar is also scheduled to be present in the meeting.

According to BJP sources, the BJP is focusing on celebrity candidates including those who had contested in the recently concluded Assembly polls.

“There are cricketers, actors working in television and also other notable people who had contested in the Assembly polls are also scheduled to get tickets. Rajya Sabha MP Roopa Ganguly, Baishali Dalimya are likely to get tickets,” said the BJP sources.

Incidentally, speculations started that a section of BJP leaders are not interested in the upcoming civic poll after BJP MP Arjun Singh and West Bengal BJP vice president Raju Banerjee remained absent from both the meetings.

Refuting the claims, BJP West Bengal spokesperson Shamik Bhattacharya said that both the leaders are out of station due to personal issues.

A party leader on anonymity said that a team of 100 advocates will also be made that will look into the legal issues of entire Kolkata. 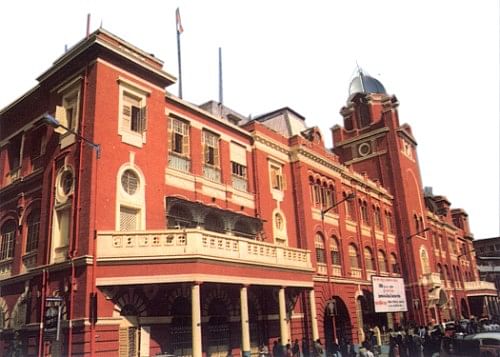