Taking a potshot at Prime Minister Narendra Modi and Rashtriya Swayamsevak Sangh, the Chief Minister said that the country has an "RSS pracharak" as the Prime Minister

Udaipur: Congress leader and Rajasthan Chief Minister Ashok Gehlot alleged that the Bharatiya Janata Party (BJP) benefits from the riots while instigating them.

Speaking to ANI on Sunday, the Chief Minister said, "All accused (in recent riots in different states) are from the RSS-BJP. The party that benefits from riots is instigating them. Is Congress benefitting from riots?... they are just defaming us. Why would Congress instigate riots? Hindutva is their agenda. They play the politics of polarization in elections."

Alleging that the BJP seeks votes in the name of Hindutva, Gehlot questioned the party if the Hindu voters would always vote for them despite "inflation and unemployment".

"The BJP in UP polls didn't field one Muslim candidate out of the 403 seats. What message is being sent to the countries in the world? You are gaining votes by polarising in the name of Hindutva. How long will the Hindus vote for you? There is inflation. There is no employment. There is also an atmosphere of tension," he said.

The Chief Minister further hit out at Union Home Minister Amit Shah and alleged no probe was ordered by the Centre into the violent incidents to "expose the reasons behind the riots" despite his demand for an investigation.

"I had demanded a probe into the violence from Amit Shah as a Chief Minister of a state. A Chief Minister demands probe to ascertain reasons behind riots to avert them in the future. If there is an involvement of a political party, it would be exposed," he said.

"If people from any religion are involved, it would also come to the fore. The conspiracy of an internal or external hand would also be exposed. Why is Union Home Minister Amit Shah not showing courage to order a probe (riots in 7 states)?" Gehlot further said.

Taking a potshot at Prime Minister Narendra Modi and Rashtriya Swayamsevak Sangh, the Chief Minister said that the country has an "RSS pracharak" as the Prime Minister.

"An RSS pracharak is the Prime Minister of this country. The RSS should also accept it. Why don't RSS and BJP merge? Theirs is fake nationalism. Ours is the nationalism of welfare of the nation," he said.

Meanwhile, the three-day Chintan Shivir concluded with the adoption of the Udaipur Declaration.

Congress Working Committee meeting was held on Sunday in Udaipur to give final shape to organisational reforms. The CWC approved Congress 'Nav Sankalp' declaration at Chintan Shivir in Udaipur.

Recently, Rajasthan witnessed communal violence incidents in Jodhpur and Karauli. Jodhpur, the hometwon of Gehlot, also witnessed violence hours before Eid. Violence erupted in Jodhur over putting up of Islamic flags on the Jalori gate circle. 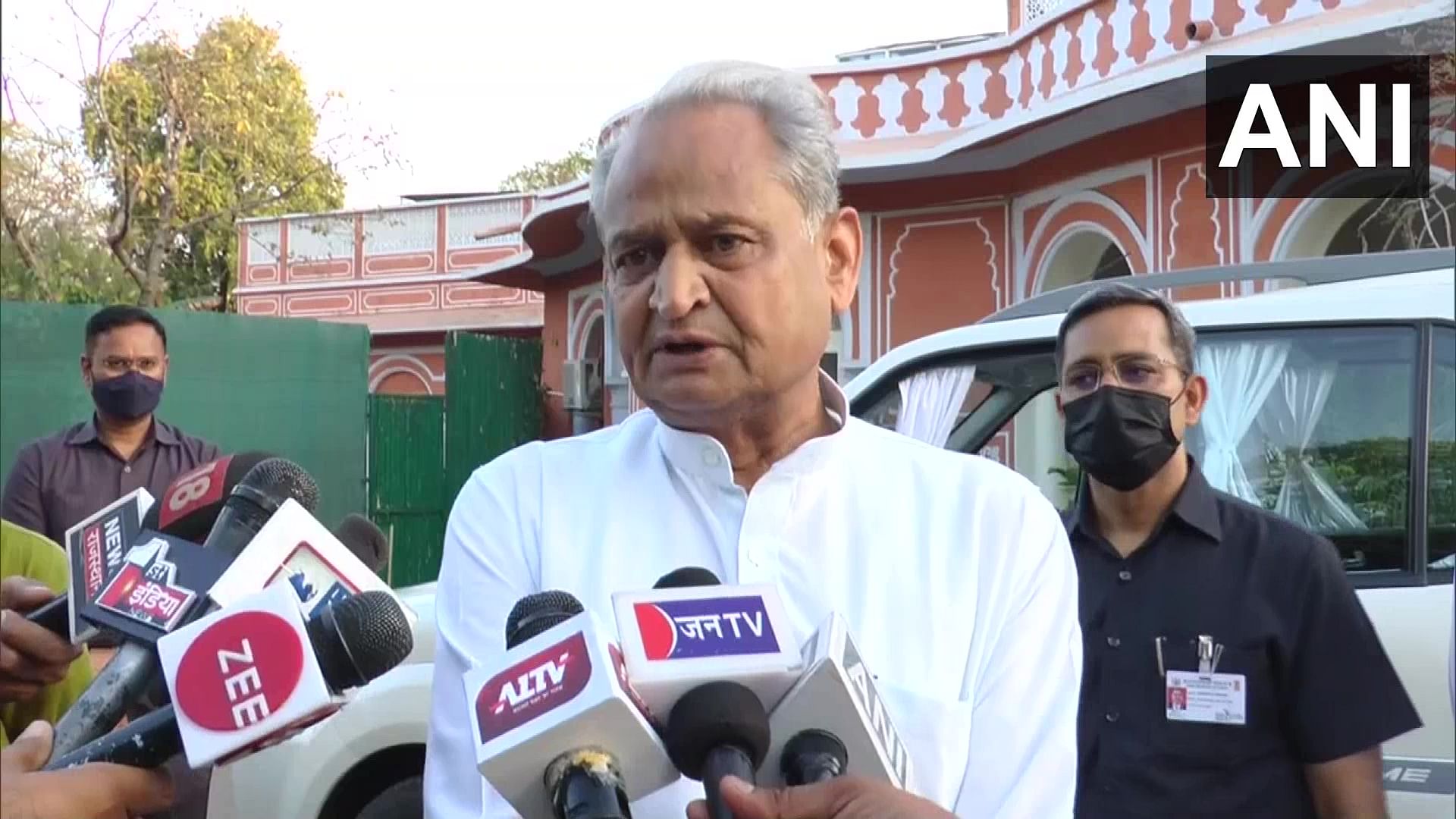