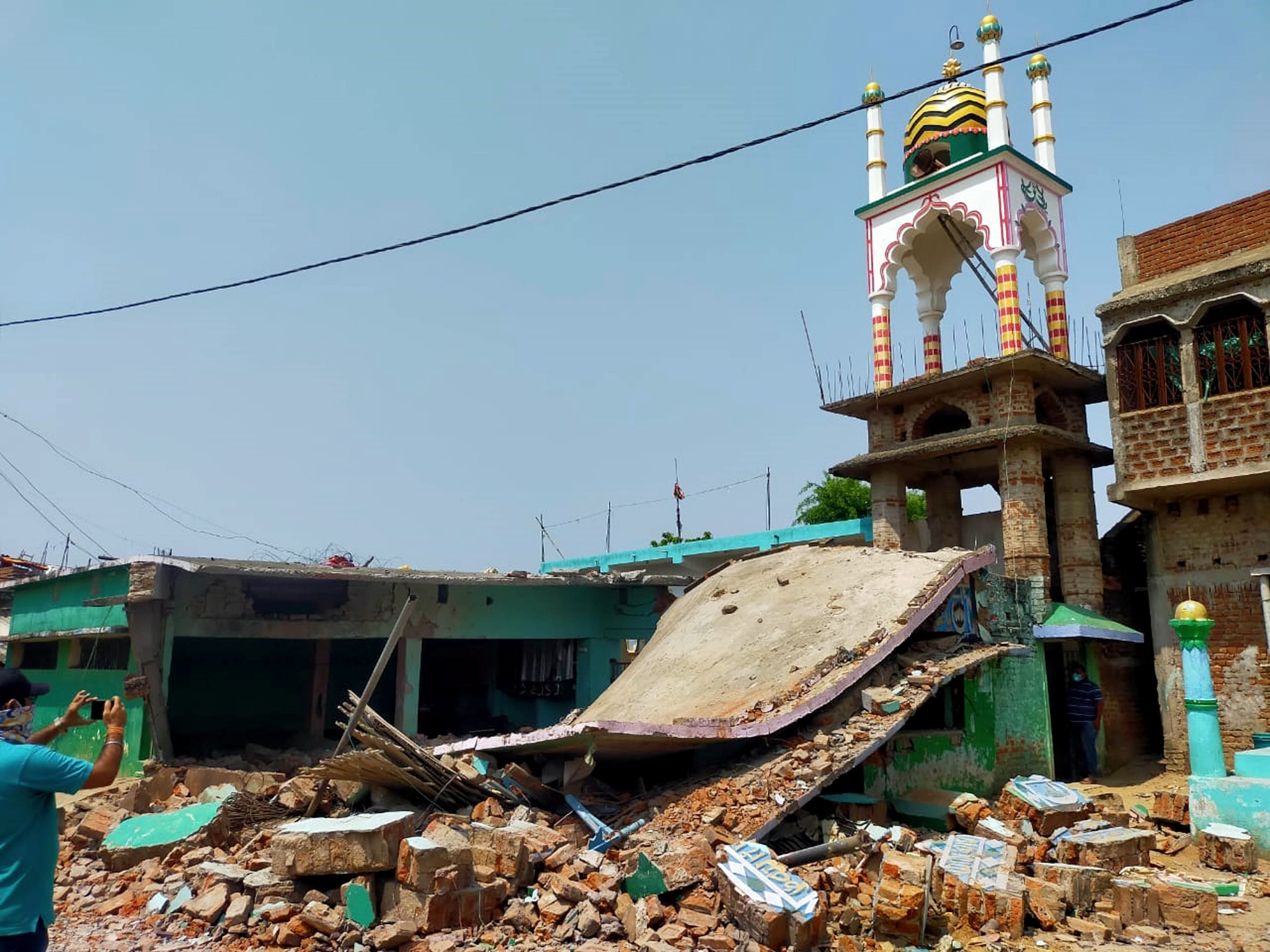 Bihar, June 08 (ANI): A view of a collapsed Madarsa building after an explosion, in Banka on Tuesday. | (ANI Photo)

The National Investigation Agency (NIA) is likely to take over the probe into the blast at a madrasa in Bihar’s Banka district and a team is expected to visit the explosion scene tomorrow (Friday), reported Hindustan Times.

A powerful blast tore down the building of a madrassa in Bihar’s Banka district on Tuesday, killing the Imam of the adjacent mosque who was apparently the sole occupant of the premises locked from outside, a senior police officer said.

Residents of the Nautola locality in Town police station area were rattled by the loud explosion that took place around 8 am, said Banka Superintendent of Police Arvind Kumar Gupta. 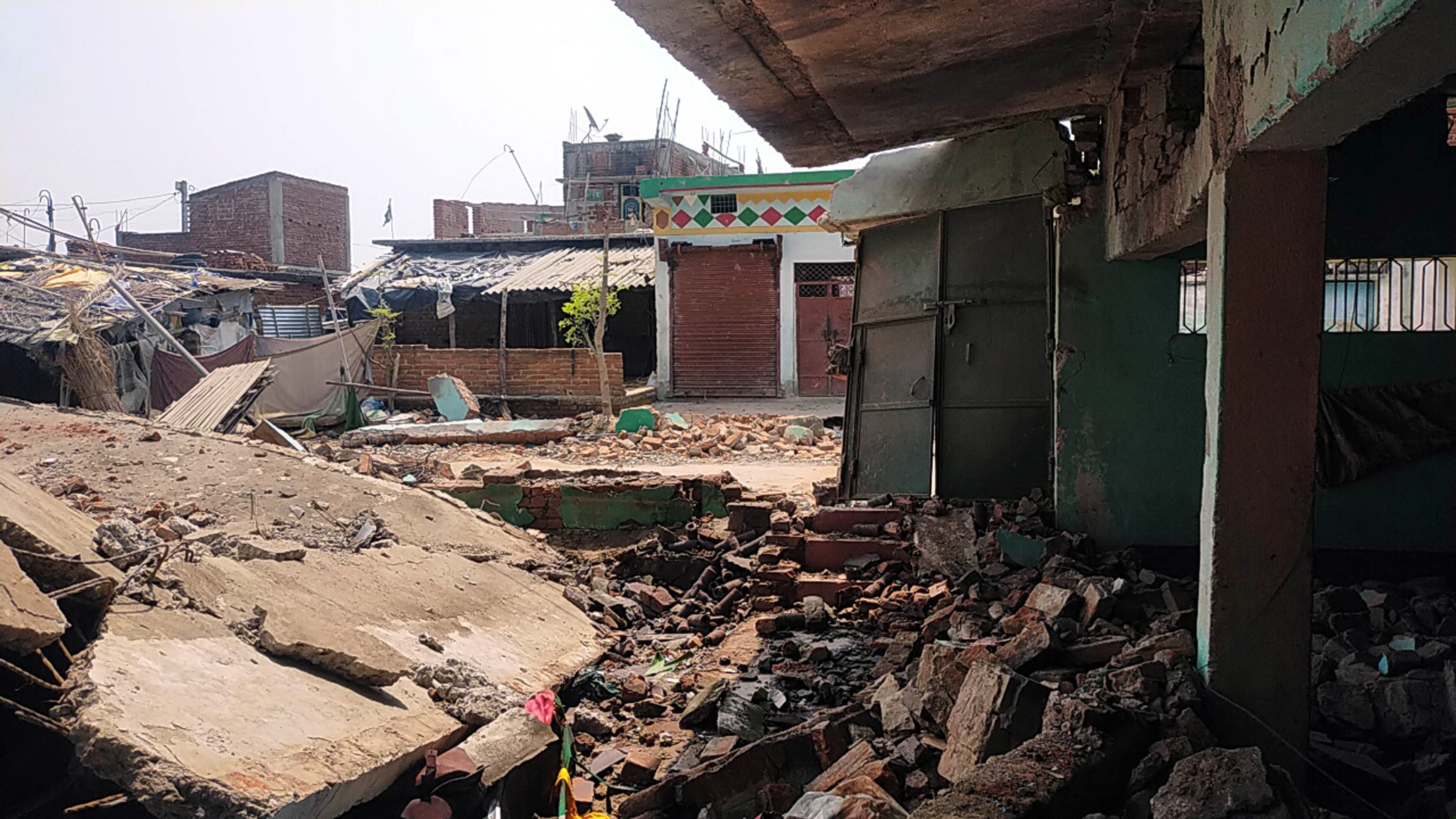 Bihar, June 08 (ANI): A view of a collapsed Madarsa building after an explosion, in Banka on Tuesday. | (ANI Photo) 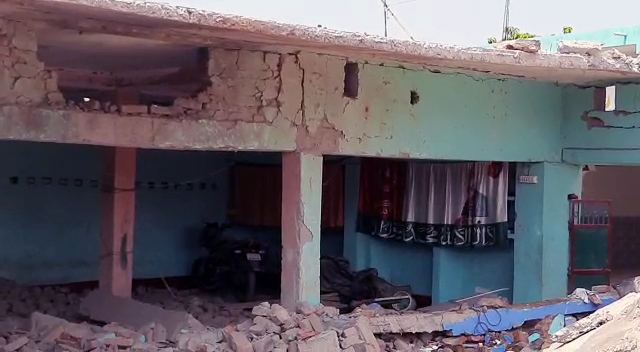 Bihar, June 08 (ANI): A Madarsa building collapsed after an explosion, in Banka on Tuesday. | (ANI Photo)

He said a police party forced open the padlocked gates and entered the premises, finding it desolate with just a mound of debris on a pathway that connected the madrassa to the mosque.

With nobody found inside and people living in the neighbourhood not coming forward with any helpful clues, a team of forensic experts was called for assistance.

"In the afternoon, we began hearing reports that Imam sahib is injured. Our men visited the site of the explosion where nobody had an idea of the cleric's whereabouts. Enquiries made with local hospitals also made no headway," Gupta said.

"In the evening, we heard that the body of the Imam, identified as Abdul Sattar Mobin (33), was spotted close to a secluded area near the locality. We rushed to the spot and the body was taken into custody," he said. 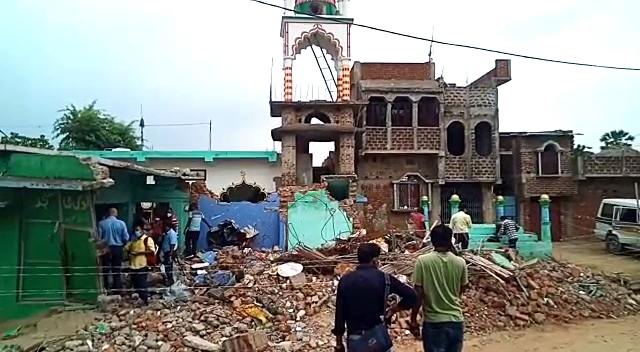 Bihar, June 10 (ANI): ATS team investigate the site where an explosion took place at a madrasa in Banka on Thursday. | (ANI Photo) 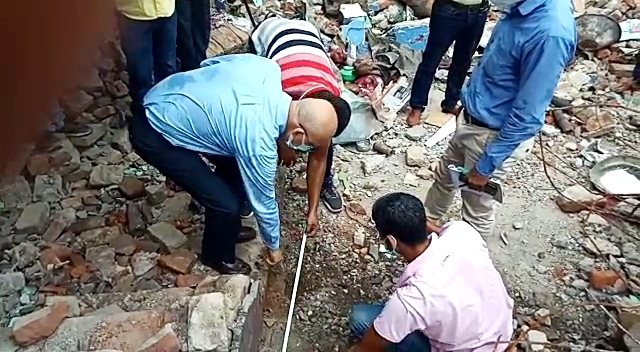 Bihar, June 10 (ANI): ATS team investigate the site where an explosion took place at a madrasa in Banka on Thursday. | (ANI Photo)

According to an IANS report, Banka Superintendent of Police Arvind Kumar Gupta on Wednesday said the explosion happened due to a crude bomb kept in a container. The officer said no terror angle appeared during the investigation.

"We have seized Rs 1.65 lakh from the cupboard of Maulana Abdul Momin who died in the blast on Tuesday. Besides that there was no evidence to prove a terror angle in this matter. There is no evidence of an IED in the debris as well," Gupta said.

Gupta added that the bomb was not so powerful. However, his claim was quite astonishing keeping in view that a huge portion of the madarsa building collapsed in the explosion.

According to the Hindustan Times report, the central agencies are looking into the quantity of the explosives. An official said "some powerful explosives of big quantity" brought the roof down. The central agencies are also probing the possibility of any terror module and if there were people in the vicinity in contact with any foreigners via the internet, the report added.