Questioning Bihar CM Nitish Kumar on his choice of ministers, Modi said, the chief minister should clarify whether an FIR was registered against Sudhakar Singh or not and if the facts he had stated were true.

Days after 'Mahagatbandhan'-led government was formed in Bihar, BJP leader Sushil Kumar Modi, who was also the deputy chief minister has now sought the removal of the new agricultural minister, Sudhakar Singh, over the 2013 rice scam.

According to India Today, Modi said Sudhakar Singh from the Rashtriya Janata Dal (RJD) was accused of siphoning 5.31 crore in the 2013 rice scam, adding that he was also sent to jail for it.

“When he approached the high court for bail, he was asked to deposit 60 lakh after which he was granted bail. He still needs to pay 12 crore ( 5.31 crore with 12-year interest),” he said.

Further, questioning Bihar CM Nitish Kumar on his choice of ministers, he said, the chief minister should clarify whether an FIR was registered against Sudhakar Singh or not and if the facts he had stated were true.

Nitish should tell whether it would be correct to keep Sudhakar Singh as a minister when 12 crore was outstanding on him, he said.

For the unversed, during Nitish Kumar's earlier regime, Singh was accused of a rice scam in 2013. A case had been filed against him at the Ramgarh police station. According to the FIR, Sudhakar Singh's rice mill had a rice processing agreement with the government and they stole the rice provided by the government. More than 80 FIRs were filed in this scam, and many people were arrested.

Some BJP leaders are in the target list of the RJD, which recently allied with the JD-U to form the government in the state even as when many leaders of Opposition parties are facing the heat of Central probe agencies across states.

Last Friday, RJD MLA Ramanand Yadav had levelled serious land grab allegations against former Deputy CM Sushil Modi. He said that Sushil Modi is the most 'Dabang' and 'Bahubali' leader of Bihar who grabbed the land of a Christian family and constructed a mall. 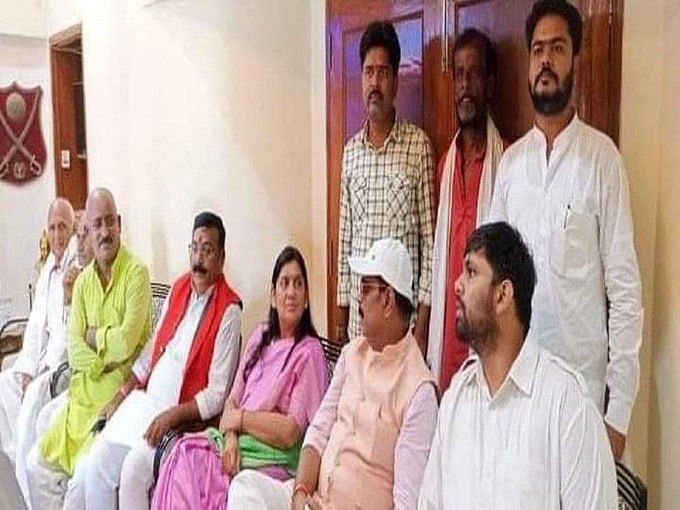