Any move to destabilize Bhupesh Baghel government will help BJP to gain grounds in Chhattisgarh: Experts

In the last two and half years, Bhupesh emerged as a strong OBC leader in the state and has succeeded in invigorating local pride
AVDHESH MALLICK 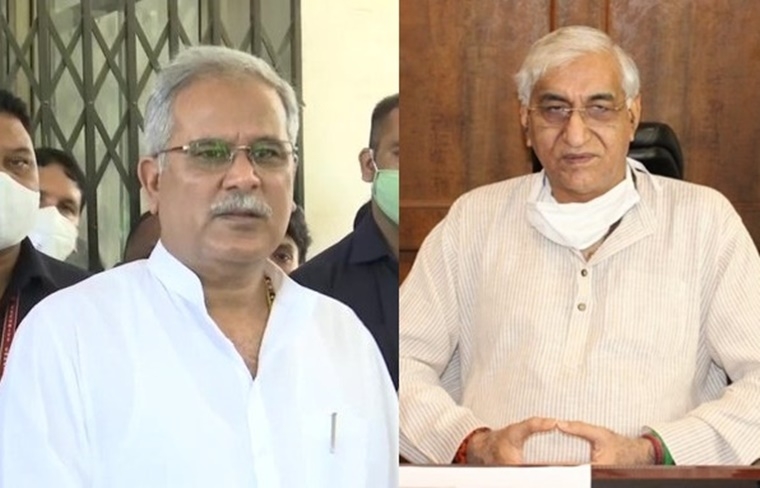 Raipur: At a time when members of the ruling Congress in Chhattisgarh are fighting for the post of chief minister, reports have emerged BJP leaders cheering and dancing after an organisational meeting held Jagdalpur, Bastar to discuss and devise for the next assembly elections. This was BJP's first such session in tribal-dominated and Maoist-affected district.

Sources said, BJP, which was in power from 2003 to 2018 in Chhattisgarh, has initiated Mission 2023 to energise its cadre and tap the vast tribal belt. It must be noted that before assembly elections in 2018 BJP consistently lost in the tribal seats of Sarguja, Bastar, Durg and finally voted out of power.

However, after the BJP’s meeting and the leaders' cheerful countenance, it was speculated that BJP has finally chalked out plan to put up a strong alternative to the Bhupesh Baghel-led government and its policies.

It is being said that the BJP leaders may have agreed to hold their personal differences for a time being to unite and fight against the incumbent Congress government.

Sources also said that there is a strong possibility that the BJP may field a tribal or OBC candidate to counter Baghel government's strong OBC politics and strategies.

Political analysts have warned that the continued infighting and attempts to destabilize Bhupesh government will be detrimental to the party and may also lead to division within the party.

In the last two and half years, Bhupesh emerged as a strong OBC leader in the state and has succeeded in invigorating local pride. His pro-poor and pro-farmer policies have put the BJP on a backfoot in the state. However, rift between CM Bhupesh Baghel and health Minister TS Singh Deo can give an opportunity to BJP to reconnect with its vote banks. Therefore, BJP will not lose any opportunity to attack the Baghel leadership.