The test-firing of the missile from the Abdul Kalam Island off Odisha coast came amid India's lingering border row with China.

"The test was carried out to validate new technologies and equipment on the missile which is now lighter than before. The trial has proved the capability to enhance the range of the Agni-5 missile, if required," sources said.

Sources said the missile has been made lighter by adding lighter composite material which will enable the missile to go longer ranges. 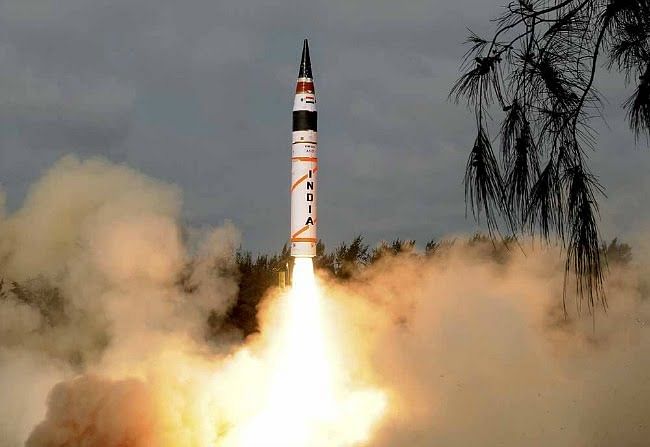 India had launched the last Agni-5 test in October 2021.

The launch was carried out at approximately 5: 30 pm from APJ Abdul Kalam Island in Odisha.

Here's a list of five things you should know about the launch:

- The Agni-5 missile is capable of striking targets at ranges up to 5,000 km with a very high degree of accuracy. The range of the missile can be further increased based on the results of the testing.

-The Agni 5 ballistic missile tested on Thursday evening is lighter than the one tested before (October).

-A Defence official said that the test was conducted in an attempt to validate advanced technologies and new equipment on the missile which weighs lesser now.

-The launch was carried out for a predetermined range and validated all operational parameters of the system. More importantly, the test-firing of the missile from the Abdul Kalam Island off Odisha coast came amid India's lingering border row with China.

In June, India successfully carried out a night launch of the nuclear-capable Agni-4 ballistic missile, in a boost to India's military capabilities.

India has been steadily enhancing its overall military might in the last couple of years.

It has carried out successful tests of a number of missiles during the period.

In May, the extended range version of the BrahMos supersonic cruise missile was test-fired from a Sukhoi fighter jet.

It was the first launch of the extended range version of the BrahMos missile from a Su-30MKI aircraft.

An anti-ship version of the BrahMos supersonic cruise missile was successfully test-fired jointly by the Indian Navy and the Andaman and Nicobar Command in April. 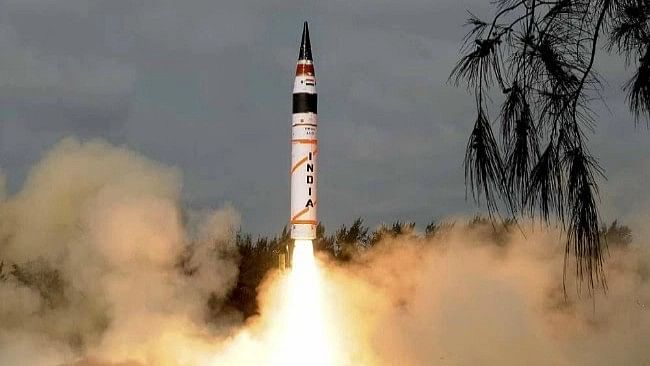