New Delhi: Chhattisgarh Chief Minister Bhupesh Baghel on Friday (October 15, 2021) slammed his Uttar Pradesh counterpart Yogi Adityanath over his remarks on the Jashpur incident, as per a zeenews report. Baghel said that the latter was unsuccessful in immediately arresting the accused in the Lakhimpur Kheri violence while highlighting that the persons behind the Jashpur incident were already in police custody.

"Yogi Adityanath did not succeed in arresting the accused. Instead Uttar Pradesh Police was shielding the son of the junior minister (Home) in Lakhimpur Kheri violence. Here, in this case, the action has been taken and the accused involved in the matter were arrested," Baghel was quoted by ANI.

As many as eight people lost their lives in Uttar Pradesh's in Lakhimpur Kheri on October 3. Uttar Pradesh Police has so far arrested three people including Ashish Mishra, who is the son of Union Minister of State for Home Affairs Ajay Mishra Teni.

Baghel's remarks came after Adityanath expressed grief over the incident that took place in Chhattisgarh's Jashpur district urging the state government to provide all possible help to the victims.

Taking to Twitter, Adityanath wrote: "The death of a person in an accident wherein several people were crushed by an uncontrolled vehicle during a religious procession in Jashpur district of Chhattisgarh is very sad. I expect the Government of Chhattisgarh to make arrangements for proper treatment of the injured and provide all possible help to the victims."

Even Uttar Pradesh minister Sidharth Nath Singh on Friday said that there seems to be a conspiracy behind the Jashpur incident and took a dig at Chief Minister Bhupesh Baghel on Friday, saying whether he has plans to protest against the incident. "It is unfortunate, seems a conspiracy. I want to ask when Congress brothers and sisters are going there (to meet the victims). The CM, who sat on protest at the airport during the Lakhimpur Kheri violence, should also tell if he will sit on protest over the incident," Singh told ANI.

On Friday, at least four people were killed and over 15 others seriously injured as a speeding car ploughed into people proceeding to immerse a Durga idol in Pathalgaon area of Chhattisgarh's Jashpur district, the police said. "Both accused of the incident where a speeding car mowed down people in Pathalgaon, Jashpur arrested. Both - Bablu Vishwakarma and Shishupal Sahu - are residents of Madhya Pradesh and were passing through Chhattisgarh. Action is being taken against them," Superintendent of Police Vijay Agrawal said.

Both accused have been arrested and they will booked under sections 302 (murder) and 304 (causing death by negligence) of the Indian Penal Code (IPC). Two policemen have been also suspended, said Agrawal. 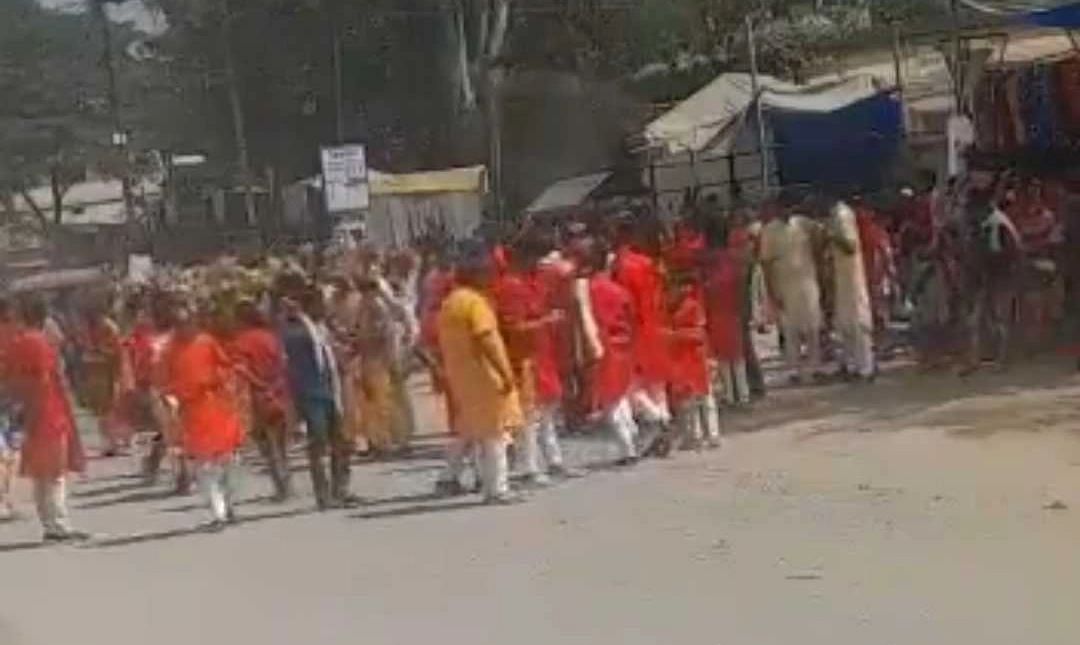