Meanwhile, India’s envoy to the UAE, Sunjay Sudhir, has said that they are reaching out to the families of the victims.

Naor Gilon, Ambassador of Israel to India on Tuesday said that Israel is saddened by the horrific incident and deeply regret the loss of innocent lives as Israel sends its condolences to India for the death of 2 Indian citizens in Abu Dhabi (UAE) terror attack.

Three people, two Indians and a Pakistani were killed and six were injured in a series of alleged drone strikes on three fuel tankers and a storage facility of oil firm ADNOC in Muzaffar Industrial Area in the United Arab Emirates (UAE). Yemen’s Houthi rebels have claimed responsibility for the attack carried out on Monday.

The Saudi Crown Prince on Monday expressed his deepest condolences for the dead. Saudi Arabia's Ministry of Foreign Affairs also condemned the attack in "the strongest terms."

Meanwhile, India’s envoy to the UAE, Sunjay Sudhir, has said that they are reaching out to the families of the victims.

The authorities have ordered a thorough investigation into the cause of the explosion.

India has said that it will provide "whatever assistance" is possible to the families of the two Indian citizens killed in a suspected Houthi drone attack near the Abu Dhabi airport that sparked multiple explosions in the United Arab Emirates' capital.

The Abu Dhabi Police added in a tweet, “competent authorities begin an extensive investigation into the cause of the fire and the circumstances surrounding it.”

Yemen’s Houthi rebels have claimed responsibility for two suspected drone attacks in the United Arab Emirates. The UAE has been involved in Yemen’s ongoing civil war since 2015 when it joined a Saudi-led coalition that launched an intervention after the Iranian-backed Houthis captured Sana’a and overthrew Yemen’s internationally recognised government. 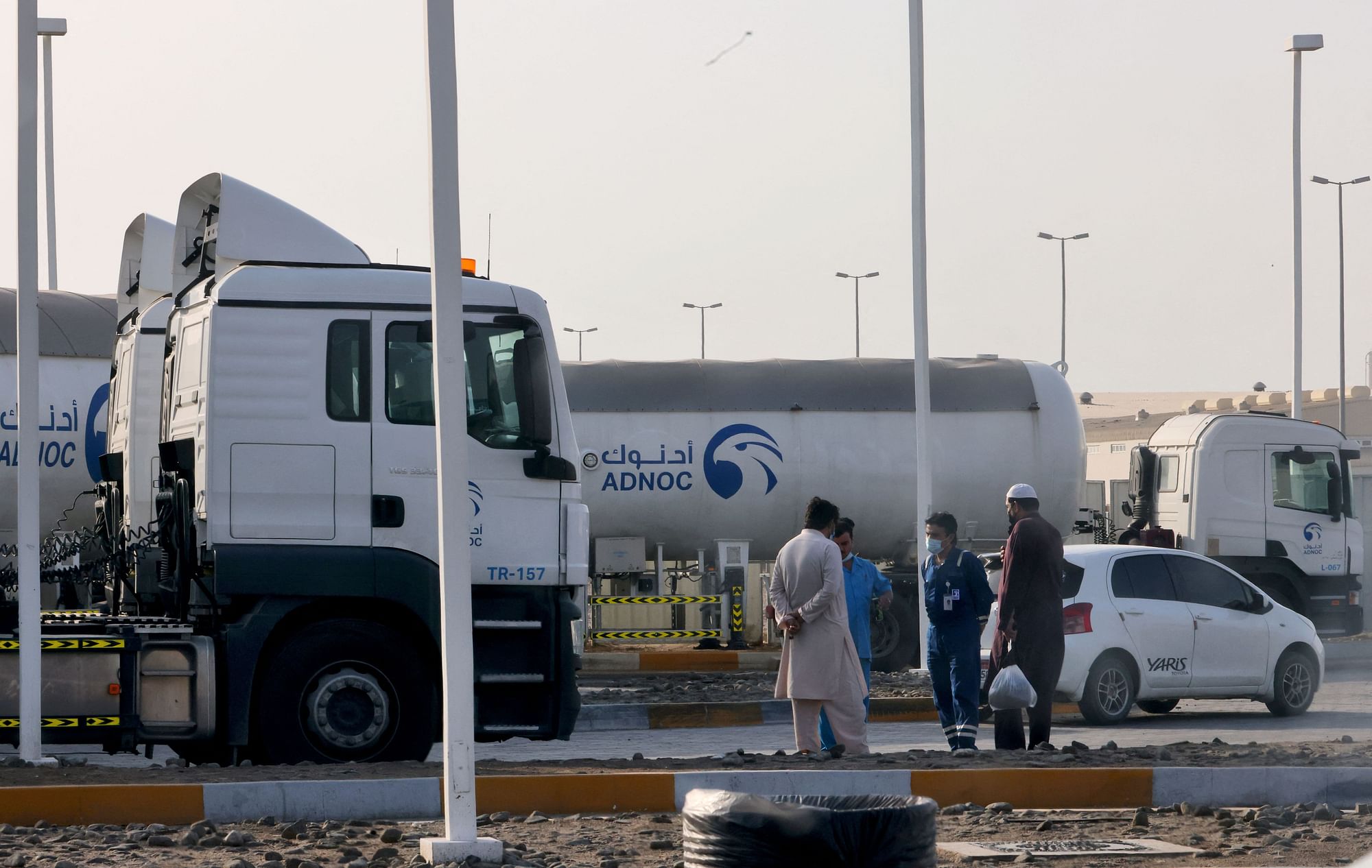