3 reasons why BJP is defiant on 'non-negotiable' CAA 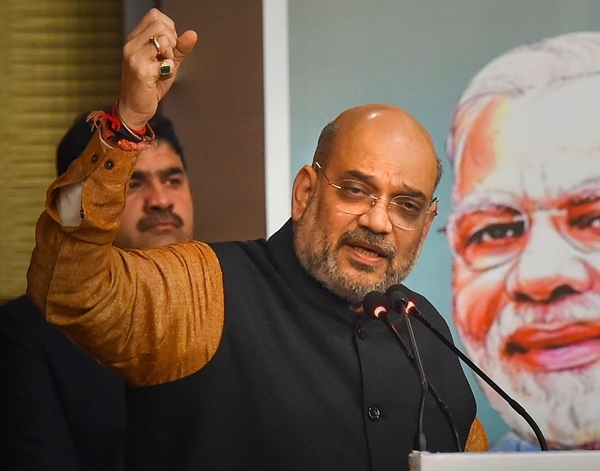 New Delhi: Little before 10 pm on the Friday night, the Centre uploaded the gazette notification for the contentious CAA, ensuring the Act comes into play with immediate effect. It comes amid nationwide protests against the Act by various Muslim organisations, intellectuals and student bodies across the country. The move is seen as a defiance by the government, whose Home Minister, the architect of the CAA, said a few days ago there would be no rollback. Speaking to media, Amit Shah had said there would be no retraction by "even an inch ". But even as the Jamia Millia Islamia, Jawaharlal Nehru University, Aligarh Muslim University (AMU) protest and the fire spreads far and wide, from Mumbai 's Gateway to hilly corners of Shillong, the government has its plan in motion to counter the anti-CAA narrative. Many within the government believe, a month long delay in the notification of the CAA even after being passed in Parliament and receiving the Presidential assent was to make grounds to launch the government 's counter.

Modi's Digital Counter: The anti-CAA movement was sparked off digitally with a hashtag 'india against CAA ' that glued students, intellectuals, movie stars and Muslim organisations together. The government too kickstarted the counter offensive digitally. On December 30, PM himself, in a tweet, launched the counter campaign where he stated, "#IndiaSupportsCAA because CAA is about giving citizenship to persecuted refugees & not about taking anyone 's citizenship away. Check out this hashtag in Your Voice section of the Volunteer module on NaMo App for content, graphics, videos & more. Share & show your support for CAA. " Very soon, the hashtag started trending on top and many top ministers, BJP state chiefs, Chief Ministers ' of the BJP-ruled states, social media influencers and most importantly, a large number of common people, started voicing their stand on CAA, using the hashtag. Almost two weeks on, it 's still a very popular trend on Twitter that has witnessed mass penetration. Speaking to IANS, at the time of the launch of this counter digital movement, Harish Ramaswamy, a political thinker, while describing how Modi can afford to go aggressive, even in the face of multi-pronged attacks, said: "See, Narendra Modi 's idea of democracy is where the ruling party alone matters. He doesn 't care about the opposition. Interestingly, he is still a very popular leader and whatever he says, appears to be believable to most. "

Nationwide PR Outreach: Just a couple of days before Modi launched his digital counter offensive on anti-CAA narrative by the opposition, the BJP had identified six leaders to spearhead its nationwide outreach on the CAA. While Anil Jain is leading the party 's charge in UP and Bihar -- the two states that have seen major minority resentment towards CAA, Avinash Rai has been entrusted with leading and coordinating the outreach programme in Chhattisgarh, MP, Uttarakhand and Delhi. Delhi, which will go to poll on February 8, has witnessed large-scale violent protests, starting near Jamia Millia Islamia University. Since then, the national capital has been witnessing protests -- virtually every day -- either by the student organisations or intellectuals. Saroj Pandey will coordinate the party 's CAA outreach in Maharashtra, Rajasthan, Gujarat, Goa and the Union Territories (UT) of Daman and Diu. Suresh Bhatt is leading the programme in Haryana, Punjab, Himachal Pradesh, and the Union Territories of Chandigarh and Jammu and Kashmir. For the southern zone, Ravindra Raju is coordinating with the media to organise press conferences, meetings and outreach to people in Tamil Nadu, Kerala, Andhra Pradesh, Telangana, Karnataka, the Andamans, Puducherry and Lakshadweep. For the eastern belt, former Bengal BJP chief Rahul Sinha was made in-charge of West Bengal, Odisha, Jharkhand and the Northeast. He is working in coordination with Himanta Biswa Sarma, Assam Minister of Health and Family Welfare, in the Northeast. Apart from these six leaders, who are coordinating zone wise, a whole array of articulate MPs, party leaders are travelling across the country to make BJP 's stance clear to people, and arrest any slide in the party 's popularity that might have been caused by the opposition 's huge uproar against the CAA.

Door-to-door campaign: Apart from holding press conferences, meeting with intellectuals and social media influencers, BJP has also embarked into a countrywide door-to-door campaign for this Act, quite the old school way. Party president Amit Shah himself started it in Delhi and working president JP Nadda in Ghaziabad. On the very first day of the enactment of the law, as many as 42 leaders, including high profile union ministers were deputed across India to knock door to door and pass on pamphlets that seek to "dispel myths " about the CAA. Before this door-to-door campaign was kicked off, on January 1, 2020, as the nation was celebrating, Amit Shah was locked inside the BJP headquarters with top BJP leaders to give final touches to the modalities of the massive campaign and sort out logistical issues. Apart from Shah, those present in that meeting included BJP working President JP Nadda, general secretary (organisation) BL Santosh and all other general secretaries of the party. As per sources, BJP vice president Vinay Sahasrabuddhe was also present in the closed-door meeting. Lately, certain BJP leaders have been making communally coloured statements to make the anti-CAA protests lose its steam. But many believe, it is not a coordinated effort, but a part of the BJP 's campaign for upcoming Delhi election, which is closely fought and the BJP is desperate for a comeback. But, one thing is clear, not only Amit Shah but even all the BJP general secretaries have time and again articulated, that the reconsideration of the CAA is "non-negotiable " as it involves "credibility of PM Modi 's word to the refugees ". 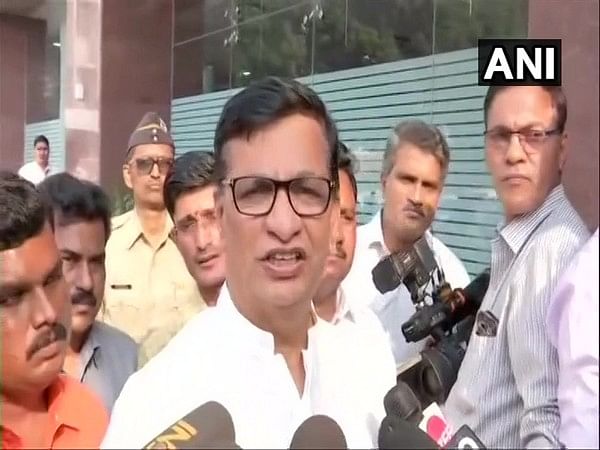