PM Gandhi ordered a “full-scale” invasion of Pakistan which was an official announcement of Indo-Pakistani war of 1971.
FPJ Web Desk 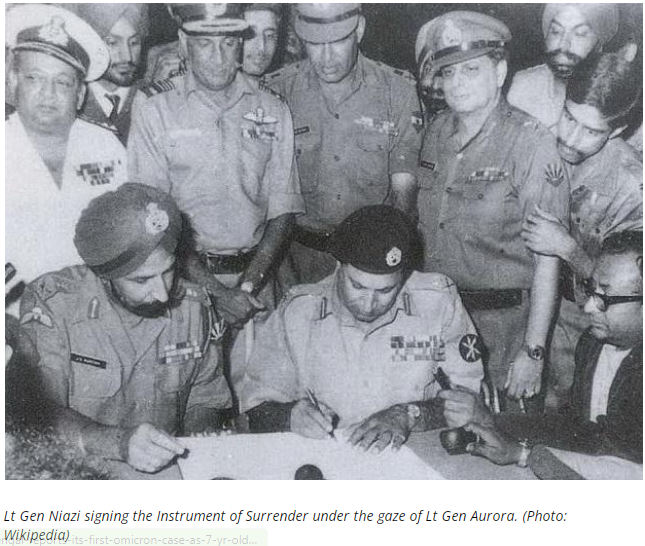 The 50th anniversary of Vijay Divas is being celebrated in India and Bangladesh for their win over Pakistan in the 1971 war. It is also known as the Liberation War.

After India's and Pakistan's freedom in 1947 Pakistan was parted into two parts, West Pakistan and East Pakistan. Both these parts were technically one country but had big geographical differences. Both the parts were at two different sides of India.

The Bangladesh Liberation movement was going on for many months as the Bengali nationalists and Mukti Bahini guerrillas in East Pakistan never wanted the dominance of West Pakistan over them. The conflict between East Pakistan and West Pakistan went on for several months.

On 25 March 1971, the Pakistan Army General Tikka Khan launched 'Operation Searchlight' to crush the liberation movement of East Pakistan. During this operation, as per certain media reports, Pakistan's army killed around 2 to 3 lac innocent citizens and raped thousands of women. It was mass genocide and huge human rights violations from Pakistan's army in then Eastarn Pakistan. 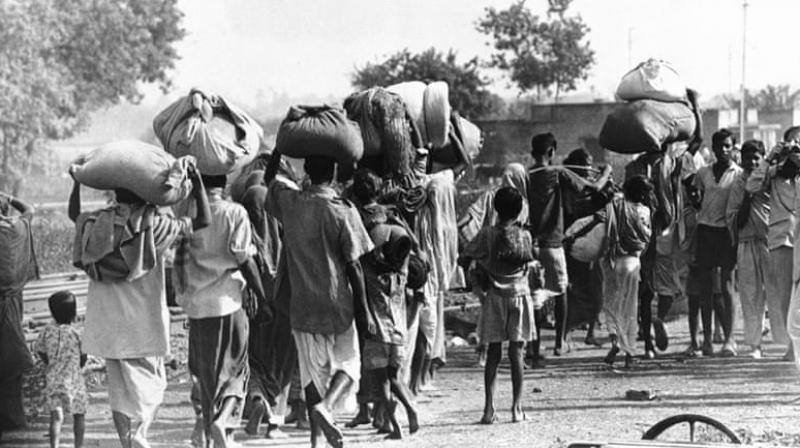 Around three million people were "officially" killed in one of the most heinous acts of genocide by the Pakistani troops, which led up to the nine-month-long Bangladesh Liberation War in 1971 | AP

When Pakistan Air Force (PAF) conducted aerial strikes on 11 Indian air stations, India also entered into Bangladesh's liberation movement officially. The war was not limited to only East Pakistan but India had to fight on Pakistan's west front also. It was for the first time that all the three divisions of the Indian Armed Forces Army, Navy, and Air Force fought the war together.

The Indian Air Force flew around 4000 sorties in the western front and two thousand sorties in the east. Whereas Pakistan Airforce could fly only 2800 sorties. Indian aircrafts also attacked many airbases in Pakistan.

On the other hand, the Indian Navy attacked Karachi port on the night of December 4-5. Pakistan tried fighting back with the full-fledged attack but couldn't sustain in front of the Indian Navy.

Bangladesh Liberation movement was firmly fought by the then Prime minister of India, Indira Gandhi, and chief of army staff (COAS), General Sam Manekshaw. It was Indira Gandhi who decided to enter into Pakistan's territory and support Bangladesh in their freedom movement.

PM Gandhi ordered a “full-scale” invasion of Pakistan which was an official announcement of the Indo-Pakistani war of 1971.

The war is also called Operation Trident, as one of the biggest attacks on Pakistan’s financial hub and headquarters of the Pakistan Navy, Karachi. To celebrate India's victory on 4th December it's observed as Navy Day.

The end of the war resulted in the creation of a new country, Bangladesh, known as East Pakistan. The 13-day duration of the war is one of the shortest wars in history.

East Pakistan became Bangladesh. It was the fourth most populous Muslim country in the world at the time.

Their leader of the liberation movement, Sheikh Mujibur Rahman, was arrested by Pakistan after the 1970 elections. After the 1971 Bangladesh war Pakistan released him. He returned to Dhaka and became the first President of Bangladesh in 1971 and countries second prime minister in 1974.

Mujib was assassinated in 1975. His daughter Sheikh Hasina also became Prime Minister of Bangladesh later on. 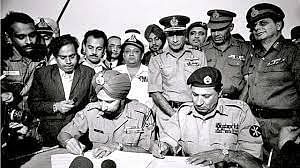 1971 war: Here is a story from behind the scenes, read all about it
Advertisement