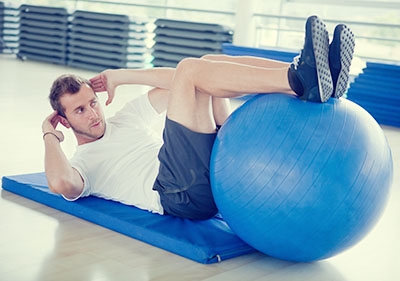 London : Learning, memory, and brain repair depend on the ability of our neurons to change with experience, says a new study, according to IANS.

Researchers in Italy concluded following a study that exercise may enhance the essential plasticity of the adult brain. “We provide the first demonstration that moderate levels of physical activity enhance neuroplasticity in the visual cortex of adult humans,” said Claudia Lunghi from the University of Pisa in Italy.

“By showing that moderate levels of physical activity can boost the plastic potential of the adult visual cortex, our results pave the way to the development of non-invasive therapeutic strategies exploiting the intrinsic brain plasticity in adult subjects,” Lunghi added.

Brain plasticity is generally thought to decline with age. This decline in the brain’s flexibility over time is especially pronounced in the sensory brain, which displays far less plasticity in adults than in younger people.

The findings focused on the visual cortex come as hopeful news for people with conditions including amblyopia (sometimes called lazy eye), traumatic brain injury, and more. The researchers measured the residual plastic potential of the adult visual cortex in humans using a simple test of binocular rivalry.

In the new study, the researchers put 20 adults through a test twice; in first test, participants with one eye patched watched a movie while relaxing in a chair. In the other test, participants with one eye patched exercised on a stationary bike for ten-minute intervals during the movie. The results were clear: brain plasticity was enhanced by the exercise.