Washington: A new study has pointed to a potential new treatment to prevent chronic complications after traumatic brain injury. The findings of the study were published in the journal 'Science'. Researchers have identified a specific molecule in a part of the brain called the thalamus that plays a key role in secondary effects of traumatic brain injury, such as sleep disruption, epileptic activity, and inflammation.

They also showed that an antibody treatment could prevent the development of these negative outcomes. Many people experience bad side effects months or years later after a traumatic brain injury. You've been in a car accident and sustained a head injury. You recovered, but years later you begin having difficulty sleeping. You also become very sensitive to noise and bright lights and find it hard to carry out your daily activities or perform well at your job.

Read Also
Spending time outdoors has a positive effect on the brain: Study 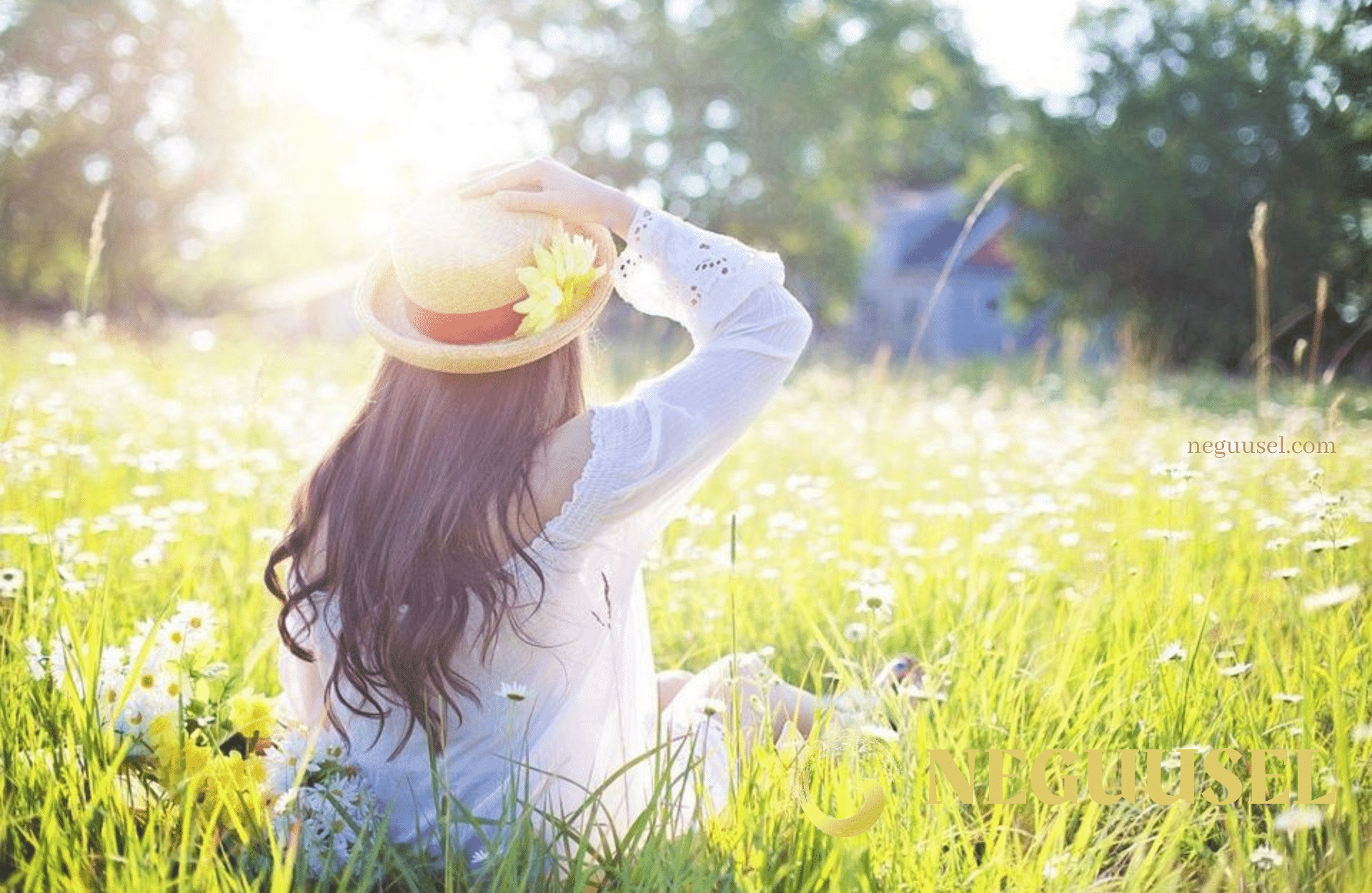 These long-term effects can last a few days or the rest of a person's life. "No therapies currently exist to prevent the disabilities that can develop after a brain trauma," said Jeanne Paz, PhD, associate investigator at Gladstone Institutes. "So, understanding how the traumatic brain injury affects the brain, especially in the long term, is a really important gap in research that could help develop new and better treatment options," added Paz.

In the study, Paz and her team helped close that gap. They identified a specific molecule in a part of the brain called the thalamus that plays a key role in secondary effects of brain injury, such as sleep disruption, epileptic activity, and inflammation. In collaboration with scientists at Annexon Biosciences, a clinical-stage biopharmaceutical company, they also showed that an antibody treatment could prevent the development of these negative outcomes. Traumatic brain injuries, which range from a mild concussion to a severe injury, can be the result of a fall, sports injury, gunshot injury, blow to the head, explosion, or domestic violence. Often, soldiers returning from war also suffer head injuries, which commonly lead to the development of epilepsy. 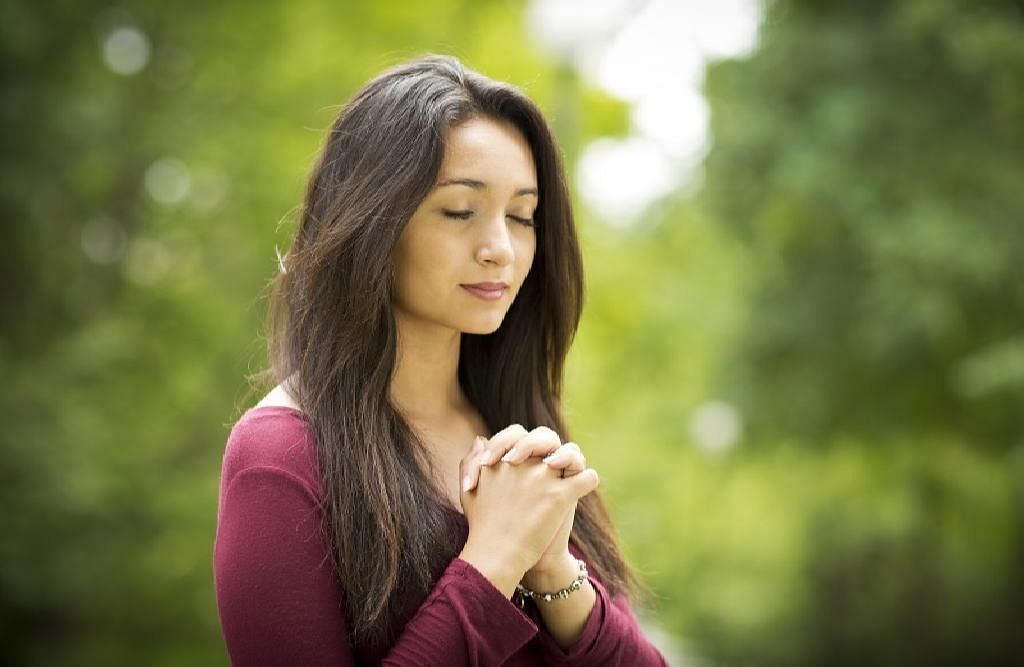 Traumatic brain injury affects 69 million people around the world annually and is the leading cause of death in children and a major source of disability in adults. "These injuries are frequent and can happen to anyone," said Paz, who is also an associate professor of neurology at UC San Francisco (UCSF) and a member of the Kavli Institute for Fundamental Neuroscience. "The goal of our study was to understand how the brain changes after traumatic brain injuries and how those changes can lead to chronic problems, such as the development of epilepsy, sleep disruption, and difficulty with sensory processing," added Paz.

To do so, Paz and her team recorded the activity of different cells and circuits in the brain of mice after brain injury. The researchers monitored the mice continually and wirelessly, meaning the mice could go about their normal activities without being disrupted. "We collected so much data, from the time of injury and over the next several months, that it actually crashed our computers," said Paz. "But it was important to capture all the different stages of sleep and wakefulness to get the whole picture," continued Paz.

Read Also
How to overcome stress, anxiety and trauma amid the COVID-19 pandemic During a trauma to the head, the region of the brain called the cerebral cortex is often the primary site of injury, because it sits directly beneath the skull. But at later time points, the researchers discovered that another region -— the thalamus — was even more disrupted than the cortex. In particular, they found that a molecule called C1q was present at abnormally high levels in the thalamus for months after the initial injury, and these high levels were associated with inflammation, dysfunctional brain circuits, and the death of neurons. "The thalamus seems particularly vulnerable, even after a mild traumatic brain injury," said Stephanie Holden, PhD, first author of the study and former graduate student in Paz's lab at Gladstone. "This doesn't mean the cortex isn't affected, but simply that it might have the necessary tools to recover over time. Our findings suggest that the higher levels of C1q in the thalamus could contribute to several long-term effects of brain injury," explained Holden. 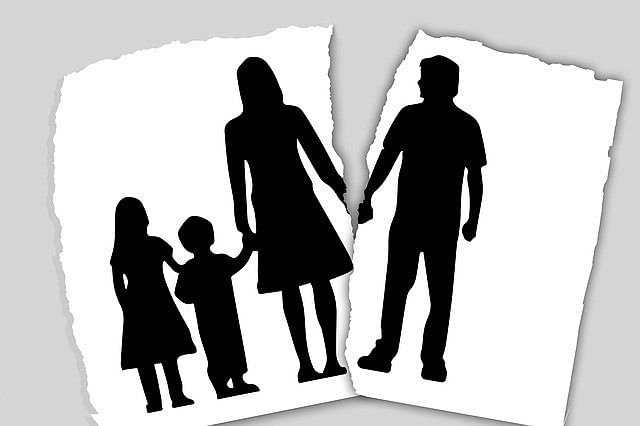 The Paz Lab collaborated with Eleonora Aronica, MD, PhD, a neuropathologist at the University of Amsterdam, to validate their findings in human brain tissues obtained from autopsies, in which they found high levels of the C1q molecule in the thalamus 8 days after people had sustained a traumatic brain injury. In addition, by working with fellow Gladstone Assistant Investigator Ryan Corces, PhD, they determined that C1q in the thalamus likely came from microglia, the immune cells in the brain. "Our study answered some very big questions in the field about where and how changes are happening in the brain after a trauma, and which ones are actually important for causing deficits," said Paz. The C1q molecule, which is part of an immune pathway, has well-documented roles in brain development and normal brain functions.

For instance, it protects the central nervous system from infection and helps the brain forget memories — a process needed to store new memories. The accumulation of C1q in the brain has also been studied in various neurological and psychiatric disorders and is associated, for example, with Alzheimer's disease and schizophrenia. "C1q can be both good and bad. We wanted to find a way to prevent this molecule's detrimental effect, but without impacting its beneficial role," said Paz. 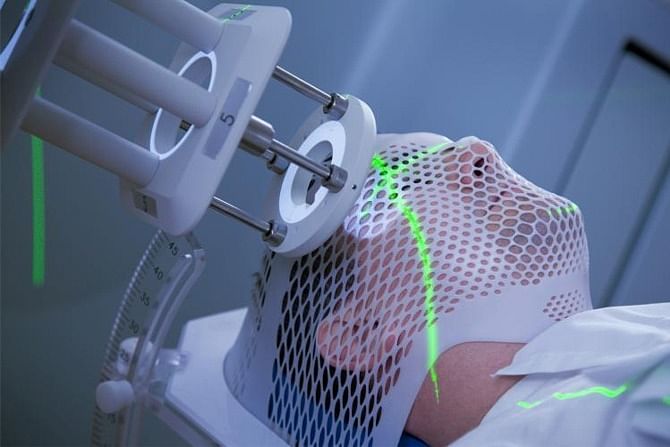 "This is an example of what makes neuroscience a really hard field these days, but it's also what makes it exciting," added Paz. She and her group decided to leverage the "latent phase" after a traumatic brain injury, during which changes are occurring in the brain but before long-term symptoms appear. "My cousin, for example, was hit in the head when he was 10 years old, and the impact broke his skull and damaged his brain," said Paz.

"But it wasn't until he was 20 that he developed epilepsy. This latent phase presents a window of opportunity for us to intervene in hopes of modifying the disease and preventing any complications," added Paz.

Paz reached out to her collaborators at Annexon Biosciences, who produce a clinical antibody that can block the activity of the C1q molecule. Then, her team treated the mice who sustained brain injury with this antibody to see if it might have beneficial effects. When the researchers studied mice genetically engineered to lack C1q at the time of the trauma, the brain injury appeared much worse. However, when they selectively blocked C1q with the antibody during the latent phase, they prevented chronic inflammation and the loss of neurons in the thalamus. 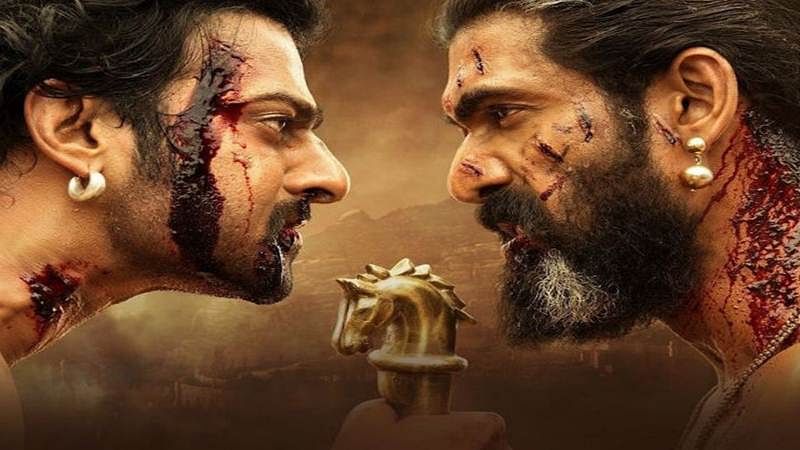 "This indicates that the C1q molecule shouldn't be blocked at the time of injury, because it's likely very important at this stage for protecting the brain and helping prevent cell death," said Holden. "But at later time points, blocking C1q can actually reduce harmful inflammatory responses. It's a way of telling the brain, 'It's okay, you've done the protective part and you can now turn off the inflammation,'" added Holden. "There is a paucity of treatments for patients who have suffered from an acute brain injury," said Ted Yednock, PhD, executive vice president and chief scientific officer at Annexon Biosciences, and an author of the study.

"This result is exciting because it suggests that we could treat patients in the hours to days after an acute injury like traumatic brain injury to protect against secondary neuronal damage and provide significant functional benefit," added Yednock. In addition to chronic inflammation, Paz and her team also uncovered abnormal brain activity in the mice with traumatic brain injury. First, the researchers noticed disruptions in sleep spindles, which are normal brain rhythms that occur during sleep. These are important for memory consolidation, among other things. The scientists also found epileptic spikes or abnormal fluctuations in brain activity. These spikes can be disruptive to cognition and normal behaviour and are also indicative of greater susceptibility to seizures. The scientists observed that the anti-C1q antibody treatment not only helped restore the sleep spindles but also prevented the development of epileptic activities. 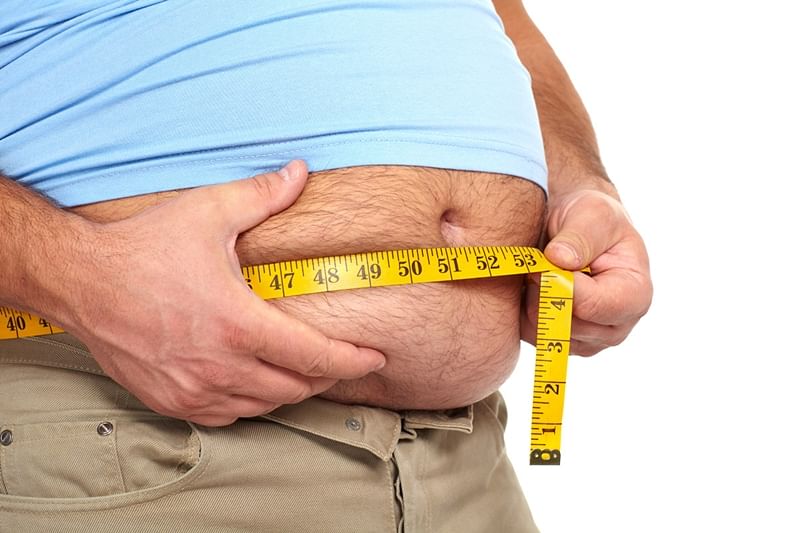 "Overall, our study indicates that targeting the C1q molecule after injury could avoid some of the most devastating, long-term consequences of traumatic brain injury," said Holden. "We hope this could eventually lead to the development of treatments for traumatic brain injury," added Holden. Annexon's anti-C1q inhibitors are designed to treat multiple autoimmune and neurological disorders and are already being examined in clinical trials, including for an autoimmune disorder known as Guillain-Barre syndrome, where the drug has been shown to be safe in humans.

"The fact that the drug is already in clinical trials may speed the pace at which a treatment could eventually be made available to patients," said Yednock. "We already understand doses of drug that are safe and effective in patients for blocking C1q in the brain, and could move directly into studies that ameliorate the chronic effects after traumatic brain injury," added Yednock. For Holden, who previously worked with individuals who experienced brain injury and heard many of their personal stories, the impact of this study is particularly meaningful.

"Brain injury is a hidden disability for many of the people I met," she said. "The side effects they experience can be difficult to diagnose and their physicians often can't provide any medical treatment. Being able to contribute to finding ways to treat the detrimental consequences of the injury after it happens is really inspiring," she added. Paz and her lab are continuing to expand their understanding of what happens in the brain after injury.

Next, they will focus on studying whether they can help prevent convulsive seizures, which are often reported by people with severe traumatic brain injuries. "The holy grail would be to have a treatment that could be offered to a patient after a trauma and that would prevent chronic inflammation in the brain, sleep disruption, and seizures," she added. "Wouldn't it be wonderful if our study helped make that a reality," she concluded. 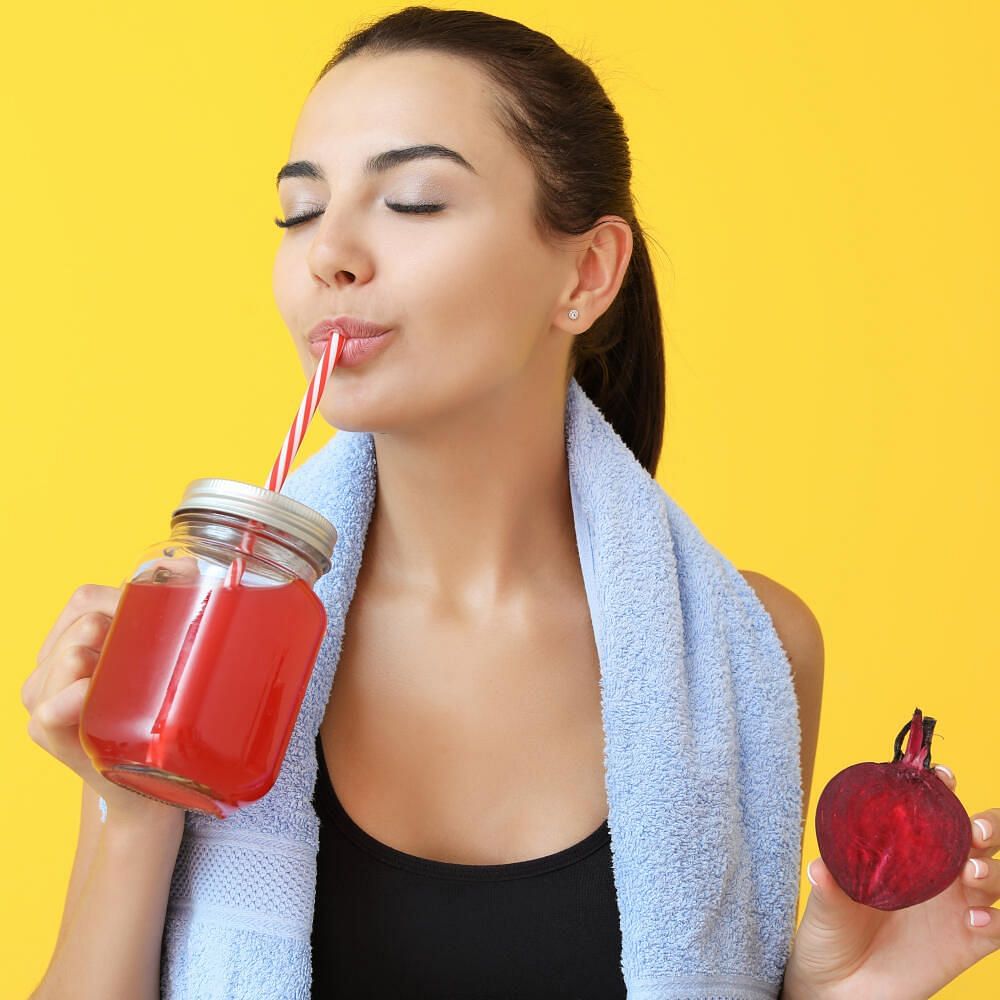 Shambhavi Sharma: A cancer specialist with a passion for animal welfare