Are social media influencers behind teenage tics in UK? 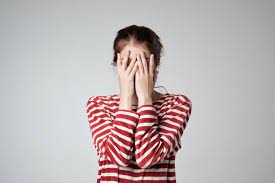 London: British clinicians have reported a surge in cases of extreme tic disorder -- a sudden upsurge of physical and vocal convulsions -- among teenagers, particularly girls, the media reported.

However, in the wake of the pandemic, a new kind of tic disorder is being reported that is far more extreme with convulsions, self-hitting, the Daily Mail reported.

According to experts, the condition could be a result of the psychological pressures of lockdown, with pandemic fear and climate change causing susceptible young people to 'catch' tics from social media influencers who expose their own symptoms online.

"We have at least doubled our referral rate for tics in the past few months, with more than 70 young girls being sent for professional help. It is a very concerning number," Dr Tammy Hedderly, a consultant paediatric neurologist at the Evelina London NHS Children's Hospital, was quoted as saying to Good Health.

As well as appearing more in girls -- and in a later age group than normally seen -- the new tic condition's symptoms are markedly different, she said.

"Normally tics have a gradual onset, but the new ones appear suddenly. These patients are typically presenting from the age of 13 to 15 with florid attacks that appear overnight.

"And instead of being face and eye tics (such as twitching and eye rolling) they are full-body flailing movements and sometimes sudden-onset vocal tics, repetitive words and noises," Hedderly noted.

Similar outbreaks are being reported by specialists in the United States, Germany, Denmark, France and Canada, the report said.

German psychiatrists, last month, claimed that teenagers are catching tics from social media sites such as TikTok and Instagram, where they watch influencers with Tourette's syndrome -- a disorder characterised by extreme tics and which, in rare cases, involves offensive or obscene utterances.

The theory is that young viewers then become compelled to mimic the physical and vocal convulsions they watch, the report said.

The phenomenon should be labelled a 'mass social media-induced illness', said Kirsten Müller-Vahl, a professor of psychiatry at Hannover Medical School, in the journal Brain.

However, Hedderly believes there are multiple reasons for these tics emerging, which according to her includes underlying predispositions that in some cases are set off by watching influencers with Tourette's; the unprecedented pressures of lockdown -- stress and anxiety.