During on-the-spot preliminary questioning, 50 pills of ecstasy were recovered from her possession.

Mumbai: In an operation on Sunday, NCB successfully busted an international cartel that was active in the Goa region and seized a total of 107 MDMA tablets, 40 grams of high-grade mephedrone, and 55 grams of high quality hashish from two foreigners in Goa.

Initially, input was received by the NCB-Goa Sub-Zonal Unit about a drug syndicate operated by foreign nationals in the North Goa area. Accordingly, intelligence sources were contacted, after which details about a young Russian lady named Ambika were analysed. The said lady was operating in association with another key associate who was informed to be a foreigner also.

On Sunday, November 27, information was gathered that Ambika was in possession of a consignment of ecstasy pills for further distribution and was located near Uddo Beach, Siolim, North Goa. The officials of NCB-Goa Subzone immediately moved into the area and set up a trap to physically identify and apprehend the lady before she distributed the contraband to others. 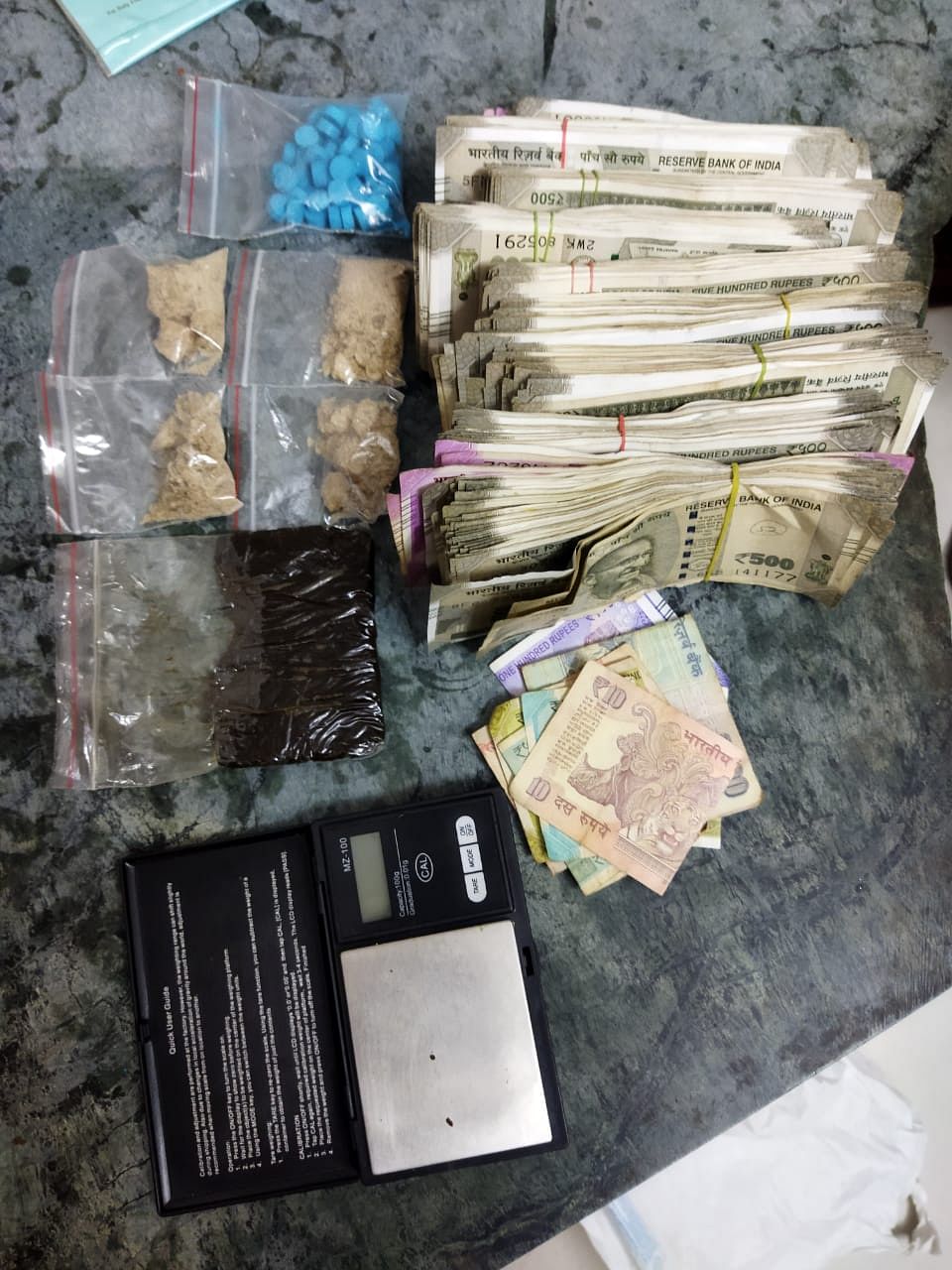 British national J.Lee was also apprehended along with 57 ecstasy pills, 40 grams of MD (mephedrone), 55 grams of high quality hashish, and cash worth INR 4,50,420. |

Soon, the identity of the Russian lady was confirmed, and thereafter, the NCB team intercepted Ambika. During on-the-spot preliminary questioning, 50 pills of ecstasy were recovered from her possession, and she was taken into custody immediately for further investigation.

Ambika revealed another associate named J. Lee, a British national based in Mapusa, Goa, during further questioning. Accordingly, after a set out held by a team of officers from NCB's Goa Sub Zone, J. Lee, and in a late night operation.

J. Lee was apprehended after a brief chase, along with 57 ecstasy pills, 40 grams of MD (mephedrone), 55 grams of high-quality hashish, and cash worth INR 4,50,420/- recovered from him. During his interrogation, J. Lee admitted that the cash recovered was the sale proceeds of the drugs, of which a part was meant to be forwarded as payment and the rest was to be used to buy fresh consignments of drugs. He is the father of Ambika.

The report describes a significant seizure in terms of quantity, quality, underground nexus, and foreigner involvement in drug syndicates.

It was discovered that they only supplied drugs to white tourists and had been operating in Goa for a long time.

Goa: Margao MLA has task cut out to get govt approval for waste management works