‘Winning the award for Bhonsle felt like poetic justice’: Manoj Bajpayee on his third National Award 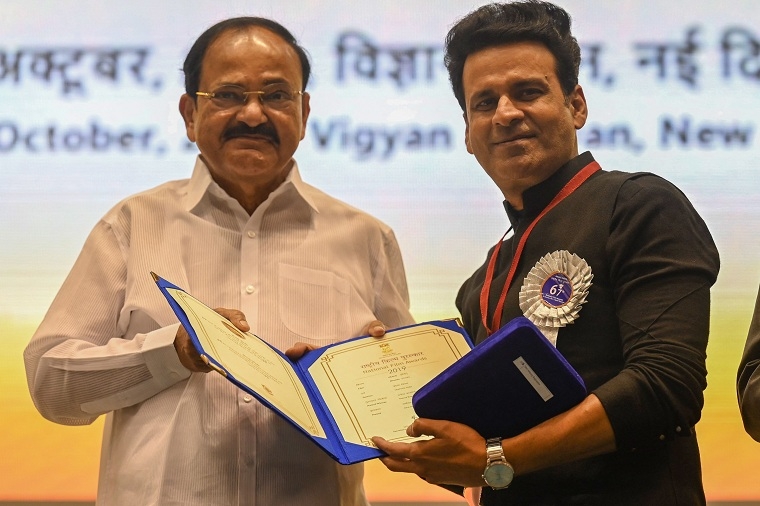 After a long wait because of the ongoing pandemic, the 67th National Awards were finally presented to the recipients in the national capital. In the elite gathering was Manoj Bajpayee, who has been on a dream run professionally, but who can still exult for a little big film like Bhonsle that he supported and stood by for four years. Excerpts from our conversation…

Winning the prestigious National Award for a film like Bhonsle, which despite all the critical acclaim went through its own struggle to get a release, must be a validation of sorts.

More than validation, being adjudged Best Actor first at the Asia Pacific Screen Awards and then at the National Awards felt like poetic justice. Independent films like these need to be supported more aggressively. You can’t just make them and sit on them. They need to be seen, enjoyed and appreciated. That’s why prestigious awards like these are so encouraging.

It was a tough character to play even for an actor like you who has pulled off many challenging roles in the past.

Yes, Bhonsle hardly spoke, I had barely 10 small lines through the film. Everything was in the look, the walk, and the subtle nuances. I realised early that I would have to forge a deep, personal bond with him, understand him in great detail, then just be him in that moment, without thinking of the camera. The director, Devashish Makhija, also shot it that way, the camera capturing every twitch of the eye, the fingers, the body…

How different was it when you won your first National Award for Best Supporting Actor for Satya?

That was 23 years ago, I was younger and people could see my excitement at getting the award, one I had always wanted to win at least once in my life. 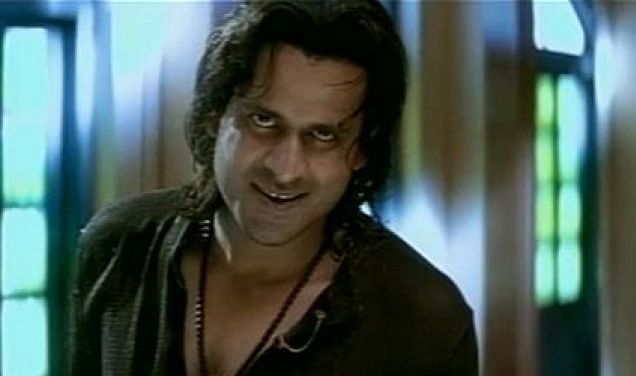 And when you got it for a second time, the Special Jury Award for Pinjar?

That felt like justice had been finally done. The film got rave reviews, but none of the mainstream awards even nominated it, forget my performance.

Despite all the happiness, there must have been a niggling regret that your father, whom you lost recently, was not there to share the moment with you?

As a person interested in spiritual growth, I believe he is in a better place. As a son, I miss him. He kept every little trophy I ever won, celebrated my every achievement. In his lifetime, he saw me growing, coming into my own, making him proud, so there are no regrets.

But I missed him on Monday, knowing he would have accompanied me to the National Award ceremony. My parents stayed in the village or in Delhi, while because of work I live in Mumbai. I called him to Mumbai when I won my first mainstream award, the Filmfare award. He attended the function with me, but didn’t care for the crowds and the chaos. 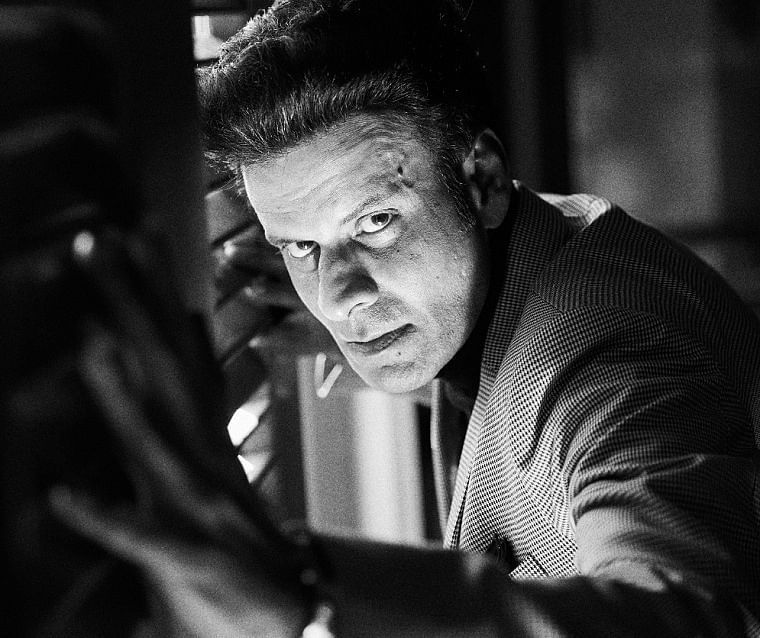 ‘At 24, I learnt that for the French, India is Satyajit Ray,’ says Manoj Bajpayee
Advertisement

Subsequently, he accompanied me for several award functions, but was most impressed when he went with me to the Vigyan Bhavan for my second National Award for Pinjar. He loved to visit institutions like these. We come from the village and for us politics, power, prestige mean a lot.

On Monday, he would have enjoyed looking at the Vice President, (M Venkaiah Naidu) presenting me with the award from afar and watching Rajini (Rajinikanth) sir’s every small gesture from behind. He had this wonderful talent of coming home and narrating everything in great, vivid detail.

Talking about Rajinikanth, it was indeed moving when the Thalaiva dedicated his Dadasaheb Phalke Award to his mentor K Balachander, elder brother Satyanarayana Gaikwad and his friend Raj Bahadur, who was the Karnataka bus transport driver when he was a conductor and spotted the actor in him.

That’s Rajini sir for you. All actors can learn from him that no matter how successful you are, you should not cut yourself off from the past. Like him, you should remember every support you got from people on the journey to the top. I look up to him for this rare humility.

'One call can change your life forever': Manoj Bajpayee opens up about his latest release, Dial 100

Does your daughter, Ava Nayla, understand that her father is a three-time National Award winner?

(Laughs) She is still too young to understand the importance of any awards. Right now, I am away from her in Kerala, shooting for Abhishek Chaubey’s next, and she is only interested in meeting me soon.

Finally, would you say that in the years since you have grown and evolved as an actor?

I’ve always been interested in growing and evolving as a person and when that happens, you simultaneously grow and evolve as an actor too. Without ever taking myself seriously, I feel I am a better person and a better actor today. 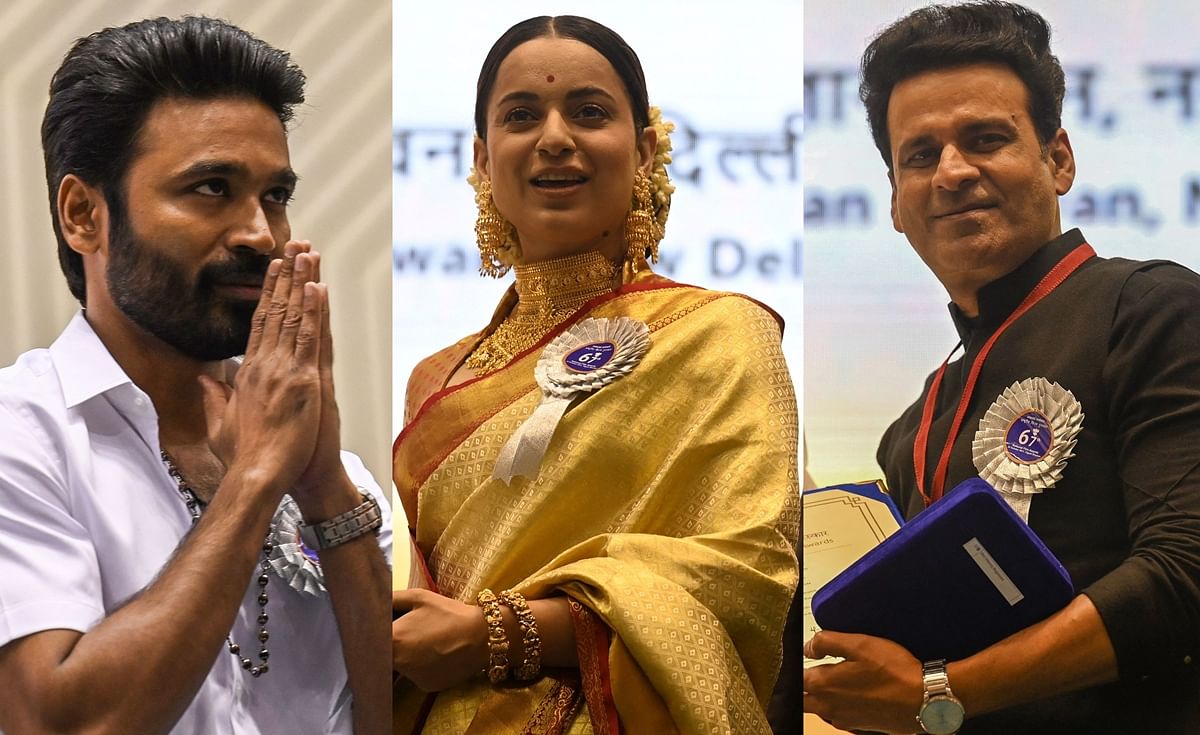