'We have even made the audience a part of the show...': The OG Duryodhan, Puneet Issar, returns with the Mahabharat on stage

Two years following the pandemic, the actor-director will stage his play in Mathura-Vrindavan today; he plays the older Duryodhan with son Siddhant in the younger avatar
Roshmila Bhattacharya 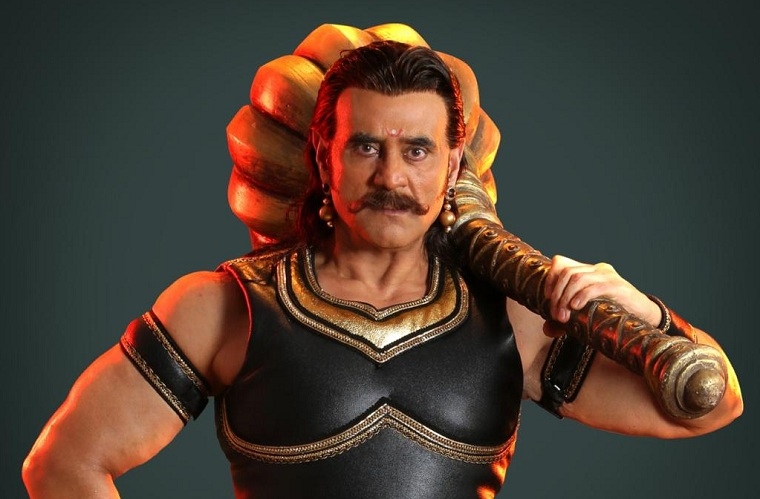 On March 12, 2020, Puneet Issar completed a golden jubilee run of his play, Mahabharat The Epic Tale. The 50th show was staged at the Nehru Centre in Mumbai to an overwhelming response. There had been 25 more private shows, and the actor, writer, director was readying to finalise a deal with a leading studio for 200 shows when an errant coronavirus put paid to his grandiose plans. The ongoing pandemic, which locked people across the world in their homes for months together, brought entertainment to a grinding halt.

Now, after almost two years, the Mahabharat will be staged in Mathura-Vrindavan today, as part of the Hunar Haat, a 10-day cultural programme, followed by 11 more shows till the year-end.

Puneet’s stint with amateur theatre began when he was in college. But once he got busy with films, there was no time for plays. It was only in 2015 that a theatre group from Delhi wooed him back to the stage with Raavan Ki Ramayan, which was a retelling of the epic from the point of view of its antagonist. “The play got me rave reviews, but what surprised me was that after watching me play Raavan for three hours, viewers would then request that I recite some of my dialogues from Mahabharat,” shares the actor who played Duryodhan in BR Chopra’s classic TV show. 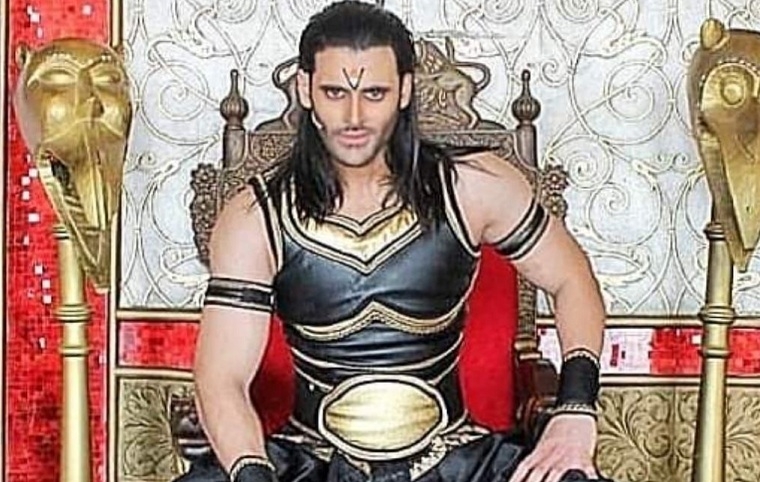 That set him thinking, and he decided to give a new spin to this epic tale, too, looking at it through the eyes of Duryodhan and his best friend, Karan. It took him a year to write the play and another year to rehearse it. What makes Puneet’s Mahabharat  different and distinctive is that the dialogue is in verse, there are four musicians performing live, and while the actors are performing, large LED screens flash images of warring soldiers, burning pyres, flying birds and flitting deers in the background depending on the scene being enacted which along with the props in the foreground, combine to create the effect of a 3D film.

“We have even made the audience a part of the show with me entering the  ranbhoomi  through the crowd,” says Puneet, who returns as the older Duryodhan with son Siddhant Issar as the younger Duryodhan and Rahul Bhuchar as Karan. Puneet has introduced a new character of Dharti Mata, played by Tapasya Dasgupta, who rises lamenting and narrates this epic tale. 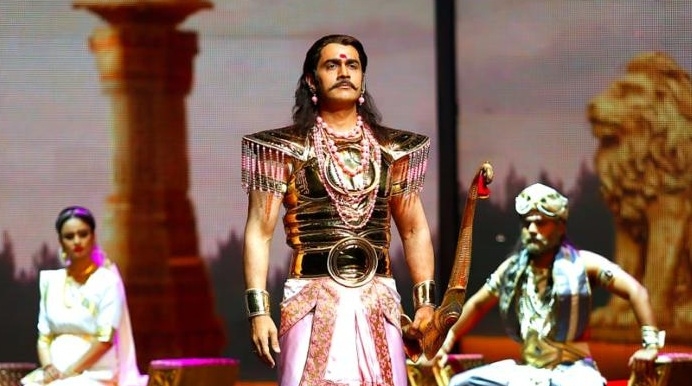 The proud father is all praise for his son, who has co-written the play. Puneet equally impressed with Siddhant’s on-stage histrionics, points to the scene where his five vices are being underlined to a young Duryodhan. “When told that ahankaar (arrogance) is something he would need to conquer, he argues that he doesn’t see anything wrong in taking pride in the achievements of his forefathers and wanting to belong to this noble lineage,” Puneet explains.

Similarly, when reprimanded for his anger, Duryodhan reasons that he would need its fire to avenge the humiliation of his father, friend and his own. Ambition, he asserts, is equally important to succeed, while envy gives one a competitive edge over his enemies. “As for temperance, he doesn’t believe in that either, maintaining that since he’s human and not God, emotions are his birthright,” Puneet elucidates, adding proudly that Duryodhan’s different take on the vices was greeted with thundering applause during every show. 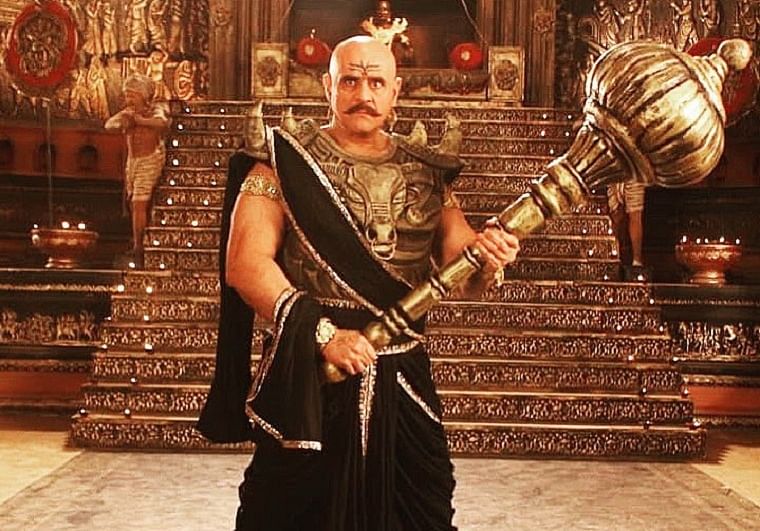 As an actor, he admits he enjoys the adrenaline rush that playing Duryodhan brings, be it on television or two decades later, performing in front of a live audience. The actor is as imposing a figure today at 63 as he was when in his 40s. “I do an hour of cardio and two hours of weight training, running up and down 16 floors four times a day at least thrice a week,” he rattles off, adding that he could continue uninterrupted with his workout regime even during the lockdown because he has converted his garage into a personal gym.

“If Clint Eastwood can be fighting fit and play lead roles at 90, surely I can do the same at 60,” he smiles, insisting that age is just a number and exercise should not be limited to one’s youth. “Everyone, man or woman, must workout, do some kind of weight training, and focus on eating the right food to prevent the muscles from degenerating. We are only as old as we feel,” he advises. The Show Must Go(Online): Makarand Deshpande, Puneet Issar and others to conduct survival lessons...

And besides keeping himself fit, Puneet has also been working on two scripts during the pandemic. One is a web series on the life of the legendary wrestler and strongman Ghulam Mohammad Baksh, who went by the ring name of The Great Gama. Gama Pehlawan remained undefeated in a career spanning more than 50 years. He is collaborating with Salman Khan on this project. “It should happen soon. I’ve also been developing a feature film which I hope to roll with in March,” he informs.

And this time, Puneet is not going to forsake the stage either. “I’ve been writing another three-hour-long play, Jai Shri Ram, which is the Ramayan now told from Ram’s point of view. The first draft is ready. I’ve written the story and the screenplay. I will be acting and directing it,” he signs off. 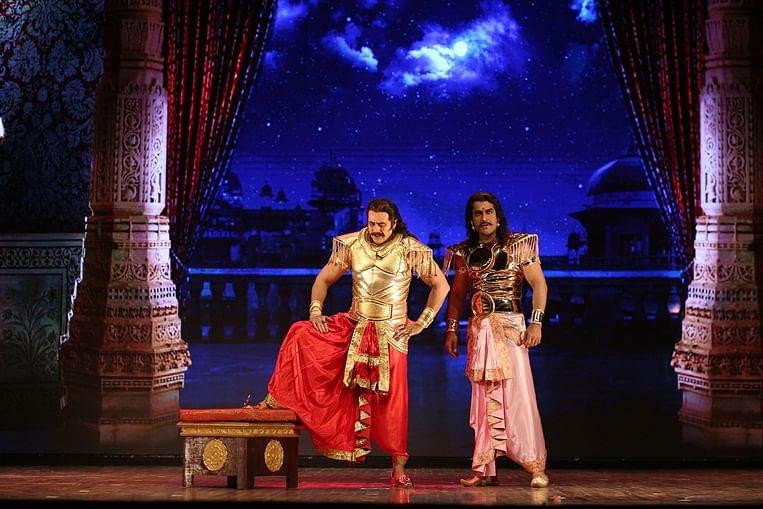