A Chennai based advocate has reportedly filed a petition in Madras High Court seeking ban on online gambling apps and has accused actress Tamannaah Bhatia and Indian skipper Virat Kohli of promoting it.

A Chennai based advocate has reportedly filed a petition in Madras High Court seeking ban on online gambling apps and has accused actress Tamannaah Bhatia and Indian skipper Virat Kohli of promoting it. The petition seeks the arrest of both the brand ambassadors of Mobile Premiere League (MPL),

Recently, Tamannaah Bhatia joined Virat Kohli as the brand ambassador of the Mobile Premiere League (MPL), which is touted to be India's largest mobile gaming platform. The two were endorsing and representing the brand across all channels. Promoting the same, Bhatia had tweeted in March, "Who doesn't like gaming? I love it! & imagine winning big prizes everyday by playing your favourite games like Pool, Fruitchop, PUBG and many more! That's exactly what @PlayMPL does. I am super excited to team up with MPL - Mobile Premier League, India’s biggest mobile gaming app."

This comes after a youngster committed suicide after being unable to pay the money he lost in online gambling.

Last week, the Madras High Court also voiced concern that unemployed youth were being lured and made to become addicts by portals offering online games such as Rummy and suggested that the Tamil Nadu government take measures to pass suitable legislation for regulating them through license.

A comprehensive regulatory frameworkby a regulatory body was necessary for online sports and to curb illegal activities as well, Justice B Pugalendi observed while cautioning that if a youngster losing money in the game turned out to be a criminal it would wreak havoc on the society.

The court was discussing the issue as a senior state police official had earlier submitted, in response to a court query, that there was no rule to regulate and license the online skill games, he said. 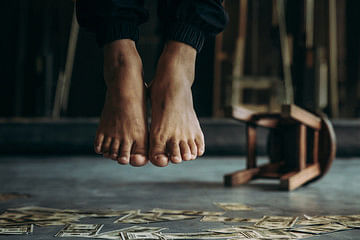