HomeEntertainment'The idea was to test my versatility': 'Haseen Dillruba' director Vinil Mathew on his recent release

'The idea was to test my versatility': 'Haseen Dillruba' director Vinil Mathew on his recent release

I try not to cast celebrities because that comes with a lot of pressure and baggage. I like to work with good actors; even if they are celebrities I treat them as actors,” Vinil says

Vinil Mathew is a force to reckon with in the ad world. And, over two decades and 250 commercials, including the famous Cadbury ‘Kuchh Meetha Ho Jae’ ad, later, Vinil stepped into Bollywood and gave us the 2014 romcom, Hasee Toh Phasee. His latest movie, Haseen Dillruba, starring Taapsee Pannu, Vikrant Massey and Harshvardhan Rane, recently released on Netflix.

A few minutes into the conversation, Vinil reveals what led him to direct feature films. Going back to the time when he was trying to do a feature film, when he introduced himself as an ad film director to his network provider it wasn't exactly a warm welcome. Vinil wanted to be taken seriously as a filmmaker — today, his two directorials are a proof of that.

Both his films fall into different genres. Hasee Toh Phasee was a romantic comedy and Haseen Dillruba is a crime thriller. Vinil says he likes exploring human relationships and avoids repeating himself. “The idea was to move on from what I have done in the past to test my versatility. Haseen Dillruba has many layers, which excited me to do the film,” Vinil begins.

Written by Kanika Dhillon, the film tells the story of Rani (played by Taapsee Pannu), a woman from Delhi who marries a small-town man named Rishu (played by Vikrant Massey). Their marriage of compromise is further strained when Rishu’s cousin, Neel (played by Harshvardhan Rane), enters the picture. Vinil says his association with Kanika goes long back and he has always admired her work. “I like her writing style. The story is unique and it took a month for us to start shooting after the script was completed,” he adds.

In his illustrious career spanning over two decades, Vinil has worked with several biggies from the film industry. Apart from Taapsee Pannu and Parineeti Chopra, the list also boasts names like Deepika Padukone, Vidya Balan, R Madhavan, Karan Johar, among many others. However, the director isn’t keen on working with celebrities. “I try not to cast celebrities because that comes with a lot of pressure and baggage. I like to work with good actors; even if they are celebrities I treat them as actors,” Vinil clarifies and adds that he is also choosy when it comes to directing a commercial.

Read Also
'Personal digs is what pulls down a critic to a troller': Taapsee Pannu reacts to negative reviews... 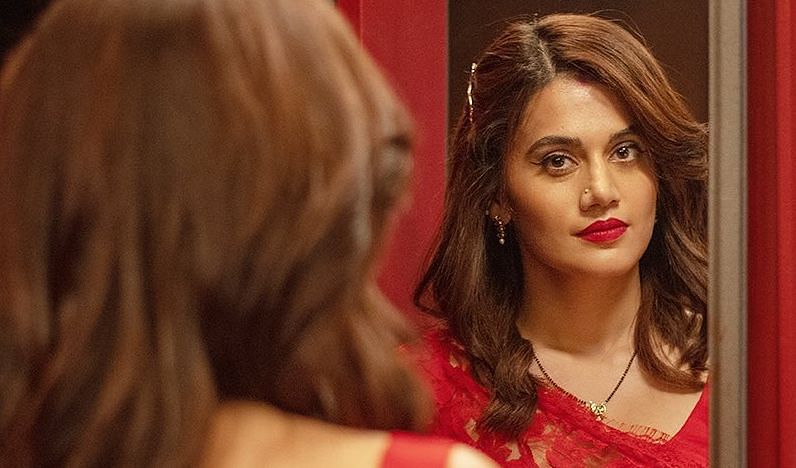 “I select human interest stories. I try to do interesting work with new talent. I am happy that many of the newcomers who had done their first commercial with me have become successful actors,” he says. Ask if he has a list of actors he wants to work with for his future films, he says, “I don't have any such list.”

Although, Haseen Dillruba failed to impress the critics and the audience, his commercials have been a huge hit. Having worked in both the mediums, Vinil says they can't be compared as they are different and each has its set of pros and cons. “Film is a long commitment, whereas a commercial need a few days. A film has various plots; you can explore various characters and nuances. While in commercials, the biggest setback is you may have made effective, popular and successful ads, but people don’t know you,” says the director and adds that films get a director credibility. “It's rewarding and fulfilling.”

Before signing off, the director confesses he loves doing films, but wants to direct commercials as well. “Films are a medium to switch myself when I am bored of directing ads. I have spent almost two years on Haseen Dillruba and now I can’t wait to do ads,” Vinil concludes.