Actor Pankaj Jha is now gearing up for the release of his upcoming web series Nirmal Pathak Ki Ghar Wapsi. It is set against the backdrop of a small town in Bihar and will premiere on SonyLIV on May 27. Naren Kumar is the showrunner of this upcoming series. It is written by Rahul Pandey; directed by Rahul and Satish Nair; produced by Naren and Mahesh Korade, and created by Kyra Kumar Kreations. It also stars Vaibhav Tatwawadi, Alka Amin, Vineet Kumar, Akash Makhija, Kumar Saurabh, Garima Singh, and Ishita Ganguly. In an exclusive chat with The Free Press Journal, he talks about the show and much more.

Opening up about his role, he shares, “I play the character of the chacha. I cannot reveal much in detail. But yes, he is like the small-town type of chacha. The story also touches on the orthodox society of small towns and their thought process. My nephew Nirmal comes back home to the village. What is his reaction after he returns? What are the differences between him and the other family members’ opinions? All this forms the crux of the story.”

Pankaj has worked in many Bollywood films as well. Talking about his journey in films, he says, “I started with Meera Nair’s Monsoon Wedding. Later, when I landed up in Mumbai, I started with Ram Gopal Varma’s film titled Company. Thereafter I worked with director/producer Anurag Kashyap’s film Gulaal. I have also worked in Chameli. In fact, I have done a lot of off-beat films.”

When asked if he can tag him as the off-beat champion, he explains, “Yes, why not? I can be tagged as the off-beat champion. I must give away a secret. Very simply put, we actors are responsible for making directors make good and successful films. After casting us, the director finds his reel character and adds icing on it. We try to perform to the best of our ability. This way, we make the director, and we also sustain in the industry, making our mark as good actors.” 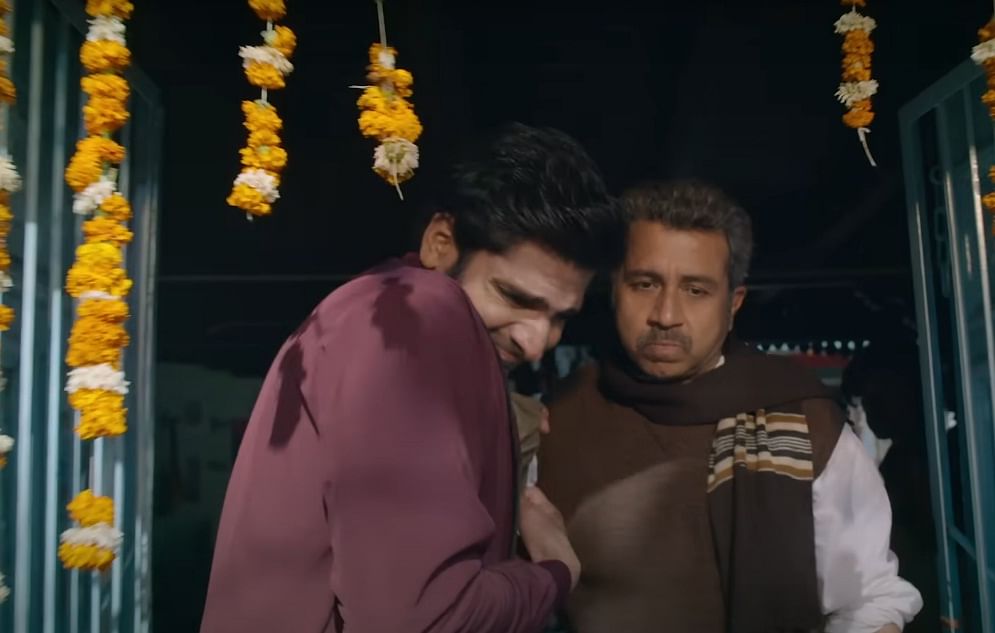 Pankaj has quite a few interesting projects in his kitty but doesn’t reveal too much about them. "I had a dialogue where I say, 'Mere paas bangla hai...’ in Gulaal. I remember Anurag would tell me, ‘Aap humare Gulaal ke Amitabh Bachchan ho!’ So mere paas hai, but I am unable to update you much about my role in Panchayat 2. You will have to watch it. Also, I am in talks for two films which I cannot divulge,” he states.

The actor has a very interesting hobby in his leisure time. “I am passionate about paintings, and whenever I am free, I start painting. I am into abstract painting and usually do it with acrylic paints,” he concludes.