'OTT has opened up a lot of avenues for many actors, including me': Shilpa Shetty on her digital debut

Mumbai: Actor Shilpa Shetty Kundra says she will make her digital debut with a series and is excited to see how the audience will receive her in the streaming space. The actor said, though it is too early to reveal details, she aims to start shooting for the project in 2022.

"I've said yes to something that I'm going to start mid next year. It needs a lot of prep, that will be another announcement. OTT has opened up a lot of avenues for many actors, including me. It requires a lot of time so if it's that one outing, then it really has to justify you and be synonyms with your brand. So there is something that has come my way. It'll be interesting for me to be seen in that space," she told PTI.

Shilpa will be the latest '90s star to venture into the digital space. Her contemporaries like Madhuri Dixit and Raveena Tandon are also set to make their digital debut with Netflix series "Finding Anamika" and "Aranyak", respectively. While Sushmita Sen has already made a successful series debut with the 2020 show, "Aarya".

The 46-year-old actor said apart from the OTT project, she has also signed a new film, which will go on floors by the end of the year. Shilpa is currently gearing up for the release of "Hungama 2", featuring Paresh Rawal.

The Priyadarshan-directed comedy is scheduled to be released on Disney+Hotstar on July 23. The actor, known to star in films like "Life in a Metro" and "Dhadkan", said, though the comedy marks her first film in 14 years, her comeback film was supposed to be "Baaghi" director Sabbir Khan's "Nikamma".

Read Also
'I have strong faith in whatever I do': Shilpa Shetty Kundra on the importance of yoga in her life 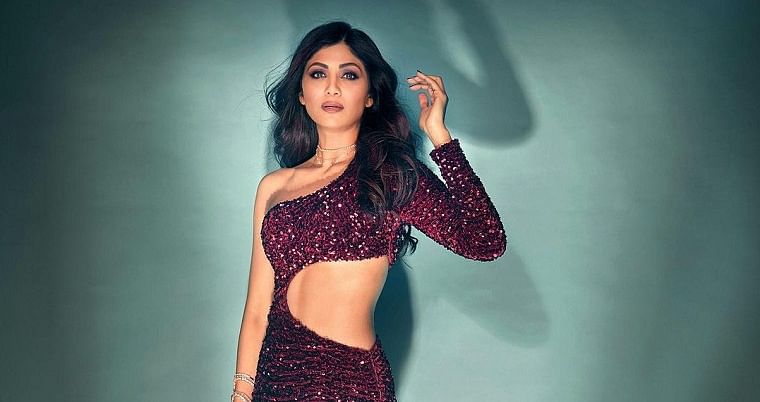 The action-romantic-comedy, also starring Abhimanyu Dassani and Shirley Setia, was pushed due to the pandemic. "The first film I had said yes to was 'Nikamma'. It is a great part. I thought if I have to make a comeback, it has to be something different. We are waiting for a theatrical release for that one.

"'Hungama 2' happens to release first. I would have loved to make my comeback on 70 mm but OTT is great for us actors because there are some people who would prefer watching films at home due to the pandemic," she added. Both, "Hungama 2" and "Nikamma" are a departure from the trend of actors making a comeback to the screen with heavy duty, socially relevant films. Shilpa said she is inclined towards entertaining the audience and unlike other stars, doesn't take herself "too seriously."

"I really believe actors take themselves too seriously. But I don't. I'm here to entertain people. A film has to be received well, it's never about you. There are so many big multistarrer films where in the trailer itself I feel, 'I don't think this will work for me.' I've learnt over the years, if the content works, the actor works and becomes bigger... Both the films that I chose after such a long sabbatical worked for me on those front," she added. HomeEntertainment'OTT has opened up a lot of avenues for many actors, including me': Shilpa Shetty on her digital debut