Flashbacking to an unforgettable incident with film folk

On Wednesday, June 16, on Mithun Chakraborty’s 71st birthday, B Subhash remembered his ‘Disco Dancer’ with gratitude as he flashbacked to a shoot of the film in Mumbai’s Aarey Milk Colony in the early ’80s. They had begun around 11 am and at 2 pm, the producer-director learnt that his ‘hero’ had been diagnosed with jaundice. Instantly, he rushed to the actor, reprimanding him for not telling him he was unwell.

“Why did you report for work?” he asked and Mithun pointed out that since it was Subhashji’s first film as a producer, he did not want him to suffer any financial losses. The filmmaker was touched by his gesture but wanted to pack up immediately, but again his leading man stopped him, insisting he was okay and they should continue. “Would you believe, Dada shot till 6 pm that day?” Subhashji marvels, admitting that he has yet to meet another actor who is as professional and empathetic. Cut to the climax, which was being filmed on a large set at Filmistan Studio with a crowd of junior artistes, who would line up every evening after pack-up to collect their daily wages. The queue would extend beyond the studio grounds and spill into the street, surprising veteran actor Pran when he turned up for a shoot. “Pran sahab confessed he had never seen such a crowd before,” narrates Subhashji.

Since the junior artistes had to be paid in cash that amounted to thousands and there were no cell phones back then, every evening the debutant producer would be standing beside a phone installed just outside the stage, waiting for the operator to connect him to someone who could arrange for the money. “One day, Dada, who had observed this, called me over and gave me Rs 30,000, telling me the money would come in handy for paying these actors every day. When I protested saying I owed him money and here he was paying me, he waved me off saying, ‘Guru, you can settle my dues later, right now it is important to complete the film without you going through any more stress,’” reveals Subhashji. He shares that years later, he heard that Raaj Kumar had once bailed out a producer, who had been put under house arrest in the hotel where they were staying after a shoot in a hills station, because he had run out of money and could not pay the bill. “However, I experienced this only with Dada,” he shares. 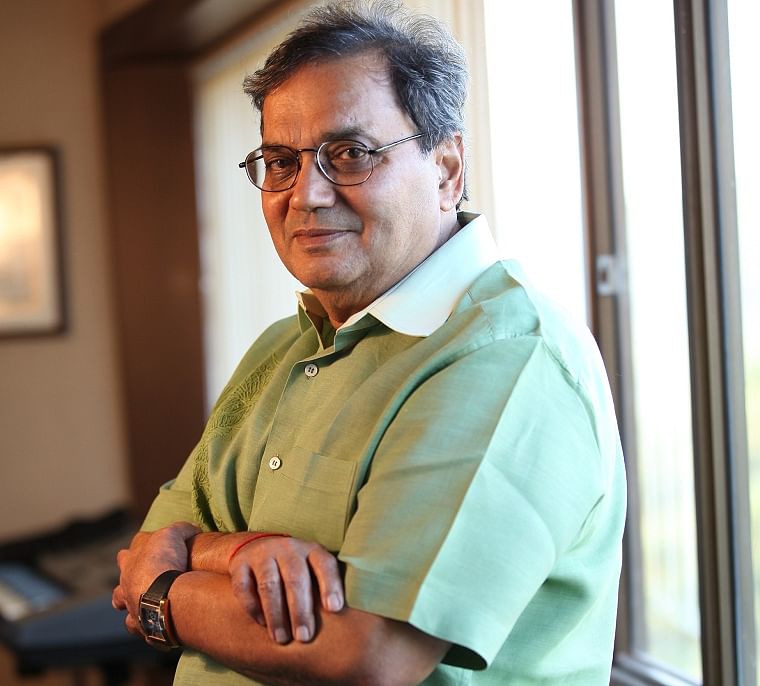 He goes on to inform that Mithun’s empathy extended to even complete strangers, recalling how during the shoot of Pyar Ke Naam Qurbaan at the Hogenakkal Waterfalls on the border of Tamil Nadu and Karnataka, they came across a man who had lost his mental balance. “He was kept chained because he was known to turn violent. When Dada heard about him, he visited him and started chatting with him in Tamil, which he speaks fluently. Soon, they were the best of friends and the man would drop by the set, sitting on the ground beside Dada’s chair, chatting with him animatedly. At times Dada even shared his food with him,” he recounts, adding that after the shoot, Mithun got him admitted to a hospital where he underwent treatment.

And did he get well? “Well, when I returned to the falls to shoot Divine Lovers, I enquired about him and learnt that he had returned home sane, but soon after, had started drinking again and lost his balance. Since he had started attacking people, they once again chained him. By the time we went there, he had passed away,” Subhashji concludes with a sigh.