'It is not crime but realism that excites me': Manish Gupta

The acclaimed writer and director talks about his recent release 420 IPC, why he prefers the crime genre, and more
S Ramachandran 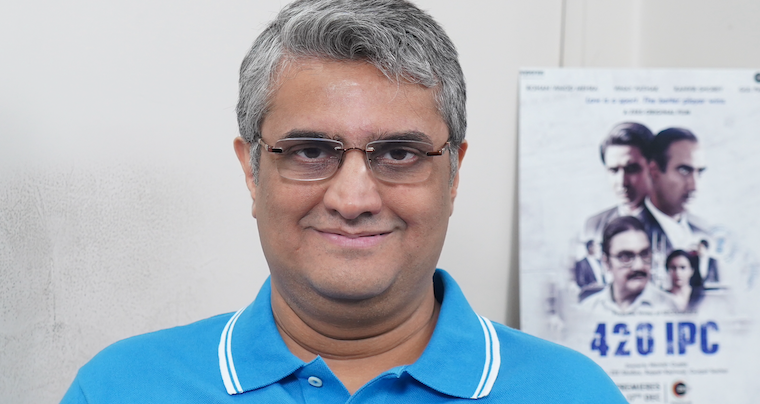 These days, films are heavily content-driven in Bollywood. However, one filmmaker has always sought out-of-the-box content over stars. Manish Gupta has already proved his mettle by writing crime dramas like Sarkar and Section 375. His previous directorial ventures like Rahasya and The Stoneman Murders were lauded for their unique storyline. Manish’s recent release, 420 IPC, is a courtroom drama based on an “economic offence”.

The fact that every film of his has a crime as the backdrop, we ask Manish if this genre excites him as a subject. “It is not crime but realism that excites me. I write what I see happening all around me,” he shares. Manish agrees that research-based subjects lend themselves better to mystery writing, with fact being more exciting than fiction.

"Working on a real subject is always more exciting. Because you know that something like this has actually happened. It makes it that much more relatable and thrilling. I specialise in writing and directing suspense films. Over the years, I’ve created my own niche genre wherein I take a real case or details from several real cases, and I weave them into a riveting, gripping suspense film,” he adds.

Speaking about how his previous films were all based on real-life incidents, he explains, “I scripted the screenplay and dialogues for Section 375 based on the Shiney Ahuja case. I directed Rahasya based on the Aarushi Talwar murder case, and The Stoneman Murders were based on the infamous stoneman killings.”

His latest release is no exception. “Now, 420 IPC depicts realistic court procedures involved in economic offence cases,” he says. 420 IPC stars Vinay Pathak, Ranvir Shorey and Gul Panag. Opening up the casting process, Manish says, “Vinay’s character is that of an urban CA whose morality is ambiguous and whose demeanour is amusing. I could not think of anyone apart from him to play this role.” He adds, “Ranvir and I were friends in college. We met after 28 years at an awards show in 2020. I spoke to him about 420 IPC. Soon he read the script, and he instantly said a yes. I liked Gul’s work in a recent web series, so I got in touch with her. Being a law student, she appreciated the intricate detailing of legal procedures in my script.”

Manish has already wrapped up his next project. “It’s another suspense film starring Raveena Tandon. The shooting is complete. The film will release next year,” he concludes.