Advertisement
Home / Entertainment / I was always a misfit because of my accent: The Married Woman actor Monica Dogra

I was always a misfit because of my accent: The Married Woman actor Monica Dogra

Monica Dogra, currently seen in the web series The Married Woman, gets candid about facing discrimination, and making space for herself in the entertainment industry

Monica Dogra made her Hindi movie acting debut with a cameo in Farhan Akhtar-starrer, Rock On!. She followed it up by playing the lead role in Kiran Rao’s directorial debut, Dhobi Ghat. Monica has also appeared in movies like Fireflies, David, The Spectacular Jihad of Taz Rahim, Teraa Surroor and the short film Relapse, and the Netflix series, What are the Odds. Monica, who has grown up in the US, has been living in Mumbai for the past 14 years, trying to make her space in showbiz. However, it hasn’t been an easy ride for her. The actor is currently seen in Alt Balaji’s The Married Woman, which also features actor Ridhi Dogra. The series tackles the subject of same-sex love — a subject considered taboo by many. The actor says, owing to her American accent, she has lost out on many opportunities, and there have been times when her roles have also been chopped. In an interaction with the Cinema Journal, Monica gets candid about the show, the entertainment industry, and her journey. Excerpts:

How has your journey been in the entertainment industry?

I have always loved telling stories, enjoyed dancing and acting. My mom and dad split when I was very young. I studied at the New York University... and life was full of struggles back then! Things took a turn for the better after than. Accidentally, I came to Mumbai, started a band [Shaa’ir and Func], which became famous. Then I got Dhobi Ghat with Aamir Khan’s production. But, I was always a misfit because of my accent. I was cut out from certain roles. I am trying to improve my Hindi now.

Why do you think you were a misfit?

I was well received. But, the way the industry works, the roles that are meant for foreigners are occupied by foreigners. Girls who do not look Indian, their [the industry’] beauty standards start to shift. I look Indian, but my accent is different. And, I am known to do things, which are not mainstream.

Ekta Kapoor is bringing to screen a subject [same-sex love], which is not generally spoken about in public. What’s your take?

I am very grateful to Ekta Kapoor for the opportunity. Today, people in power are taking chances and telling new-age stories like The Married Woman. Discussions around gender, sexuality, religion or politics always create discomfort. I think if we start accepting each other’s differences with love, the love will become richer. The LGBTQ community has inspired me a lot. I consider myself as an ally to the community and I humbly ask to be included. No one can negate their struggles. With a show like The Married Woman, we got an opportunity to open our hearts and minds for this kind of love, which is the most precious and transformative thing on the planet. I think we judge and are afraid of things we don’t understand. The show is very beautifully made and the topic is handled with utmost sensitivity. I pray it transcends all judgements.

How challenging was it to get into the skin of the character, and also get out of it once the shoot was done?

Getting into the character was not difficult, but getting out was very hard. I had to go back to the things that had happened to me, and open the doors that I had kept closed for long. I would, at times, cry after the scene was shot; it was quite exhaustive. My director Sahir [Raza], and the team was a huge help.

Don’t you think we need to be discuss so-called ‘taboos’?

I think as long as you keep things under the rug you give it a toxic power. Sex is a part of our lives and as long as we keep it hush-hush, you create frustration, which creates an energy that is not safe. So, hopefully, shows like The Married Woman start conversations on subjects like these within the household, so we can educate our children in the right manner.

What next after The Married Woman?

I am writing a fictional, dark comedy, which I hope to direct. It’s in English, and is produced by a private company. 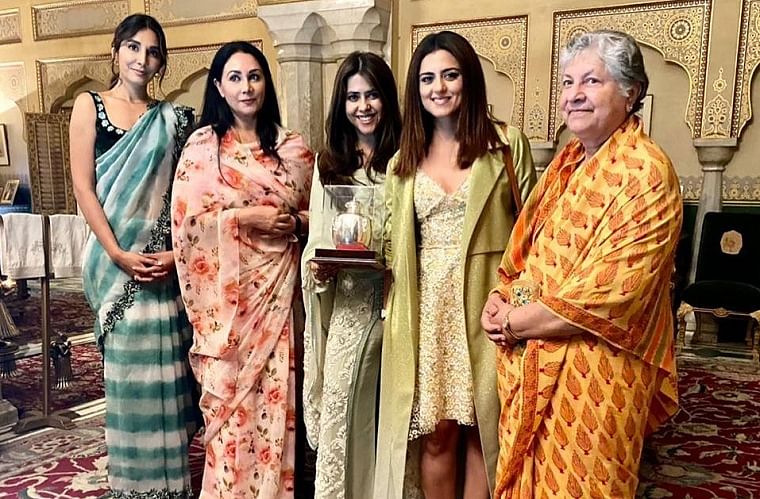