Did Sharmila Tagore reveal Virat Kohli and Anushka Sharma will be parents soon?

For those uninitiated, there have been pregnancy rumours around the star couple, since Anushka hasn’t signed any film since last year

Did Sharmila Tagore reveal Virat Kohli and Anushka Sharma will be parents soon? |

Junior Pataudi Taimur Ali Khan is known to be a paparazzi favourite since birth. While Saif has shown concerns about his son, who is still a toddler, being in constant limelight, doting grandmother Sharmila Tagore, also has her share of worries. During Kareena Kapoor Khan's radio podcast 'What Women Want', the ‘Kashmir Ki Kali’ got candid about her grandson surrounded by the media.

For those uninitiated, there have been pregnancy rumours around the star couple, since Sharma hasn’t signed any film since last year, and always accompanies Kohli on tour. There has been no confirmation around the arrival of a new member just yet. Furthermore, Sharmila also spoke about how social media has a major influence on kids of the upcoming generation. She said, “Social media is a concern. Your child would be shaped by many influences. You won’t be able to control those influences. Later on, when he is grown up enough to actually access social media, he will be bombarded with so much information. I feel what the media does is builds you up and then suddenly dumps you.”

She added, “At Taimur’s age, it doesn’t really matter because he is very, very young. But if he is seven or eight, and he continues to be a rage as he is now, then if he is dumped, it would matter. Also, the effect he will have on his peer group… They may like it or may not. I think you guys (Saif and Kareena), not me, have to sort it out. That’s the advantage of being a grandmother; we don’t have any responsibilities.” 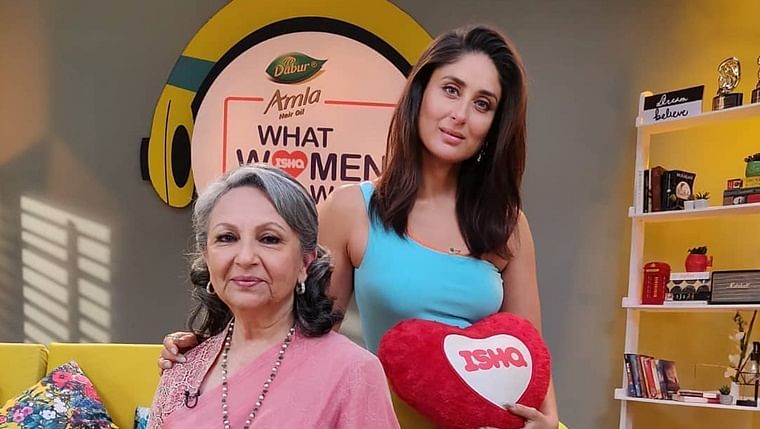