As a performer, she had a fine mind: Filmmaker Govind Nihalani recalls working with Surekha Sikri in 'Tamas'

Surekha Sikri acted in Govind Nihalani’s Tamas and Deham. Tamas is based on Hindi novel (of the same name) by Bhisham Sahni and set against the backdrop of riot-stricken Pakistan during the 1947 partition of India. The film won Sikri a National Award for supporting actress. Deham is a sci-fi revolving around organ sale where Sikri plays a bitter, controlling mother-in-law

A still from Tamas |

Surekha Sikri plays Rajo in Tamas, who provides shelter to the elderly Sikh couple, Harnam Singh [Bhisham Sahni] and his wife Banto [Dina Pathak] when tensions arise between the two communities. One night, when Ehsan’s son finds them, he attacks them forcing the couple to flee. I was lucky that Surekhaji played this character. The movie was set against the backdrop of the Indian partition of 1947. The place that the film is set in was first in India but post-partition became a part of Pakistan, causing conflicts between different communities. There was tension and conflict and Surekhaji did a commendable job of portraying that through Rajo’s character. She had good instincts to identify the core quality of a character. 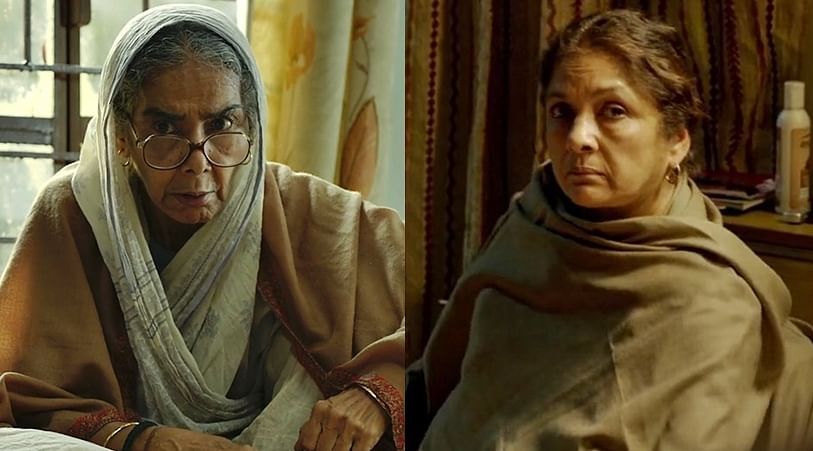 She bagged the National Award for supporting actress for Tamas. I was absolutely happy for Surekhaji when she won the award as she deserved it. Her performance in the movie came from her heart, you can see that through her character. In fact, it was same for everybody who worked in Tamas — they created such memorable characters. The actors that I worked with were disciplined and an extremely talented lot, with some of them being alumni of NSD.

As a performer, Surekhaji had a fine mind. She could understand and grasp the nuances and essence of her character immediately — enabling her to create the body language, walk, speaking style, etc. But when you saw her performances you would never know that she worked hard on them. They looked so effortless.

— As told to Neela Mitra HomeEntertainmentAs a performer, she had a fine mind: Filmmaker Govind Nihalani recalls working with Surekha Sikri in 'Tamas'