About 50 activists of BJP and Bharatiya Janata Yuva Morcha (BJYM) were arrested by the police for not letting the show of comedian Munawar Faruqui take place in Hyderabad on Saturday evening. The show was held amidst heavy police presence inside and outside the auditorium.

Mumbai: Controversial stand-up comedian Munawar Faruqui saw another one of his live shows being cancelled, this time in Mumbai.

Scheduled for August 21 (Sunday), at YB Chavan Auditorium, the show was cancelled late on Saturday as the event organisers did not get permission.

According to sources, the Mumbai event was called off after several BJP and some other right-wing groups threatened to disrupt his Hyderabad show on August 20. The show was held amidst heavy police presence inside and outside the auditorium.

In his 'Dongri to Nowhere' gig, Munawar was expected to talk about his journey and life experiences.

Last week, the Bengaluru police denied permission to Munawar's show 'Dongri to nowhere' in the city, which was scheduled to take place on Saturday. A fringe outfit Jai Shri Ram Sena had lodged a complaint against the comedian and the organisers with Bengaluru Police Commissioner C H Pratap Reddy. In its complaint, the outfit alleged that Faruqui has hurt Hindu sentiments in his shows by making insulting remarks against Lord Ram and goddess Sita.

The comedian was denied permission to perform in November 2021 on the same ground.

He was jailed for over a month earlier this year after a show at the Munro café in Madhya Pradesh's Indore. Munawar was accused of hurting religious sentiments in his comedy shows and has had multiple shows in various cities cancelled. At one point, he had at least 12 of his shows cancelled within a span of two months due to threats from right-wing groups.

Meanwhile, Munawar released another song 'Khawab' on Saturday, which is trending on YouTube. He recently won Kangana Ranaut's OTT reality show and will reportedly participate in the upcoming season of Salman Khan's 'Bigg Boss'. 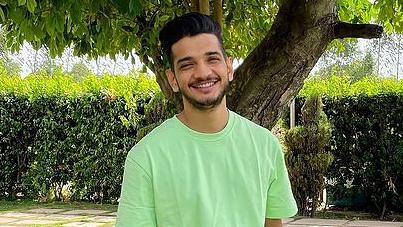