Aarkkariyam review: A Hitchcock-like mystery thriller with a shocking twist

the film successfully manages to impress, engage and shock with its one unexpected twist hitting hard, strongly reminding you of the tactics of maestro Alfred Hitchcock

Set in the initial days of the first nationwide lockdown last year, Aarkkariyam (meaning 'who knows') is a distinctive attempt that refuses to follow the set format of a crime mystery thriller. It neither has that fast-paced, exciting narrative nor many twists and turns thrown at every 10 minutes to keep you glued to the seats. Yet, the film successfully manages to impress, engage and shock with its one unexpected twist hitting hard, strongly reminding you of the tactics of maestro Alfred Hitchcock.

Directed and co-written by Sanu John Varghese as his debut project, the film spells magic through its unpredictable story progression and subtle, relatable performances by the entire cast. Revolving around a couple visiting their father, also trying to get their daughter back from the hostel, the script keeps you fairly involved before it reveals a hidden family secret, which changes the entire scenario.

Excelling in its technical department, the slow burner thriller has eye-catching cinematography, and a brilliantly conceived background score contributing to its overall impact. Particularly the music, gradually moving towards beats beginning from the solo guitar notes, creates a perfect mood for the film heading towards a thought-provoking climax.

In short, Aarkkariyam points towards the secrets every family has in its forgettable past. At times they are revealed by repenting upon the unintentional misdeeds, but there are instances, when they just remain secrets, never disclosed by anyone keeping the sanity alive. Returning to the Hitchcock reference, if you have seen and loved the famous TV series by the maestro titled ‘Alfred Hitchcock Presents’, then this will be a perfect watch, making you recall many of its exceptional episodes, and their thoughtful endings.

Read Also
Covid-19 effect: Regional cinema gets a new lease of life on OTT platforms amid the lockdown 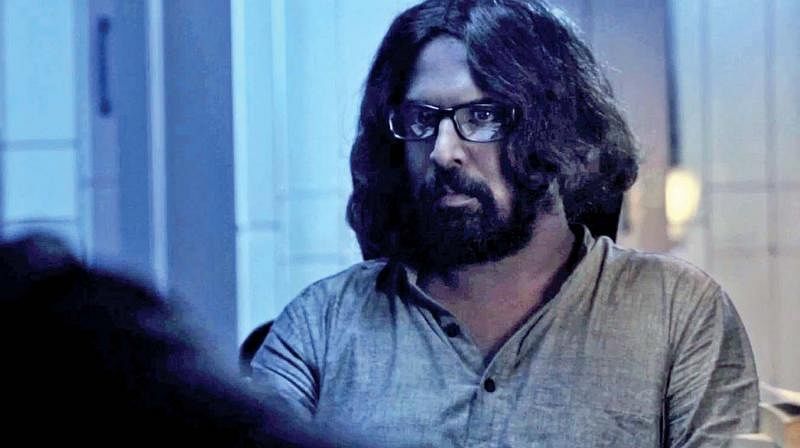 HomeEntertainmentAarkkariyam review: A Hitchcock-like mystery thriller with a shocking twist