School bus operators say that the pick-ups and drops for the children along the roads are being captured on CCTV cameras and operators are being fined for it.

Mumbai: Ugly traffic snarls because of school children getting into school in the mornings and exiting in the evenings is a common grouse and sight in Mumbai. The chaos is caused by school buses and private pick-ups and drops.

But now a new problem is affecting school bus operators in the city. They say that the pick-ups and drops for the children along the roads are being captured on CCTV cameras and operators are being fined for it.

They are also being pulled up for altering seat arrangements in the bus. School bus operators say the fines cumulatively now run into lakhs of rupees. What is bothering the school bus operators?

Noble Antony, a committee member of the Mumbai Bus Malak Sangathan (MBMS), and the Director of ComfyBus, says that the Mumbai Traffic Police and the city transport officers are partial when it comes to government vehicles vis a vis private ones. "For the same violations committed, the penalties for government vehicles are too lenient, while harsh actions are being taken against private vehicle owners like ours.”

Mr Antony added, “One of the reasons we are being fined is the emergency doors of our buses being blocked by seats. But at the time of the vehicle’s registration, why was this issue  not raised? He further added that his drivers get suspended for a period of 3 months straight.

The Joint Secretary of the MBMS, Shahid Shaikh, who is also a school bus operator and runs school buses across the city says that while authorities want the law to be enforced, they have themselves not been providing necessary facilities. He mentioned school bus badges are mandatory for drivers. “However, despite us paying several visits to the respective Regional Transport Offices (RTOs), we are not being given the badges in time. As a result, when the drivers are detained by the traffic police, they are fined for driving without badges.”

He then said that both drivers and bus owners are often even levied a fine of INR 5,000 each for the disparities.

Shahid asserted that due to the pandemic, buses were not operational for about two years, the engines have been giving a bit of an issue. "We then have to outsource vehicles from other agencies, which do not fall under the ‘school permit law’. I agree those laws are for the safety of students but often such buses are seized too.”

The operator further decried that they are issued challans for other issues too like blowing the horn or taking halts in the second lane because the first lane is occupied by vehicles or hawkers.

How do the authorities defend themselves against such allegations?

Abhay Deshpande, the Deputy Transport Commissioner (M-2), contradicted the allegations by the MBMS. He said, “At the time of vehicle registration, we follow a certain process. While registering the vehicle under any permit, we record a video of the vehicle from inside as well as outside. We only register it if we find the motor vehicle completely okay.” He affirmed that the process of registration at the RTO is only for a day. For the remaining 364 days, bus operators can add or remove seats according to their convenience. “So, the allegation that we fine them for emergency exits being blocked by seats, which were there even during the registration makes no sense.”

“We agree that our replies to grievances are usually similar. However, when we feel the need to elaborate, we do send an elaborate reply as well. Secondly, we don’t make challans for buses unnecessarily. If the bus is parked in the second lane, even after the first one is empty, only then do our officers click photos or make Challans,” said a senior official of the Mumbai Traffic Police, on request of anonymity.

Mrs Kalyani Arumugam, the Principal of Matunga’s SIES High School said, “Out of the total 2,275 students of our school, about 850 travel in various school buses. Most of the buses take at least 10 halts with three to five children boarding the bus at each one.” She then stated that the school hasn’t ever faced a situation wherein the students were detained along with the vehicle by the authorities. The same was reiterated to the Free Press Journal by bus operator Shahid Shaikh. He said that “authorities ask us to drop the students and then go back to face the music.”

Read Also
Maharashtra: Is SSC board losing popularity among parents in the state? 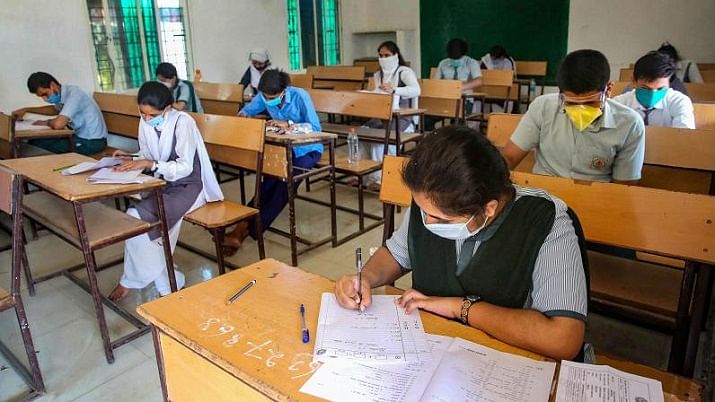