The five staff members who run the night canteen from 3:30 pm to 3 a.m., were interrogated at the Powai Police Station

The Free Press Journal learnt that only hours after the IIT Bombay MMS incident, emails were dashed to students reinforcing rules which restricted the movement of males in ladies’ hostels.

An indefinite closure of the night canteen was also communicated. The email apparently reminded the students of the code of conduct that must followed within  hostel premises.

On Sunday evening, a night canteen worker from IIT Bombay was arrested for peeping on a resident while she was in the bathroom. The student spotted a mobile phone looming outside the window of the H10 girls' hostel bathroom, she raised an alarm immediately. She called her friends for help and reported it to the college authorities.

H10 and H11 are the two buildings that make up the girls’ hostels inside the campus. Rules stipulate that male friends and family members are allowed to visit students living in these hostels from roughly 7:00 am to 9:30 pm, provided the female residents update the entry book, present their IDs, and accompany them.

While officially the institute did not want to reveal much more,  an update in IIT-B’s official students college magazine Insight,  reveals a few critical details.

When asked, the Dean of Student Council Affairs at IIT-B said he had nothing further to say besides the official statement. The IIT-B in its official statement explained, "The investigation, including cyber investigation, is being carried out by the Mumbai police. The Institute, as per the initial report, is not aware of any footage being shared from the phones confiscated from the culprit.

We are in discussions with the students to see what other additional steps we can take. IIT Bombay stands with its students and we will do everything in our capacity to ensure the safety and security of our students.”

The FPJ also learnt that as  only men present in the hostel building, the night canteen staff were the first to be inspected. The five staff members who run the night canteen from 3:30 pm to 3 a.m., were interrogated at the Powai Police Station, after which one of them was arrested for under 354c of the Indian Penal Code(Voyeurism) by Investigating Officer S Sawant at Powai police station.

(This section of the IPC states that it is a crime to view or capture an image of a girl or woman going about her private acts in a place where she believes no one is watching. This includes a woman who is undressed or in her underwear, using a toilet, or engaged in a sexual act.)

The bathroom in the ‘N’ wing of the H10 building is attached to a small platform jutting out of the building, which probably helped the worker stand and record say students who have seen the location. The canteen worker reportedly climbed up a pipe to access this platform.

Gaps in the ducts, which may have been used by the staff member to climb have now been closed according to IITs official statement   Incidentally, the  night canteen was closed  on Sunday due to the ongoing pest control, while the staff remained on site.

The night canteen for H10 has been indefinitely closed and will only be opened when the institute gets female staff to run it. “I used to eat at the night canteen regularly, it is unnerving to think how one of the staff members could do this,” said a Ph.D. student residing in the hostel.

According to students the FPJ spoke to, CCTV footage from outside the hostel building could not be produced due to broken cameras. The FPJ learnt that the authorities have assured of installing new CCTV cameras. 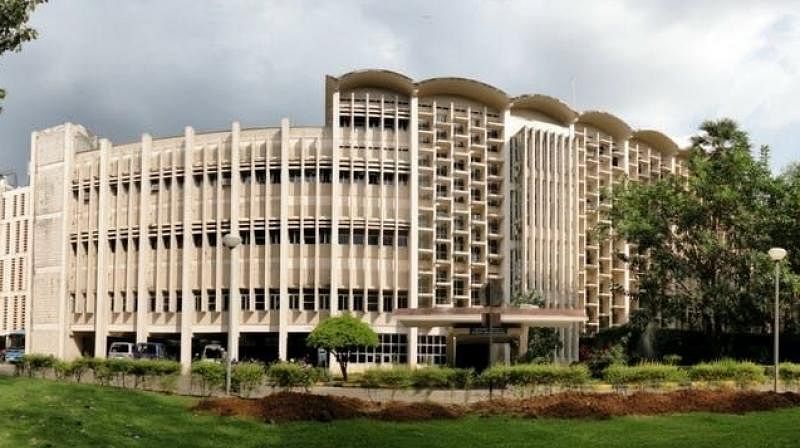