Lieutenant Governor Manoj Sinha said that government schools enrollment rate in Jammu and Kashmir was steadily falling before 2019, but in the last two years, it has increased by 14.5 percent.

Govt school enrollment rate has risen by 14.5 percent: J&K LG |
Follow us on

On Saturday, Lieutenant Governor Manoj Sinha said that government schools enrollment rate in Jammu and Kashmir was steadily falling before 2019, but in the last two years, it has increased by 14.5 percent. Sustained efforts were being made for early childhood care and education as recommended by the national education policy, he added.

"In the three years before 2019, there was a continuous decrease in enrolment in government schools. However, in the last two years, enrolment has increased by 14.5 per cent," the L-G said, addressing the annual day function at the Devki Arya Putri Pathshala.

He said several interventions were made in the education sector of the Union territory in the last two years, and efforts were being made to provide quality education to children. Under the 'Aao School Chalein Campaign', the UT administration has enrolled 1.65 lakh children in the last one year, and the 'Talaash' app is being used to identify those who had to drop out of schools due to some reason in the past few years, he said.

Till now, 86,000 such boys and girls have been identified, and they are being enrolled, the L-G added. Despite constraints, 1.24 lakh children were enrolled for early child care education, and it has been decided that this year, 2,000 kindergartens will be established, he said.

"This year, we have decided that 14,000 girls will be provided NEET coaching, the expenditure of which will be borne by the administration," Sinha said. 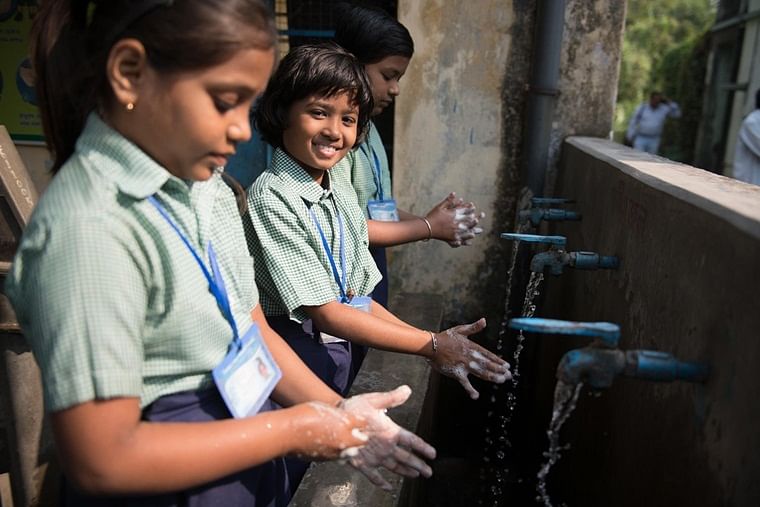