Body of Indian student killed in Ukraine arrives in Bengaluru

Body of Indian student killed in Ukraine arrives in Bengaluru |

Bengaluru: Amid touching scenes, the body of Indian student Naveen Shekarappa Gyanagoudar, who was killed in shelling in Ukraine's Kharkiv on March 1 in the ongoing Russia-Ukraine war, arrived here Monday.

The body was received by family members of the deceased student. Karnataka Chief Minister Basavaraj Bommai and senior officials were also present at the airport.

The family members paid their last respects to Naveen followed by the Chief Minister, who laid a wreath on the body. Bommai also handed over a cheque of ₹ 25 lakh to the family of Naveen and promised a job for a family member.

Later, his body was taken to his village in Haveri district where thousands paid their respect.

His body was donated for medical research. "My son wanted to achieve something in the medical field, but that did not happen. At least his body can be used by other medical students for studies. That's why, we at home, decided to donate his body for medical research," Naveen's father said.

"I thank the Central Government for making efforts on bringing back the body of Naveen. It is unfortunate that we lost him in the shelling," Mr Bommai said while addressing the press outside the airport.

21-year-old Naveen was a student of the Kharkiv National Medical University and was reportedly standing in a queue to buy food for his colleague when he was killed in Russian shelling. 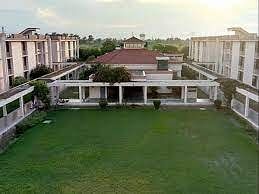 HomeEducationBody of Indian student killed in Ukraine arrives in Bengaluru