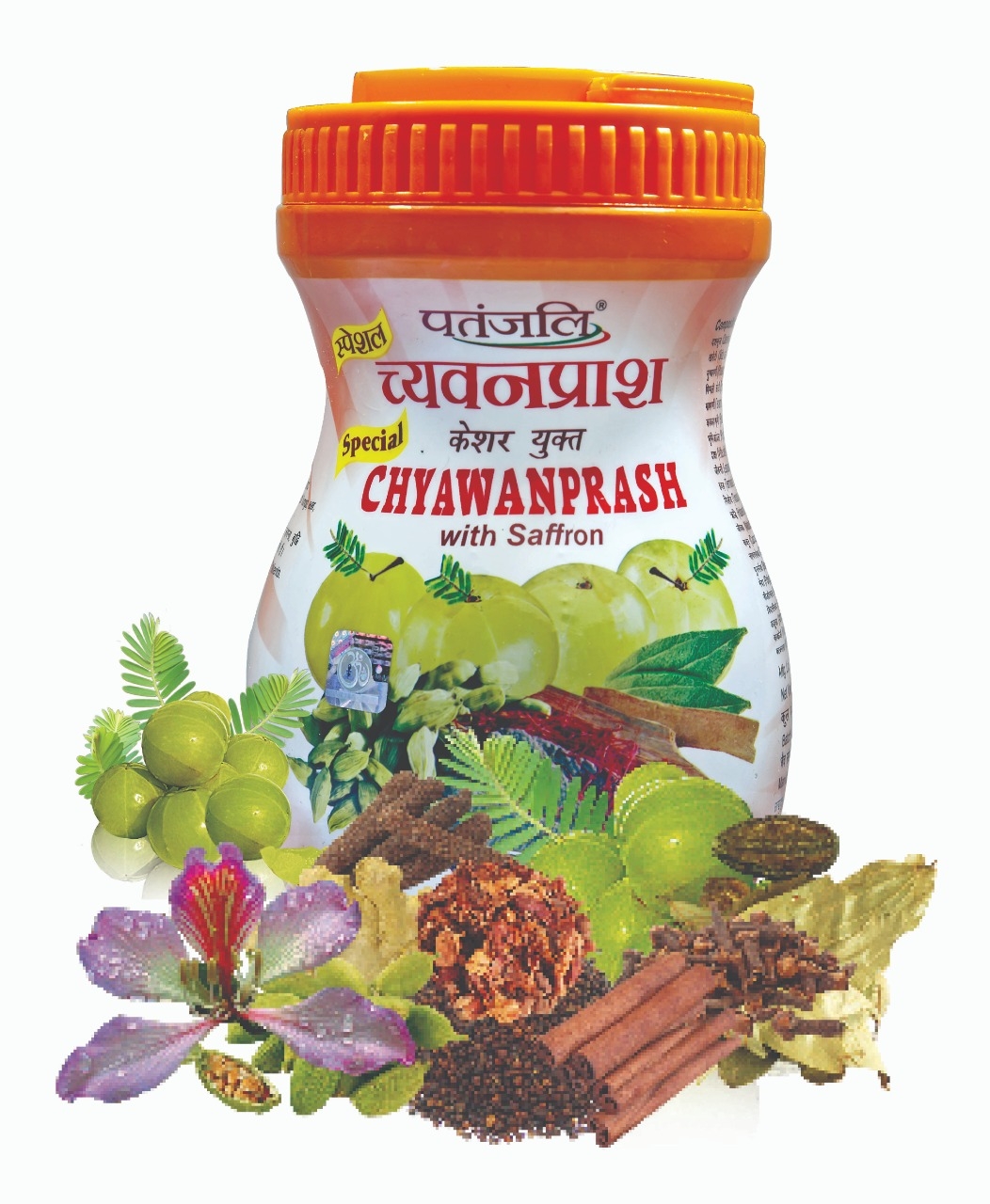 Patanjali Yogpeeth, through Patanjali Research Institute (PRI), is engaged in developing research-based scientific evidences for the functioning of Ayurvedic medicines. This has resulted in the evidence-based development of Ayurvedic medicines, like, Coronil, Lipidom, Madhugrit, Thyrogrit, Peedanil Gold, Orthogrit, etc. Team of scientists at PRI have now added the scientific validations of a well-known ancient Ayurvedic medicine, Chyawanprash. Acharya Balkrishna, General-secretary, Patanjali Research Foundation Trust, has identified these findings as yet another landmark achievement in deciphering the ancient Ayurvedic knowledge in the light of modern science. Acharya Jee has emphasized this is a pioneer study that scientifically validates Chyawanprash, a daily used holistic Ayurvedic medicine. Chyawanprash is mostly recommended during winter, when we are more susceptible to cough, cold and fever. However, until now, there was no scientific proof of its health benefits. Now the scientists of Patanjali Research Institute, have discovered how Chyawanprash helps our body in fighting against inflammation, fever, cough and cold. The findings from this study has been published in ‘Frontiers in Pharmacology’, a well-recognized, high impact factor international scientific journal in the field of pharmacology (the branch of medicine concerned with the uses, effects, and modes of action of drugs). The research paper is now available at the journal website (https://www.frontiersin.org/articles/10.3389/fphar.2021.751576/full) freely for its readers.

This achievement is none short of a breakthrough in presenting the ancient Ayurvedic knowledge in the light of modern science, believes Acharya Jee. He also hopes that this global scientific acclamation is the beginning of a new mission that aims at offering the scientific perspective of Ayurveda to the world. In this regard, Acharya Jee assured that Patanjali Research Institute would continue its intellectual and scientific contributions towards the fulfilment of this mission, which is believed to offer a better global understanding of the science behind Ayurveda.

According to the scientific details, shared by Dr. Anurag Varshney, the vice-president of Patanjali Research Institute, the scientists conducted the studies with Chyawanprash on human immune cells, and on zebrafish model of disease caused by infections which arises due to a process, called inflammation. Dr. Varshney said that zebrafish do get inflammation just like humans and show modified immunity states, including fever. As fever weakens our body and make us feel tired, similarly, disease modeled zebrafish with fever were found to be less active. Dr. Varshney and his team of scientists found that when these zebrafish were fed with Patanjali Special Chyawanprash, the fever and its biomarker CRP reduced to normal levels. Their activeness increased, and they showed better agility and locomotory behavior. There are certain bio-molecules, called cytokines, like, IL-6, IL-1β and TNF-α, which are responsible for inflammation and have been used as its indicators. Patanjali Special Chyawanprash also reduced the levels of these indicators of inflammation, in a dose dependent manner.