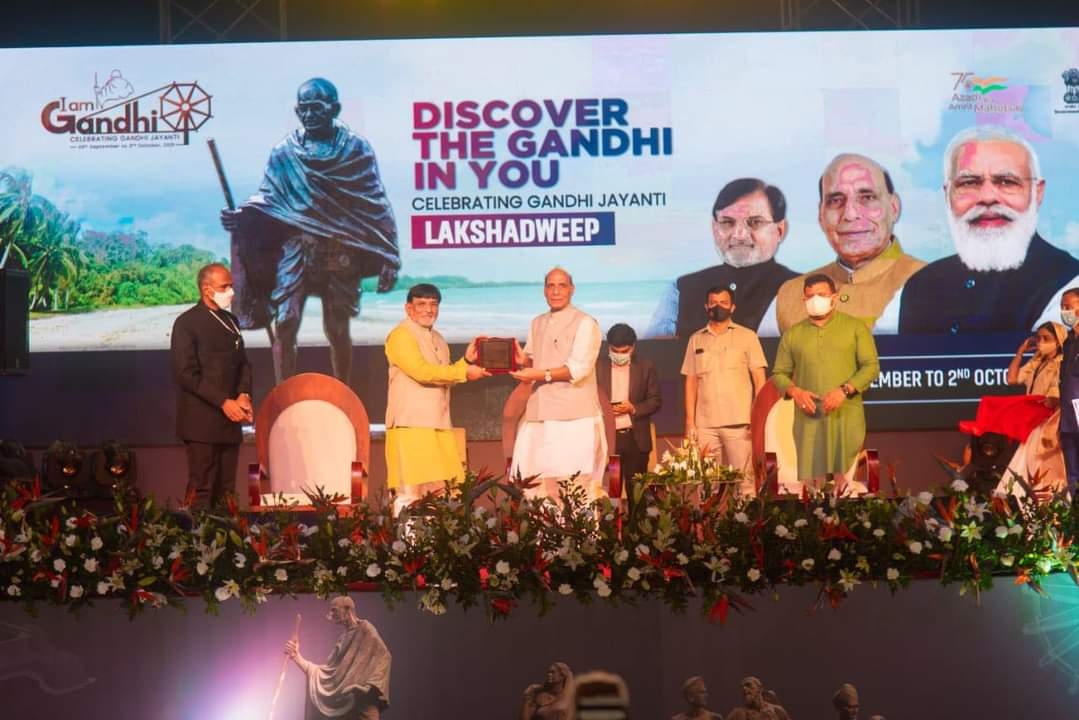 On the occasion of Gandhi Jayanti, the country's Defense Minister Rajnath Singh unveiled the statue of Mahatma Gandhi by reaching the Union Territory of Lakshadweep.