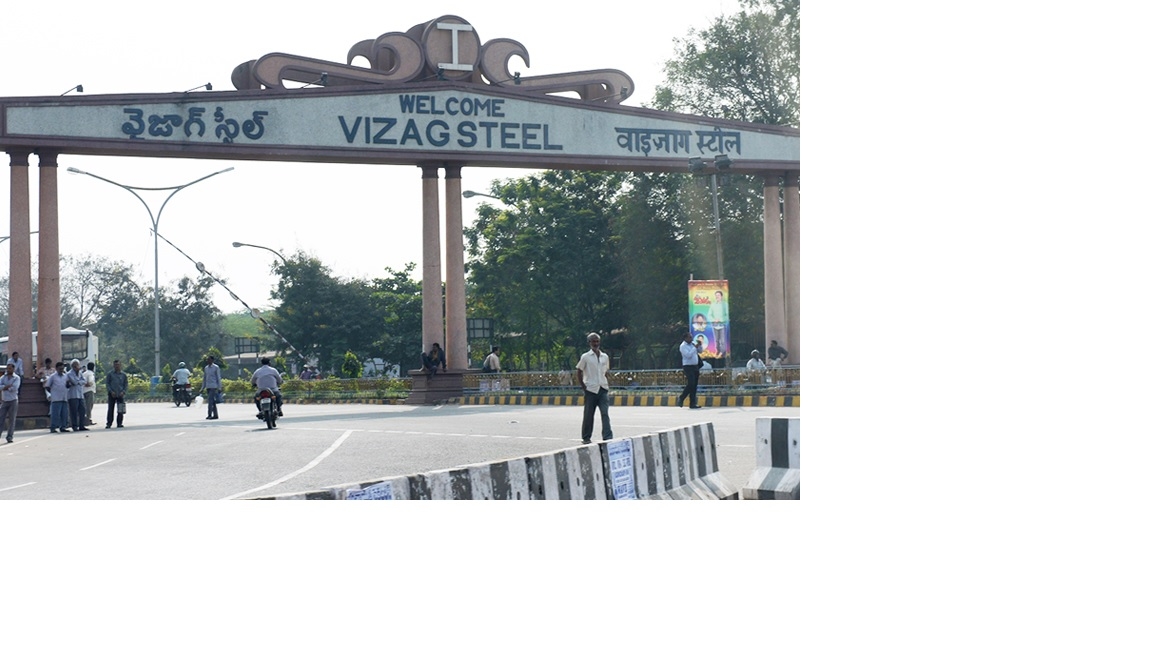 The sit-in was organised by Visakha Ukku Parirakshana Porata Committee, which is spearheading the agitation against the strategic sale of Rashtriya Ispat Nigam Ltd (RINL), the corporate entity of Visakhapatnam Steel Plant/ Representational image |

Employees of Visakhapatnam Steel Plant on Thursday staged protests demanding a halt to the process of appointing legal advisors for privatization of the public sector undertaking.

Raising slogans against the central government, the employees staged a sit-in at the main gate of the plant. They demanded that the online process for appointment of legal advisors be stopped immediately.

The sit-in was organised by Visakha Ukku Parirakshana Porata Committee, which is spearheading the agitation against the strategic sale of Rashtriya Ispat Nigam Ltd (RINL), the corporate entity of Visakhapatnam Steel Plant.

Raising slogans of 'Visakha Ukku Andhrula Hakku', the employees demanded the Centre to immediately stop the process of privatization

The committee leaders warned the steel plant management that they will not allow any advisors appointed by the Centre for the 100 per cent disinvestment of RINL to enter the steel plant.

They alleged that the BJP government at the Centre was trying to hand over the steel plant to the party's henchmen.

Cabinet Committee on Economic Affairs (CCEA) on January 27 gave its 'in-principle' approval for 100 per cent disinvestment of government stake in RINL along with RINL's stake in its subsidiaries/joint ventures through strategic disinvestment by way of privatisation.

The employees have been strongly opposing the privatization move. They formed a committee to spearhead the protest. The committee leaders warned that Telugu people will not stay quiet if the plant, which has been providing succour to over a lakh people, is privatized.

Despite the agitation by employees and opposition from the state government, the Department of Investment and Public Asset Management (DIPAM) of the Union Finance Ministry expedited the privatisation proposal.

It recently issued separate notifications seeking request for proposal (RFP) for engagement of a legal advisor and a transaction advisor for 100 per cent strategic disinvestment of RINL and its stake in its subsidiaries and joint ventures.