US making a fast comeback in Q4 and next year will be phenomenal: Trump

With several states taking steps to reopen businesses, which were abruptly shut down due to coronavirus, US President Donald Trump exuded confidence that the fourth quarter of this year and the next year would be "phenomenal" in terms of economic growth.
Agencies 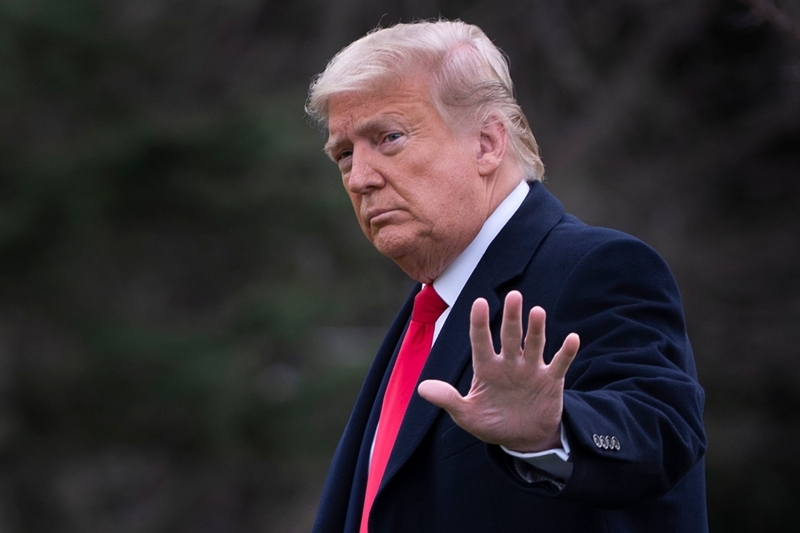 He also slammed "one country" for the economic slowdown due to the virus, which originated in China in mid-November and swirled through the world, killing at least 2 lakh people, mostly in the US.

"Nobody except one country can be held accountable for what happened. Nobody is letting anybody here. We're looking at a group of people that should have stopped it at the source," Trump said.

"Now we're making a comeback... I can tell you the third and fourth quarter, in particular, are going to be I think spectacular. We were talking about with the executives. I think we're going to have a phenomenal third quarter," Trump told reporters on Monday.

Both the International Monetary Fund and the World Bank has said that the American economy is in recession. A top White House official told reporters that the US is likely to experience a 20-30 per cent decline in the GDP in the second quarter, the worst since the Great Depression.

Trump said the US economy would not do well in the second quarter, but will pick up in the third.

The president exuded confidence as several states started talking step to open up their economy and there were signs in decline in the death rates and new cases of coronavirus.

"All parts of the country are either in good shape,..in all cases getting better and we are seeing very little that we are going to look at as a superseding hotspot. Things are moving along. Really a horrible situation that we have been confronted with, but they are moving along," he said.

"As we express our gratitude for these hard-fought gains, however, we continue to mourn with thousands of families across the country is loved ones have been stolen from us by the invisible enemy. We grieve by their side as one family. This great American family and we do grieve," he said.

By Monday, more that 56,000 Americans had died due to the virus and over 10 lakh people have tested positive for COVID-19. The United States tops in the list of deaths and cases in the world.

"We also stand in solidarity with the thousands of Americans who are ill and waging a brave fight against the virus. We are doing everything in our power to heal the sick and to gradually reopen our nation and to safely get our people back to work. They want to get back to work, and they want to get back to work soon. There is a hunger for getting our country back, and it is happening, and it is happening faster than people would think," he said.

Responding to questions, Trump said his administration is recommending states to reopen their economies as quickly as possible but safely.

"We want everyone to be safe and I think you are seeing that. You're seeing a lot of governors get out and they want to open it up. Many are thinking about their school system not a long way to go in the school system right now for this season, for this year but I think you will see a lot of schools open up even if it's for a very short period of time," he said.

"I built the greatest economy in the history of the world. And one day, because of something that should have never been allowed to happen, we had to close our country. We had to close our economy," Trump said.