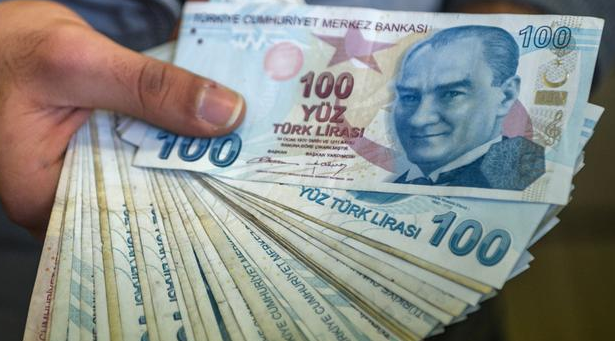 On Thursday, one dollar was traded at 9.49 Turkish liras after Turkey's central bank surprisingly cut its policy rate by 200 basis points to 16 per cent/ Representational Image |

People in Turkey are raising concerns about the country's future, as the Turkish lira tumbled to a historic low against the greenback.

At 2 p.m on Thursday, one dollar was traded at 9.49 Turkish liras after Turkey's central bank surprisingly cut its policy rate by 200 basis points to 16 per cent, reports Xinhua news agency.

The digital boards of foreign exchange offices at Istanbul's Grand Bazaar, the heart of markets, were temporarily darkened with all the transactions halted.

Live broadcasts from the area showed many shop owners and commissioners hitting the phones to get the latest news.

Citizens, including business owners, who wanted to assess their savings, also flocked to exchange offices but saw closed doors.

Mehmet Ali Yildirimturk, a business owner at the Grand Bazaar, said the markets had predicted that interest rates would not change or would drop by 50 basis points to 100 basis points the most before the final decision came as a surprise and caused panic and chaos.

"We need stability. The fluctuation harms the entire business world as we are having difficulties in setting up our prices," Yildirimturk was quoted as saying by a local broadcaster.

Nazim Sahin, who was a livestock farmer in a village nearby, watched the latest news on the television at a neighbourhood coffee house in Istanbul's Besiktas district and said he was worried about the currency slump.

"When the value of the dollar increases, the prices of imported animal feed rise proportionally," he told Xinhua, noting that he might not stand the increasing prices any longer.

People on social media platforms also voiced their concerns about the future. "Everything that is already very expensive will be even more expensive," Guner Sonmez, a radiology specialist, tweeted.

"It is difficult for even a civil servant to make a living under these conditions." Turkey has long been struggling against high inflation. The annual inflation soared to 19.58 per cent in September.